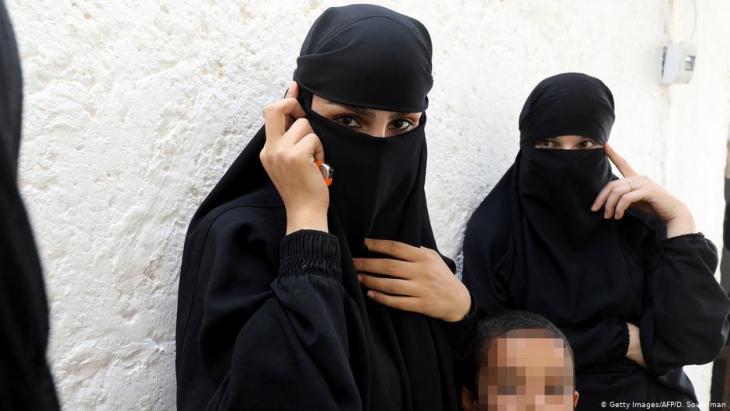 Worldwide, the number of women joining the “holy war”, or jihad, is increasing. What causes them do so? And what role do they play within jihadist organisations? Two Jordanian Islamism experts have devoted their most recent study to exploring just these questions

From a Western perspective, it is difficult to understand why women would give up their freedom to wear a full-body veil and submit to strict patriarchal rules. But it is precisely under the particularly strict regime of IS that the number of female recruits has risen sharply in recent years. So far, there have been few studies on the subject. With their book "Dschihadistinnen – Faszination Maertyrertod" (Jihadist women – the fascination of a martyrʹs death) the authors Hassan Abu Hanieh and Mohammad Abu Rumman fill the gap.

In fact, the active role of women in Islamist movements is quite a new phenomenon. Until the beginning of the century, the role of women was limited to that of bearing and educating children in the name of jihad and supporting the fighters. This, however, changed as IS grew stronger.

Compared to al-Qaida and other jihadist organisations, IS has better means of propaganda and recruitment, is much more present in social media and offers communication in more languages. With the capture of the cities Raqqa in Syria and Mosul in Iraq and the proclamation of the caliphate in 2014, hundreds of women from all over the world joined the terrorist militia.

While women are still hardly present in leading positions of IS, they play a much more active role than they used to by performing administrative and logistical tasks. Hanieh and Rumman stress that their role in IS communication should not be underestimated, as this gives them the opportunity to influence the actions and development of the group. 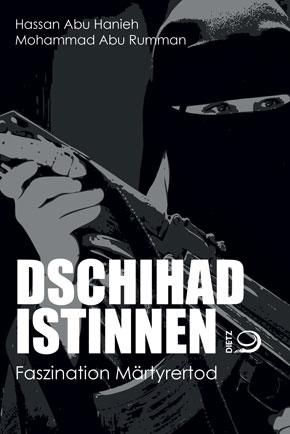 In their study, the authors dispense with the cliched notion of jihadi brides and the religious brainwashing of uneducated, desperate or naive women. It is not destitute women who opt for jihad, but rather academically educated, often well-off women

Hanieh and Rumman emphasise, however, that female jihadists are by no means more feminist or secular than their male counterparts. They are just as strictly religious and subject themselves to archaic and patriarchal dogmas.

The second part of the book consists of case studies of some 50 women from North Africa, the Middle East, Saudi Arabia, Europe and the USA. As it is hard to find reliable sources on the topic, the study is mainly based on written and oral testimonies of the women themselves, or of the people around them, but also on documents and court judgements. The study is not therefore representative. Nevertheless, the authors manage to give a clear picture of the womenʹs various motivations – and thus provide important hints for radicalisation prevention.

The authors challenge the stereotypes of jihadi brides or religiously brainwashed, uneducated, desperate or naive women. They argue that it is not the uneducated destitute women who join IS. Most of them are academically educated and often well-off, as can be seen in the stories presented by Hanieh and Rumman.

In nearly all cases, there is a turning point in the women’s lives that prompts them to leave their lives behind and join the armed conflict. Important factors are:

firstly, the changing global political situation (e. g. the invasion of Iraq and Afghanistan or the Syrian conflict) and the often associated humiliation experienced by Muslim societies; secondly, the treatment of brothers, fathers and husbands in imprisonment; and thirdly, the loss of family members.

In conflict areas women not only suffer from war and misery, but also from feelings of revenge and injustice. In the west, Muslim women struggle with the question of self-definition and personal cultural values. The virtual world as well as social relations and mutual influence of other women play a distinctive role in their radicalisation.

The authors conclude that women are driven to join IS for both political and personal reasons. They explain how the jihadist organisation appears to offer an allegedly "alternative political project" to both the contemporary west and to Arab regimes.

Although – according to media reports – IS has forfeited much of its strength and influence around the world, it is still a force to be reckoned with. Its ideology remains anchored in the minds of women and men worldwide. We can only tackle IS effectively by solving the problems that lead to such a radicalised mindset.

Home
Print
Newsletter
More on this topic
"Women of the Islamic State": Prisoners of a barbaric systemThe IS manifesto for women: Baiting the jihadi bridesInterview with the sociologist Farhad Khosrokhavar: Radicalisation in the suburbs
Related Topics
'Islamic State' | IS, Al-Qaida, International terrorism, Islamism | Political Islam, Jihadism | Jihadists, Muslim women, Women in the Islamic world
All Topics

The devaluation of the Egyptian pound combined with rising food prices is taking its toll on Egypt. More and more people are slipping into poverty. Karim El-Gawhary reports from ... END_OF_DOCUMENT_TOKEN_TO_BE_REPLACED

Since returning to power in Afghanistan, the Taliban have steadily eroded the rights and opportunities of women and girls, particularly their access to education. But Afghans are ... END_OF_DOCUMENT_TOKEN_TO_BE_REPLACED

The book "The Invention of the Maghreb: between Africa and the Middle East" prompts us to review basic terminology. This includes terms that we use almost every day as if they are ... END_OF_DOCUMENT_TOKEN_TO_BE_REPLACED

Tunisia has been going through a severe economic and political crisis in recent years. More than one in three young people there are unemployed. For many skilled, qualified and ... END_OF_DOCUMENT_TOKEN_TO_BE_REPLACED

At the end of every year, the team at Qantara.de gives you a run-down of the ten most-read articles on the site over the past 12 months. Here is a quick overview of the stories ... END_OF_DOCUMENT_TOKEN_TO_BE_REPLACED

The government in the Netherlands, one of the last European nations to abolish slavery, has made an historic apology. But some feel that there is still a long way to go. By Ella ... END_OF_DOCUMENT_TOKEN_TO_BE_REPLACED
Author:
Dagmar Wolf
Date:
Mail:
Send via mail

END_OF_DOCUMENT_TOKEN_TO_BE_REPLACED
Social media
and networks
Subscribe to our
newsletter