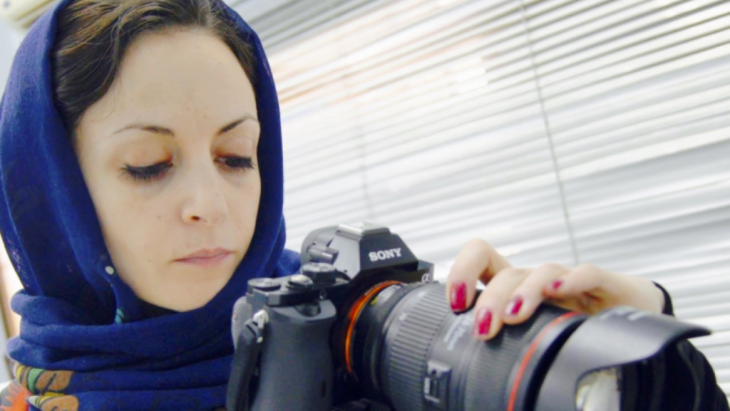 Jeem is a new website for young, Arabic-speaking people, dealing with the topics "love, sexuality and society". The idea was first conceived in 2015, when the team at the Goethe-Institut in Cairo wanted to establish a digital project for youth in the region. This is an excerpt from an article by Afrah Nasser about four Yemeni artists who have been affected by war and displacement

Contrary to what is commonly believed, namely that female artists work in a male dominated world and that their work is marginalised compared to the huge interest taken in men's art work, in Yemen the situation is different. In my ten-year experience in covering Yemen, I saw women and men equally represented in the Yemeni art movement. All are marginalised and do not get any media attention, and their work and talent is not well or sufficiently documented.

Sara Ishaq is one of the most important Yemeni artists of the young generation who found their voice with the outbreak of the revolution in Yemen in 2011. After ten years of absence in Scotland, she has been documenting daily life, details about the political and social reality. Her two short films, one about a woman demonstrating on Taghyeer square in Sanaa or her film "Stranded" about Yemenis stranded in Egypt in 2012, demonstrate the importance of her camera documenting critical moments in the memory of the Yemeni citizens.

In an interview with Sara Ishaq, which I conducted in Sanaa, she told me that in war or peace, filmmaking plays an important role for Yemen's youth. It is an empowering tool and it enriches dialogue and public opinion. "Generally, the making of art in times of war is therapeutic. Here, it is the same for the makers of film as well as for the audience. Movies help us to express ourselves and to enrich the views of others away from stereotypes." 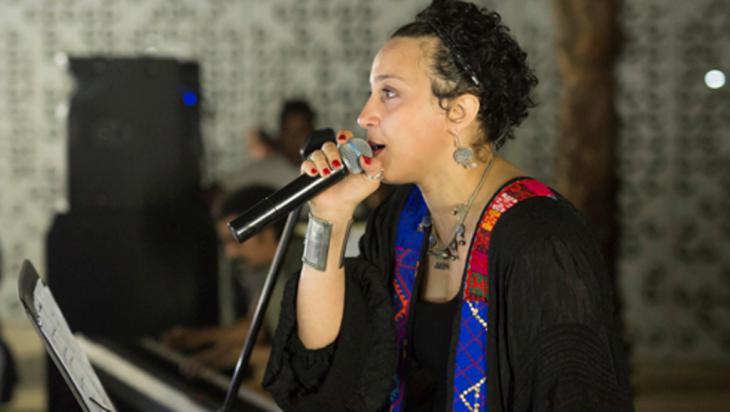 Jeem is a new website for young, Arabic-speaking people, dealing with the subjects of love, sexuality and society. It is the brainchild of the Goethe-Institut in Cairo. Pictured here: Egyptian singer Maryam Saleh at the launch of Jeem in Cairo

The young Yemeni painter Haya El Hammoumi experienced something similar. The 23-year-old tells me over the phone from Sanaa that painting to her is a way of adapting to reality and coping with the pressures. "I paint because this is how I best express myself and my surroundings."

Haya started exhibiting her paintings publicly in 2014 at the time when the civil war broke out in Yemen with the invasion of the capital Sanaa and public institutions by the Houthis. Since that time, Haya has been drawing to express her emotions. Her works "The Victim" or "Cry of Anger" were painted in times when she wanted to depict the state of society as a victim of a raging war that wants to scream into her face.

On a refugee boat to Djibouti

Methal is a Yemeni singer and guitar player who has received a lot of support. Her star began to rise after her cooperation with "X Ambassadors" last year when they debuted a joint song called "Cycles" as part of the "I Am with the Banned" campaign, in solidarity with the countries whose citizens were banned from entering the United States by President Donald Trump's executive order. Since the 2011 revolution in Yemen, Methal has been composing, singing and distributing her songs, especially the English-language ones.

In an interview, she tells me how she had to face lots of harassment in Yemen when she started. "I would get hate mail and people harassed me because I sing in open and mixed places. It kept increasing so I stopped singing in 2014 and disappeared from public life. When the war started, I took my guitar and went on a refugee boat to Djibouti. There I played for a while in hotels to make a living. During that time I worked on marketing my work on the internet. I received invitations to participate in events to represent Yemen in Germany and Canada. After that I settled in Canada." 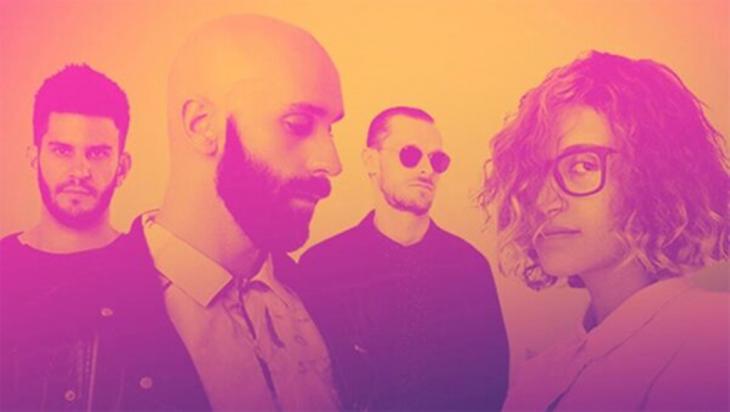 Methal and the "X Ambassadors" last year released a song called "Cycles" as part of the "I Am with the Banned" campaign, in solidarity with the countries whose citizens were banned from entering the United States by President Donald Trump's executive order

From her new home in Prague, where she has been based since the war broke out, Rim Megahed's words take you back to Yemen. The social researcher and writer expresses her nostalgia for Yemen in stories that amaze with their realism and expressive common meanings for every Yemeni man and woman. When I met Rim in Prague at the beginning of this year, she confessed to me how she tries through these stories to communicate once more with the little Rim that grew up in one of the villages of Taiz – the village girl.

On the pages of Lebanese Assafir newspaper, Rim has so far published six stories: "Blouse", "Wedding", "Escape", "Theft", "Displacement", and "Road". Not much time passed until the editorial team of Assafir realised her talent. They offered to publish her stories on one page: "The young Rim Megahed has amazed us. Each of her stories is a picture from a different angle of the Yemeni landscape today, or a script for a film that has all the ingredients to be made. She amazes us and we realise that we are discovering an amazing storyteller."

These are four examples from a long list of names of Yemeni female artists facing war and displacement. They are armed with their creativity and passion for filmmaking, painting, singing and storytelling. Not much has been written about Yemen and the war yet and we are in constant need to document the work of male and female artists.

This is an edited version. The original piece can be read here.

Welcome to the world of Al Qasar, where Arabic music collides head-on with punk and psychedelic to create something powerful and beautiful. "Who Are We" is a raucous, subversive ... END_OF_DOCUMENT_TOKEN_TO_BE_REPLACED

Egyptian authorities have Mada Masr in their sights once again after critical reporting. But the editor of the country's last independent news source is adamant they will continue ... END_OF_DOCUMENT_TOKEN_TO_BE_REPLACED

Like Christianity, Europe's history is one of migration. Both have strong roots in the Orient and in cultures thousands of years old. Cultural historian Bernhard Braun invites us ... END_OF_DOCUMENT_TOKEN_TO_BE_REPLACED

When she ascended the throne, millions of Muslims still lived under British rule. Later, Elizabeth II appealed for tolerance in a multi-religious society. She was the first ... END_OF_DOCUMENT_TOKEN_TO_BE_REPLACED

END_OF_DOCUMENT_TOKEN_TO_BE_REPLACED
Social media
and networks
Subscribe to our
newsletter