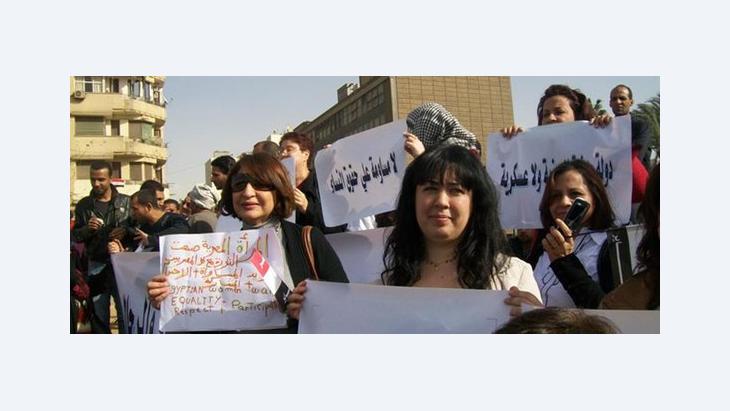 Feminism in the Arab World

﻿The predominant image of Arab societies in the West is that of patriarchal systems, oppressive regimes and women in passive, subordinate roles. ﻿Gema Martín Muñoz argues that in order to fully understand the diversity and complexity of the Arab world and the changes taking place there, the West should take a closer look at how women's lives and roles are changing and at the women that are making things happen

Arab societies often appear rigid and resistant to change to outsiders, because what outsiders see is these countries' ruling regimes, which mostly do resist development and change. But this image is nearly the opposite of reality in Arab societies, where enormous dynamism is opening doors to many types of change, albeit at different speeds and in complex, contradictory ways – particularly when change from below is held back from above.

Consider Arab women. The predominant image is of a passive, exotic and veiled victim-woman who reacts to events instead of actively participating in them. She is an impersonal object of communal stereotypes that sustain cultural prejudices.

In fact, Arab societies are engaged in a process of immense and irreversible change in which women are playing a crucial role. During the last half-century, intense urbanization and feminization of the workforce in all Arab countries has propelled women into the public arena on a massive scale.

During this period, differences in schooling levels between boys and girls have lessened everywhere – though at different speeds. Indeed, in many Arab countries, more girls than boys are now in secondary and higher education, which shows that parents consider their daughters' education to be just as important as that of their sons. And all surveys show that young men and women want to study and have a job before they marry. Moreover, they increasingly want to choose their own partner.

The changing role of women in the family 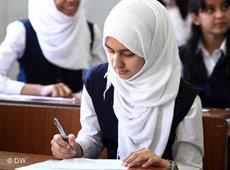 According to Gema Martín Muñoz, girls are fast catching up on boys in terms of education; in fact, in many Arab countries, there are now more girls than boys in secondary and even higher education

​​At the same time, demographic shifts, along with social and economic factors affecting education and work, are forcing profound change on the traditional model of the Arab family. Higher ages for marriage and declining fertility – resulting directly from widening use of artificial contraception – are reducing family size to something much closer to the "nuclear families" of the West. The Maghreb region may lead in this regard, but the phenomenon is observable throughout the Arab world, even in the most rigidly conservative states.

This new family model has gained so much force that it is imposing itself on rural society too, where the decline of the agrarian economy is accompanied by a strong shift towards smaller families. This change is occurring at slightly different speeds across the Arab world, but often it is occurring simultaneously in town and country.

Not surprisingly, these changes have led to a redistribution of power between old and young – and between men and women. We are now witnessing a progressive weakening of patriarchy, reinforced by the shift from traditional to more nuclear families.

Of course, these changes do not mark a sharp break with the past. All change reflects local compromises with tradition and with patriarchal laws, and different rates of adjustment between old and new ways of life. The changes, however, are notably weaker and more complex in countries like Palestine and Iraq, owing to the grave conflicts they have been undergoing. 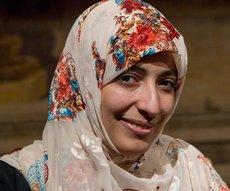 Fighting change by invoking religious norms and traditions: in Yemen, the regime distributed a photo of activist Tawakkul Karman with a male colleague (from which they had edited out all other people) in an attempt to taint her reputation

​​The dynamics of change in Arab societies are rarely accompanied by change in the political system. Most states resist transferring the processes of social transformation into their legal framework. They fear, with reason, that extending freedoms and developing individual autonomy within the family – and so weakening patriarchal authority – could lead to a questioning in the public arena of the ideological basis of state power.

The result is widespread invocation by governments of religious norms and, to a lesser extent, references to tradition in order to legitimize the continuation of patriarchal rule. "State feminism" is generally more a demonstration of rhetoric or political symbolism, concerned primarily with projecting a progressive image internationally, than it is a real motor for change.

Undoubtedly, however, the region's political authorities, no less than families themselves, will be forced to accept the inconsistencies of the traditional model when it comes to the transformation of the condition of women.

Change unnoticed by the West

This change will affect many others, and it must be analyzed from an Arab perspective, as well as from outside that perspective.

This is particularly necessary because the situation of women is one of the main benchmarks that the outside world, and particularly the West, uses to assess the Arab world. And, unfortunately, such assessments tend to focus on the supposed immobilism that derives from Islamic norms, which obscures knowledge of the real changes that are taking place.

Indeed, the predominant view of Arab societies often stifles outsiders' ability to break free of their belief that Islam confines all Arab women in the same way, when in reality they experience very different conditions. This prevents many from seeing, much less evaluating, the deep changes taking place in Arab societies – and how women are driving those changes forward. The West thus risks depriving itself of an important key to understanding the Arab world today and the Arab world as it will be tomorrow.

Gema Martín Muñoz is Director General of Casa Árabe and Professor of Sociology of the Arab and Islamic World at Madrid's Autonomous University.

The rollout of coronavirus vaccines in the Middle East and North Africa is already taking place on a massive scale, with the United Arab Emirates leading the way. Nevertheless, ... END_OF_DOCUMENT_TOKEN_TO_BE_REPLACED

EU parliamentarian Dietmar Koester criticises the Union's failure to speak up when faced with human rights abuses committed by its Middle Eastern allies, while pointing out that ... END_OF_DOCUMENT_TOKEN_TO_BE_REPLACED

Even though Meryem Alaoui's debut novel "Straight from the Horse's Mouth" centres on a female character working in a field – sex work – that is often, at least in Arabic ... END_OF_DOCUMENT_TOKEN_TO_BE_REPLACED

Morocco is aiming to enshrine Judaism as part of its national identity: the "House of Memory" in Essaouira is one step towards realising that goal. The nation’s Jewish legacy has ... END_OF_DOCUMENT_TOKEN_TO_BE_REPLACED

Mass protests began in Egypt on 25 January 2011. They triggered the overthrow of long-time ruler Mubarak. Ten years later, many human rights activists and journalists are in ... END_OF_DOCUMENT_TOKEN_TO_BE_REPLACED

END_OF_DOCUMENT_TOKEN_TO_BE_REPLACED
Social media
and networks
Subscribe to our
newsletter