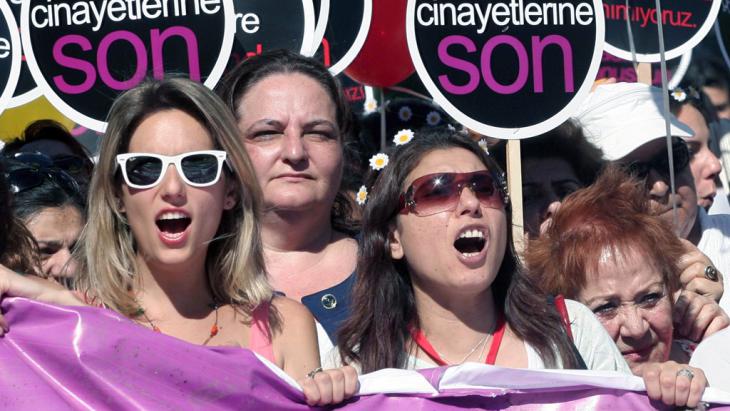 The extent to which the ruling AKP party will be able to reshape Turkey according to Islamist notions will depend in part on whether it is able to impose its conservative policies in the field of women's rights. By Joseph Croitoru

What the AKP cadres think of the Turkish feminists who seem to constitute the last bastion of secular opposition in the country is well known: Prime Minister Ahmet Davutoglu, for example, has called feminism "fatal". Although protests held by feminist activists usually attract a great deal of attention, researchers have yet to examine systematically how much success they have achieved with their reform efforts. A first attempt has now been made by the American political scientist Melinda Negron-Gonzales – who came to a surprising conclusion.

The author discovered that, although the faction of the Turkish women's movement that is pushing for emancipatory reforms has been growing and becoming better organised in recent years, the influence of Turkish women's rights activists is at the same time dwindling. This loss of impact is particularly evident when compared with the results achieved by three feminist campaigns during the earlier phases of AKP rule analysed by Negron-Gonzales.

In the first of these campaigns, the activists, encouraged by their success at reforming the civil code in 2000–2001 to obtain equal rights for women, set out to amend Turkey's outdated penal code. 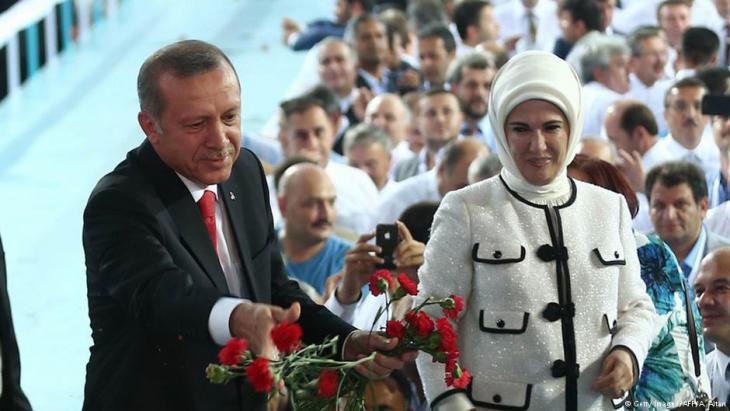 No to emancipation and full social participation: Recep Tayyip Erdogan was already emphasizing his conservative stance towards women back in November 2014. Full equality between men and women goes "against nature ", declared the head of state while attending a conference on women′s rights. The president went on to say that the nature of women and their physicality is simply different to that of men

Their first approach was to lobby members of parliament, only managing in the process, however, to convince a handful of the opposition. AKP representatives, by contrast, refused to entertain their concerns until the women mobilised the media, making the regime’s refusal to engage in a dialogue a headline issue.

In the midst of the ensuing parliamentary debate on the bill, however, the Islamic conservatives back-pedalled and insisted that adultery should be included in the penal code as an offence. The coalition of Turkish women's organisations responded with nationwide protest rallies. These quickly had the desired effect – but apparently only because the criminalisation of adultery envisaged by the AKP had become a subject of dispute with the European Union. As Turkey was in the midst of accession negotiations, the issue was ultimately dropped.

According to the author of the study, pressure from Brussels was therefore the decisive factor in enabling the women's coalition to push through more than thirty changes in criminal law – around three quarters of all amendments made. 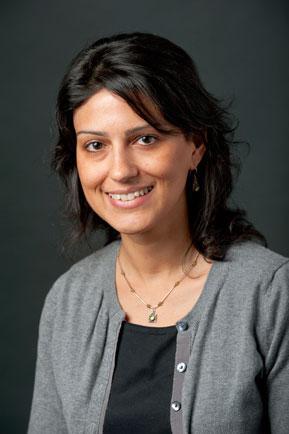 Melinda Negron-Gonzales believes that support from Europe has been an essential ingredient for the success of the Turkish women's rights activists. In her opinion, a decisive role was played not only by the climate of the relations between Ankara and Brussels in each case and the resulting willingness of the ruling AKP to engage in a dialogue; its domestic political dominance was also an important factor

When it came to the second campaign, however, in which the demand was made for a thirty percent quota for women in Turkish politics as of 2002, the "EU factor" could no longer be mobilised. Although the activists of the Turkish "Association for Support of Women Candidates" (KA-DER) asked the European institutions for their support, none was forthcoming, and the initiative ultimately failed.

Lack of support from Europe

Melinda Negron-Gonzales presumes that the reluctance of the Europeans was due to their own disagreement on the subject of women's quotas. The EU responded differently again, however, to the third large protest campaign analysed by the political scientist, which was launched in 2012 and included, among other things, an international petition against the AKP's plans to restrict the right to abortion. The EU delegation in Turkey staunchly sided with the feminists, denouncing Erdogan's statement comparing abortions with the killing of civilians by the military. The Council of Europe likewise came out against the AKP's planned legislation, which was finally retracted.

Based on her research, Melinda Negron-Gonzales believes that support from Europe has been an essential ingredient for the success of Turkey′s women's rights activists. In her opinion, a decisive role was played not only by the climate of the relations between Ankara and Brussels in each case and the resulting willingness of the ruling AKP to engage in a dialogue; domestic political dominance was also an important factor – and one whose impact has steadily grown in recent years.

These days, the women's rights activists thus find themselves confronted by an increasingly powerful hostile media, which is under the sway of the regime. The AKP is furthermore undermining the feminists' efforts by providing tremendous support for a conservative counter-draft, which focuses not on women's rights issues but on the family – and the woman's role as mother. The counter-movement known as "The Turkish Family Platform" (TURAP), initiated in 2012, is a vital component of this effective government strategy.

Turkey's parliamentary and presidential elections are scheduled for June 2023. But they are already casting a shadow. While the opposition is calling for early elections, ... END_OF_DOCUMENT_TOKEN_TO_BE_REPLACED

By stage-managing his re-election in a poll widely dismissed as a farce, Syria's President Bashar al-Assad has killed two birds with one stone: he has forced his compatriots to ... END_OF_DOCUMENT_TOKEN_TO_BE_REPLACED

Recep Tayyip Erdogan, disappointed by the European Union’s reluctance to integrate Turkey into its ranks, has re-directed his country’s diplomacy toward the Maghreb and Africa to ... END_OF_DOCUMENT_TOKEN_TO_BE_REPLACED

Having taken control of the traditional media, Turkish President Erdogan is now extending his reach to the social networks. A new law has been passed to rein in major digital ... END_OF_DOCUMENT_TOKEN_TO_BE_REPLACED

Although a unity government was formed in Libya in March 2021, tensions and possible crises between the political actors are already emerging. What problems does the country face ... END_OF_DOCUMENT_TOKEN_TO_BE_REPLACED

END_OF_DOCUMENT_TOKEN_TO_BE_REPLACED
Social media
and networks
Subscribe to our
newsletter