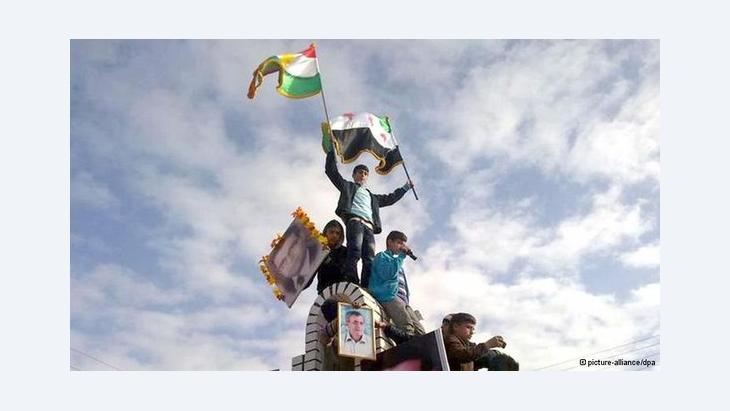 Ferhad Ahma of the Syrian National Council in Germany

''People Are Demonstrating All over the Country''

﻿For over a year, Syrians have been out on the streets, protesting against President Assad regime. Ferhad Ahma, a member of the Syrian National Council, told Kersten Knipp that despite the atrocities there are still positive aspects concerning the country's situation

Syrians have been demonstrating against the regime of Syrian President Bashar al-Assad for over a year now. There's been an incredible amount of violence and bloodshed – if you take stock of the situation, is there anything positive at all?

Ferhad Ahma: Yes, there is. First of all, the revolution continues despite the regime's violent reaction. Day after day, there are about 600 different protest actions across Syria. People aren't just demonstrating in Homs, Idlib or the other hot spots, but all over the country. Thousands take to the streets every day and their numbers are growing. They participate in other forms of protest like strikes and walkouts, too. All of this shows that the Syrian population determined to bring about democratic change after 50 years of dictatorship. They're willing to pay a high price.

Would you say we're witnessing the development of awareness along the lines of a civil society?

Ahma: By all means! Coordination groups are organizing peaceful protests across the country, alongside activities by the Free Syrian Army. In large parts of the country, these groups already have taken on administrative and social tasks the state is normally responsible for. 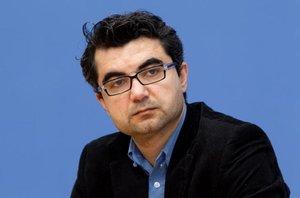 "Most Syrians want democratic change regardless of their ethnic or religious affiliation": Ferhad Ahma is a local Green Party politician in Berlin and member of the Syrian National Council in Germany

​​But the state has meanwhile completely withdrawn for some regions. Some areas no longer have state institutions, so the coordinating groups have taken on a host of different tasks, from makeshift teaching for children to garbage removal.

In addition, they're trying to mitigate conflicts that continue to erupt in such a tense situation. They try to solve problems by talking them over. I feel that's an encouraging signal since it shows that – even after longs years in a dictatorship – people are in a position to take their fate into their own hands and take on responsibility for their communities.

Why has the state withdrawn from some areas?

Ahma: It's playing out its power. Basically, it's a kind of collective punishment. Of course, the state is still in a position to assert itself in a military way. It could also continue to fulfill its civilian tasks – but it is refusing. The result is that in some regions, people have no electricity for up to 18 hours or only receive drinking water once every four days. All of this happens on orders from Damascus and is designed to keep people from taking to the streets in protest.

When citizens complain, authorities reply, this is the freedom you wanted. If they wanted freedom, they have to live with the consequences – and outages of water and electricity are among those consequences.

There's been a lot of speculation about the role of minorities and their attitude towards Assad. How do you view the minorities' political orientation?

Ahma: As a Syrian of Kurdish origin, I belong to a minority, too. There are quite a few in Syria. In general, I have to say that most Syrians want democratic change regardless of their ethnic or religious affiliation. 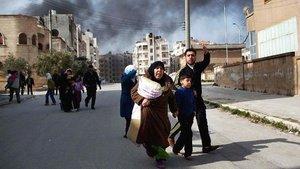 "Clamoring for a military solution": The citizens are weak and can only count on the 'Free Syrian Army', says Ferhad Ahma

​​At the same time, minorities are adamant that their rights be clearly defined in a future Syria. In this respect, the minorities are justifiably concerned. They see that in neighboring countries like Iraq or Turkey, the handling of minorities is less than ideal.

But you're optimistic about the future?

Some Arab countries, above all Saudi Arabia, demand the arming of the Free Syrian Army. What's your position?

Ahma: Following Kofi Annan's mission, the regime in Damascus didn't send any signals that indicated it was interested in political solution. Annan hasn't yet admitted to failure, but his most recent remarks show he's not happy about the response from Damascus. At the moment, he's waiting for additional reaction. But that is forcing the Syrian opposition to choose a different option: a militarization of the conflict.

That raises questions: do we want an international military intervention or should Syrians take matters into their own hands? We have to remember the citizens are weak and can only count on the 'Free Syrian Army'. But the people in the crisis regions, e.g. Homs and Idlib, are clamoring for a military solution. That's something the Syrian opposition can't just ignore. You can't focus on a peaceful or political solution if you're facing a regime that refuses every single proposal.

Ahma: The Syrian National Council has decided to wait for the final results of Kofi Annan's mission. Should the mission fail, the Syrian opposition will urge arming the Free Syrian Army and try to make sure that's implemented, too. That would help protect the civilian population in parts. That's our position at the moment.

How would you react of Assad were to signal that he is prepared to make concessions?

Ahma: Basically, we're suspicious. We want to see clear steps and the first one would be: Assad steps down and hands power to his deputy or some other person the opposition trusts. That would be the basis for a new political process and would spare the country from any more atrocities.

The disappearance of Razan Zeitouneh and her colleagues has been one of the greatest mysteries of the Syrian war – until today. DW's investigative unit hunted clues across six ... END_OF_DOCUMENT_TOKEN_TO_BE_REPLACED

How can the various realities of Kurdish life, shaped by depression, resistance and war, be depicted in art? This is the question addressed by the “bê welat – the unexpected ... END_OF_DOCUMENT_TOKEN_TO_BE_REPLACED

Millions of people in Syria's Idlib region depend on foreign aid that passes through only one border crossing. The UN mandate regulating passage through it will expire on 10 July ... END_OF_DOCUMENT_TOKEN_TO_BE_REPLACED

They’ve already got the Louvre; they’ll soon have a Guggenheim Museum as well – and now the Emirates have added literature to their quest for cultural supremacy in the Arab world ... END_OF_DOCUMENT_TOKEN_TO_BE_REPLACED

By stage-managing his re-election in a poll widely dismissed as a farce, Syria's President Bashar al-Assad has killed two birds with one stone: he has forced his compatriots to ... END_OF_DOCUMENT_TOKEN_TO_BE_REPLACED

In Islamic mysticism, Ramadan is more than just a period of prescribed abstinence, signifying an opportunity for inner contemplation. Marian Brehmer explores the spiritual ... END_OF_DOCUMENT_TOKEN_TO_BE_REPLACED

Comments for this article: ''People Are Demonstrating All over the Country''

As there is no comment after years, it is clear. This fool is more than reduntant.

END_OF_DOCUMENT_TOKEN_TO_BE_REPLACED
Social media
and networks
Subscribe to our
newsletter