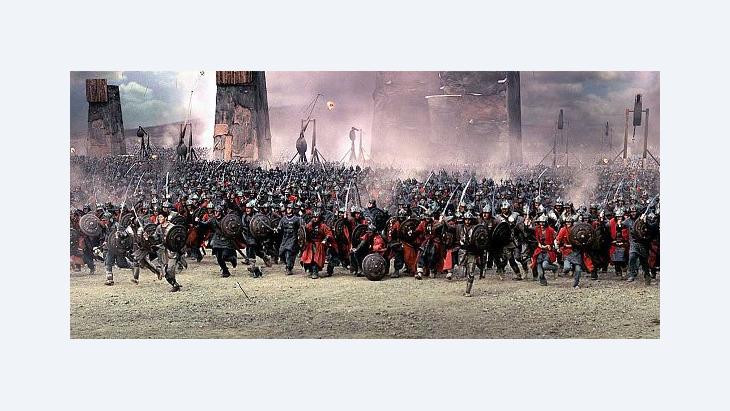 ''Fetih 1453'' and the Conquest of Constantinople

﻿Turkey's most successful blockbuster "Fetih 1453" is proof of how a nationalistic enthusiasm for the Ottoman Empire, and particularly for the conquest of Constantinople, has become a modern Turkish tradition. By Klaus Kreiser

With production costs of 17 million dollars, "The Conquest 1453" ("Fetih 1453") is the most expensive Turkish film project of all time. Following its opening in the Istanbul cinemas last week, it has also become the most successful Turkish film ever.

Initially, this 165-minute epic, drenched in the blood of martyrs, by Faruk Aksoy, which opens by quoting the words of the Prophet Muhammad, seems to fit in well with the neo-Ottoman agenda of the country's ruling Justice and Development Party (AKP). It is a message that the sponsors, above all greater Istanbul, ruled by the AKP party, have taken to with alacrity.

National religious historians have been lavish in their praise of the film, notwithstanding their acknowledgement of some of its breathtaking factual errors and deviations from the chronology of the real events it depicts.

On a par with Hollywood

Commentators in the more religiously dispassionate popular press, however, are celebrating this most recent version of the conquest of Constantinople rather differently. 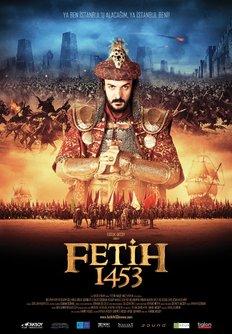 "Fetih 1453" seems to fit in well with the neo-Ottoman agenda of the country's ruling Justice and Development Party, writes Kreiser

​​For them, it is evidence that their home-produced films are now on a par with Hollywood historical blockbusters such as "Troy". Even "Radikal" the daily newspaper, which was irritated by the characters' propensities for speaking at every opportunity "as though they were delivering a speech", managed to praise the film's "relatively successful visual effects".

Only the critics of the elitist "kültür mafyasi" website objected to what they saw as "an evening of primary-school-level entertainment".

The cult of Sultan Mehmed II, conqueror of the Byzantine capital after a six-week siege that ended on May 23 1453, has reached its climax ninety years after the dissolution of the Ottoman dynasty. The sultan, who was a mere eighteen years of age at the time, is played in the film by Devrim Evin, an actor on the wrong side of forty, who resembles the rather gaunt Mehmed of Gentile Bellini's portrait of 1480; a work that now hangs in the National Gallery in London.

The second, and by far more memorable of the main characters, is Ulubatli Hasan. According to popular tradition, he was the hero who, on May 29, became a martyr, dying after placing the Ottoman flag atop the walls of Constantinople to inspire the Janissaries – i.e. the infantry Musketeer units of the Sultan – to victory. The screenplay turns him into a sword fighting coach and confidant of the sultan.

Hasan also takes on the role of romantic lead and is used to give a face to the struggle between besiegers and besieged. Hasan's antagonist in the film is Giustiniani, a Genuise condottiere, whose archers represented the only significant reinforcement the Greeks received from the west.

The fall of Constantinople was not down to the power of prayers alone, although these were personally led by the sultan for his massive army. Decisive (and dramatically depicted in the film), was the role played by miners and by the devastating artillery. 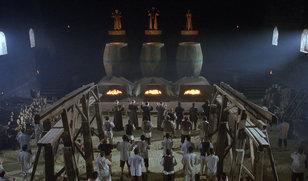 Canon casting in "Fetih 1453": Super-sized bombards were used by the Ottomans to capture Constantinople. Urban, a Hungarian cannon engineer, is credited with the introduction of new artillery from Central Europe to the Ottoman realm

​​It was a certain Master Urban, a defector from Hungary to whom the Ottoman army owed their new-found ability to cast enormous cannons, who was crucial to the victory.

In the film, Urban has an adopted daughter, Era (Dilek Serbest), a girl purchased at a slave market shortly after she has narrowly escaped the crusader attack (again, very dramatically depicted in the film) on her Kosovan village. It is only after she, dressed up as a young apprentice, discovers the proper method for the casting of cannons that a successful outcome to the siege becomes likely.

The Albanian, Era, is a character very much in the line of strong, intelligent woman, so beloved in Turkish cinema, yet she also welcomes Hasan's advances.

The wickedness of the "Byzantine whore"

The film makes good use of computer animation to give the audience a glimpse of life behind the city walls and into a historical Legoland, complete with imperial palace, Hagia Sophia and Hippodrome, that provides the backdrop to the political maneouverings of the Byzantines. Political deliberations, in Faruk Aksoy's version of events, take place in a thermal bath, where Constantine XI is seen splashing around in the company of three bikini-clad girls.

Is it the wickedness of the "Byzantine whore" that Aksoy wants to highlight, or is he parodying the Orientalist paintings of Ottoman rulers indulging in such pleasures?

The three-day sacking of Constantinople by the Ottoman army is not even hinted at. What we have instead is a Mehmed, who, upon being shown the body of Constantine XI, magnanimously orders that his vanquished foe be buried in accordance with the rites of "his own religion". 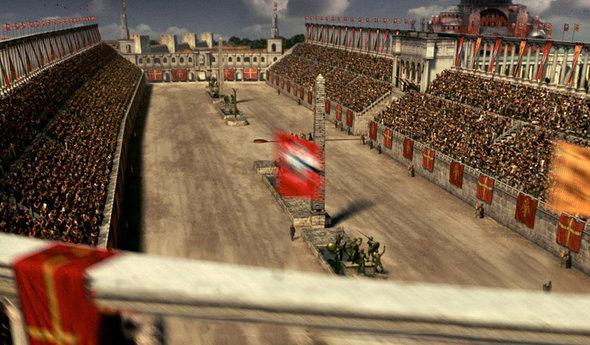 "Computer game aesthetics": Despite "breathtaking factual errors", National religious historians have been lavish in their praise of the film, writes Kreiser. Pictured: Constantinople's hippodrom with the Hagia Sophia in the background

​​Faruk Aksoy has avoided the typical Turkish representation of a conqueror wreathed in flowers by Greek maidens in gratitude for his having saved the city from a union with the Latins. Instead, we find his Mehmed II in the Hagia Sophia, hugging a blond child, who, in response, and much to the amusement of watching Greek women, pulls the conqueror's moustache.

The rise of neo-Ottomanism in Turkey

A nationalistic enthusiasm for the might of the Ottoman Empire, and particularly for the conquest of Constaninople, has become a modern Turkish tradition. Faruk Aksoy's film has some noteable predecessors. The first black and white film on the theme of the conquest of Istanbul (Istanbul'un Fethi) appeared in 1951 and broke all box-office records. Aydin Arakon (1918-1982), the director who made his name with the film, gave thanks in the opening credits to the commandant of the city. Most of the film's extras came from the Turkish army.

The Fatih Renaissance had also paved the way in this case, thanks to the final days of Ismet Inönü, second president of the Turkish Republic. A government bill of the time allowed for the re-opening of all the mausoleums of the great men, sealed since the reign of Ataturk; the first of these to be opened was the tomb of Mehmed II. Since then, the day of the conquest has been the occasion for an annual celebration during which a large procession commemorates Mehmed II's decisive manoeuvre of transporting his ships overland into the Golden Horn.

This period has given rise to neo-Ottomanism in Turkey, albeit with a variety of functions. In the artistic circles that included the architect Ekrem Hakki Ayverdi and his wife Samiha, it was of a rather sentimental variety. The couple formed an association charged with the task of preserving the memory of the conquest of Istanbul. In the eyes of the associations members, the secularism and modernizing fervour of Kemalism were every bit as worthy of suspicion as racist Turkism was.

These defenders of the Istanbul old school were distinguished from the abrasive Anatolian innovators not only through their education but also in their scepticism towards modernism. And they were to have a considerable influence on the post-Kemalist generation. It is their ideas that have been so central to the politically self-confident Islam of recent decades. 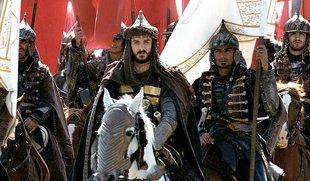 ​​It is only in the light of this contextual background that we can understand the way in which President Turgut Özal, who died in office in 1993, used Ottomanism in his foreign policy. He argued for the creation of stronger, privileged relations between the republic and the former Ottoman citizens living beyond the country's borders. He conceived of the range of these relations as a ring, stretching from Albania over Bosnia, Macedonia and Kosovo to Western Thrace in Greece.

In the case of the Kurds, he made a distinction between those who lived in Syria and Iraq, and were thus former subjects, and the Kurds of Iran who, he claimed, "were of no further interest to the Turks."

With the exception of the generation born between 1908 and 1939, it can hardly be argued that the Ottoman heritage has been relinquished in modern Turkey.

Both Istanbul films, 1951 and 2012, are links in a chain of national, historical golden-age narratives of the Ottoman period. Its tendencies are at times more intellectual, at other times more aestheticized, but it is also one that is becoming increasingly populist and increasingly casual. And one point has also become very obvious; the Ottoman conquest of Constantinople in 2012 is clearly a more Islamic-minded one than its predecessor was.

﻿Klaus Kreiser is emeritus professor of Turkish language, history, and culture at the University of Bamberg.