Skip to main content
Fifteen Years on from the Oslo Accords

From Asymmetry to Apathy

The altered balance of international and regional power, continued settlement growth and acts of violence by radical Palestinian groupings have brought all hope to a standstill. Hisham Adem spoke to Jibril Rajoub, Margret Johannsen, and Akiva Eldar on the legacy of Oslo

Fifteen years after the Oslo Accords were signed, peace seems as far away as ever in the Middle East

​​Fifteen years ago, on 13 September 1993, the PLO head Arafat and Israel's Prime Minister Rabin shook hands in the garden of the White House, sealing the Oslo Declaration of Principles.

The Oslo Accords, the fruit of long, hard secret negotiations in the Norwegian capital, were regarded as a historical and political turning point for the Middle East. For the first time, a process was initiated to solve the "central Middle East problem", with the stated goal of an independent Palestinian state and a full and just peace. For decades, the Israelis and Palestinians had been denying each other's states the right to existence, but now they both officially recognised the other country.

Yet fifteen years after this monumental moment, many questions remain open: What was achieved as a result of the agreement? Ought it not to have placed relations between Israel and the Palestinians on an entirely new basis?

Jibril Rajoub, a member of the Revolutionary Council of the Fatah movement and National Security Advisor under the Palestinian presidents Arafat and Abbas, comments: "Oslo may still be alive, but it has fallen into a coma as a result of Israeli policy. Forced settlement expansion, systematic arrests and blockades, and putting implementation off until kingdom come have so weakened the spirit of Oslo that it can only be kept alive artificially." 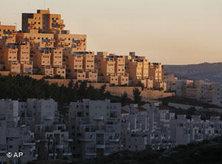 According to Jibril Rajoub, due to general formulation of the Oslo Accords, the Israeli administration has found enough loopholes in the agreement to push their settlement growth

​​Rajoub puts this down to the very general formulation of the Oslo Accords, particularly on the settlements issue. The Israelis have found enough loopholes in the agreement, he says, to push their settlement growth despite broad international protests.

Margret Johannsen from the Institute for Peace Research and Security Policy at the University of Hamburg, Germany, is equally pessimistic: "In concrete terms, Oslo has had no effect whatsoever. The occupation continues unchanged, and the Palestinians are beset with corruption. Both sides hate each other more than ever."

Johannsen comes to a similar conclusion as Rajoub, emphasising: "The Oslo Accords do not include the necessary clear, legally binding agreements on the settlements, which has clearly been beneficial for their expansion."

Akiva Eldar, a well-known commentator and political columnist for the Israeli newspaper Ha'aretz, refers in this context to "the difficulties that the Israeli settlement programme has brought to the peace process. The Oslo Accords have remained a purely theoretical construct with no practical effect."

No peace in sight

The question of whether a peace treaty will be reached by the end of this year does not elicit a positive response from Rajoub: "The Israelis are not treating us as a serious partner in the political process."

Jibril Rajoub: "Oslo may still be alive, but it has fallen into a coma."

​​Eldar shares his opinion: "In view of the lack of political will to achieve a full solution on the Israeli side, it is wishful thinking to expect peace in the near future." However, Eldar also points out that the Palestinians are not free from blame on the issue either. "There are radical forces on the Palestinian side as well who are not interested in the peace process. For example, the Hamas movement is still refusing to recognise Israel. And on the regional level, a peaceful settlement would conflict with Hezbollah's interests."

Mutual "doubts and mistrust", Johannsen assesses, have had a negative effect on implementing the accords. As a result, there has been no tangible change – "the ideal breeding ground", as she puts it, for the growing influence of Hamas, which feels encouraged to carry out suicide attacks in Israel. The negotiations, the expert says, are no longer about "peace in exchange for peace, but peace in exchange for an end to terrorism."

"Asymmetry between the parties"

Rajoub doesn't mince words: "Although the key advantage" of the Oslo Accords, "their core principle of the foundation of an independent Palestinian state, was the correct approach," the international community is still hesitant to support the implementation of this vision with the necessary dedication.

While admitting that there have been international initiatives in this direction, such as the roadmap, the Quartet on the Middle East or the Annapolis Conference, he sees a lack of the necessary "common denominator" on the Palestinian side to specifically demand the implementation of these rights arising from the Oslo Accords.

At the February 2007 meeting of the Middle East Quartet, participants expressed their concern at the continuing violence in the region and called for an unconditional end to all acts of violence and terror

​​Johannsen, on the other hand, reflects that "the unequal balance of power" between the Palestinians and Israelis has rendered a comprehensive peace agreement quasi-impossible under the present circumstances. And a "two-state solution", she says, "has had the rug pulled out from under its feet" through both the ongoing occupation and the violence on the part of radical Palestinian groupings.

The role of the EU

The EU is also concerned with the Middle East peace process. The member states are fearful that the situation could explode, with all the possible knock-on effects on the regional and international level, and the EU has gone to some lengths to support the peace process. However, Eldar points out, these efforts have not yet reaped success, due to the "lack of a common European policy on the Middle East and numerous conflicts of interest between the member states."

Johannsen sees yet another hurdle for the Europeans to take on an active role in the Middle East conflict: "Compared to the Americans, the Europeans are not sufficiently capable of guaranteeing Israel's existence in the future."

In Rajoub's opinion, however, the failure of Europe's efforts in the Middle East is down to "rejection by the Israelis and the Americans' need to be the only ones holding the reigns." He calls for the EU not to restrict itself to financial contributions, but to "make politically active interventions, act independently and take up a position independently of the USA."

With all this in mind, it is difficult to make a final judgement on the Oslo Accords. Such an assessment relies fully on the parameters of the see-sawing regional balance of power. What, then, remains of Oslo's legacy? At least this: the accords brought the Palestinians official recognition from Israel, the Palestinian issue is no longer reduced to the refugees question – and in return, the PLO has granted Israel the right to exist within internationally recognised boundaries.

Translated from German by Katy Derbyshire

Palestinian National Unity Government
An Opportunity to Revive the Peace Process
The European Union should take the chance offered by the new government to end the isolation of the Palestinian Authority and get the peace process back on the right track, comments Muriel Asseburg

Middle East Quartet Meeting in Germany
No Tangible Progress, But Important Signals
The Arab states are to be involved more strongly in revitalising the peace process in the Middle East in future. That is the outcome of the meeting of the "Middle East Quartet" in Berlin this week. Rainer Sollich comments