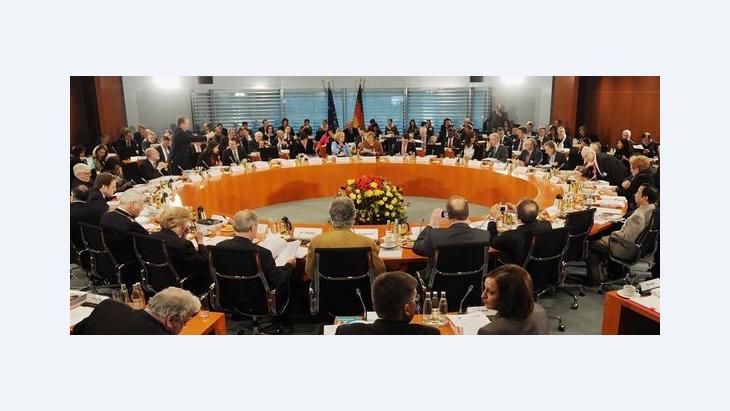 Paternalism Instead of Equality

Chancellor Merkel has hosted five integration summits over the past six years. Daniel Bax feels that the time has now come for the German state to stop behaving towards migrants as a father does towards a child and to work instead on breaking down structures and prejudices that hamper the genuine equality and participation of immigrants

At the media conference concluding Germany's fifth Integration Summit, it was Christine Lieberknecht, the head of government of the state of Thuringia, who was the first to mention the series of racist murders committed by rightwing terrorists in her state. In this context, Lieberknecht, who is a member of the centre-right Christian Democrats, called for more "tolerance" and a new "culture of welcome" in Germany.

Many migrants have been left shocked by the murders of a number of tradesmen of Turkish origin committed over a period of several years by a clandestine trio of neo-Nazis who succeeded in operating undiscovered for many years. Although the story broke just three months ago, the case was barely mentioned at the fifth Integration Summit at the Chancellery.

Monologue instead of dialogue 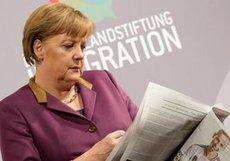 According to Daniel Bax, the action plan approved at the summit bears "all the hallmarks of the federal government, which means that the goals and voluntary commitments are few in number and non-binding"

​​This year's meeting has once again exposed the imbalance that has always characterised the debate between immigrants and majority society on questions of integration. While as far as the German government is concerned, integration puts the onus on migrants to make more of an effort to fit in, most migrants hope that the process will afford them real equality and protection against discrimination, or, in this particular case, against racist violence. And as a consequence, either both sides end up talking at cross purposes, or the government delivers a monologue.

For the fifth time, Chancellor Angela Merkel invited 120 guests from the worlds of business, politics, sport and associations to attend a summit at the Chancellery on the last day of January to discuss how immigrants might be better integrated. Central issues at this year's meeting were the promotion of the German language and the civil participation of migrants as well as attracting more immigrants to jobs in the media and public service.

Delegates also agreed on a "national action plan" that was hammered out in recent months by the government, the federal states, local authorities and migrant organisations. This action plan does however bear all the hallmarks of the federal government, which means that the goals and voluntary commitments are few in number and non-binding.

So what is the key focus of this plan? One of the government's primary aims is to improve the proportion of migrants in public service so that "the diversity of our nation is also reflected in its institutions" as Angela Merkel formulated it at the post-summit press conference.

But this is a goal that she already set five years ago, and there is not much evidence that anything has really changed in the institutions of the republic in the intervening period. The number of immigrants in public service has languished for years at the same low level (9.9 per cent); the only clear increase has been in the education sector, with the number of teachers and educators with a migrant background on the rise – and this although the state should "set an example" for other employers, as the government's commissioner for integration Maria Böhmer admitted. 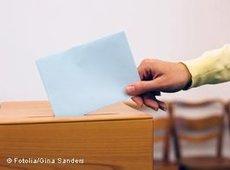 An integration policy characterized by half-hearted steps: before and after the Integration Summit, opposition parties, trade unions and migrant organizations were critical of what is being done to foster integration

​​Now there is also an advertising campaign aimed at motivating young people with a migrant background to pursue a career in the civil service as a teacher, police officer or in an administrative function. Whether this will be enough is another story. After all, there are many reasons why so little has changed in this regard in recent years.

The government also attaches particular importance to making it easier for migrant children to learn German. To this end, it has freed up €400 million for targeted language learning in nursery schools and day-care centres until 2014. In addition, it hopes to win more migrants for volunteer positions and membership in clubs.

Sports clubs, for example, will only receive financial support if they make an effort to foster integration. The federal states have in turn set themselves the goal of halving the number of immigrant children dropping out of school early by 2015. Originally, this goal was supposed to have been reached this year.

There was harsh criticism of the Integration Summit in advance from the opposition, trade unions and migrants' associations. Three dozen associations issued a joint statement calling for a greater commitment to measures against racism.

Following the series of murders of tradesmen of Turkish origin "latent racist structures in investigating authorities" must be scrutinised, said the statement. Signatories also demanded an "action plan against racism" and beefed-up victim protection programmes. They are also calling for an independent body to monitor racism and rightwing extremism.

Gaping holes in the action plan

The German Confederation of Trade Unions (DGB) also sees what it calls "gaping holes" in the government's action plan. In a position paper, it sets out its most important points of criticism, among them the fact that it is specifically foreign nationals who are most often sidelined into poorly paid jobs of an irregular nature.

Additionally, the DGB claims that young migrants on the vocational training market continue to be disadvantaged even if they have the same qualifications as their German counterparts. The statement also criticises what is known as the "priority review", which gives German candidates priority over foreign applicants on the jobs market.

Opposition parties are also calling for changes to citizenship laws. Three political parties, the SPD, the Greens and The Left, are calling for non-EU foreign nationals to be allowed to acquire dual citizenship and the right to vote in local elections. They also say that the hurdles to obtaining German citizenship are too high. But with a conservative government in office at federal level, these demands are falling on deaf ears. 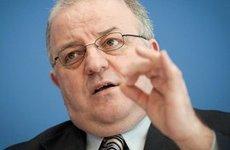 Kenan Kolat, chairman of the TGD, declared that the decision to attract more migrants into public service is "the right approach", but added that it will not solve the actual problem: "The opportunity to develop a real culture of welcome in Germany has been missed"

​​Almost six years have passed since Angela Merkel convened her first integration summit at the Chancellery. This represented a major step at the time because it constituted an about-turn from the idea that Germany is not a country of immigration. Today, although Angela Merkel says that Germany is indeed a "country of integration", the vision behind the claim has long been rendered obsolete.

When it talks about "integration", this government still apparently believes that this means taking migrants "by the hand" so that they find a connection with German society. Its integration policy therefore expends most of its clout in efforts to make it easier for migrants and their children to learn German. And that's why it is proud of its small measure of success in early childhood language teaching and of its "integration courses", which enable adult immigrants to improve their knowledge of German.

It is time to take leave of this paternalism. So much more would be gained if the structures and prejudices that hamper the genuine equality and participation of immigrants were eroded – in the education system, on the jobs market and before the law.

The demands raised by the unions, associations and opposition on the fringes of the Integration Summit are motivated by nothing less than a desire to see this happen. Because no one in the federal government would listen to it, the Turkish Community in Germany (TGD) now plans to join forces with other associations to hold a "summit against racism", scheduled to take place this spring.

"We don't want to talk about integration any more, but about the battle against racism and about more social participation," said Kenan Kolat, chairman of the TGD, by way of explanation. This new summit could end up being real competition for the Integration Summit. And that would be no bad thing and not before its time either.

Few Muslims have to date visited the Auschwitz-Birkenau concentration camp memorial site. Now high-ranking representatives of Muslims and Jews are travelling together to the place ... END_OF_DOCUMENT_TOKEN_TO_BE_REPLACED

The terror attacks in Paris, Brussels and Berlin were all carried out by men radicalised in jail. In Germany, politics and the judiciary are trying out new approaches to prevent ... END_OF_DOCUMENT_TOKEN_TO_BE_REPLACED

Elke Muller is fighting for her daughter Anna, who fell in love with a young Afghan and converted to Islam. The mother spoke to Esther Felden about feeling alienated and her fear ... END_OF_DOCUMENT_TOKEN_TO_BE_REPLACED

As historian Wiiliam Dalrymple writes in his essay, scholars are only now beginning to realise the extent to which the Mughal emperors adopted what most would assume to be ... END_OF_DOCUMENT_TOKEN_TO_BE_REPLACED