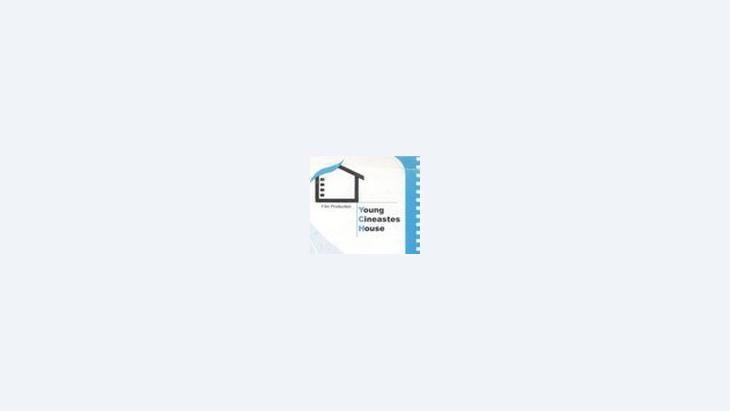 Directors like Kiarostami or Makhmalbaf have long become icons of contemporary Iranian film. But young, unknown Persian directors are often overlooked. A private film foundation attempts to gain more attention for these directors.

Directors such as Abbas Kiarostami, Mohsen Makhmalbaf and Bahman Ghobadi have long established themselves as icons of the contemporary Iranian film industry. And that is true not only within the Islamic Republic itself. With their poetic films, rich in metaphors, they have captured an audience of millions both at home and abroad.

The works of these film makers have been winning awards at film festivals for years, including European festivals. But young and less well known Persian directors are often overlooked. In order to garner more domestic and international attention and respect for their films, a private film foundation has been formed – the "House of Young Filmmakers" in Teheran.

​​They are young, creative, and want to enrich the cinematic landscape of Iran with new ideas: Persian cinematography students, young amateur actors and script writers.

This is no easy task in an Islamic state, where the line between images that are allowed and those that are forbidden is a blurry one, and where directors often approach film production with "a pair of scissors in their head" – due to fear of censorship and fear of not receiving a shooting permit from the all-powerful Ministry for Culture and Islamic Guidance (Ershad).

Even more difficult are the working conditions young filmmakers face: They often don’t have the money they need to get started; many aspiring directors are forced to finance the production of their films with their own money.

Maziar, a 28-year-old author of short films, says many young directors receive no support whatsoever from the government to get their projects rolling: "The ones who help us are private citizens and non-governmental organizations. There are large, state-run production companies like the Farabi Foundation, for example. But they don’t support short films." That means young short-film directors in Iran have to double as the producers of their films.

Help for young film talents who help themselves

Programme of the "Mouj" Film Festival at Kish, Iran

​​In the face of these problems, young directors are at risk of falling through the cracks into oblivion and not at all acknowledged by the public – at least to the extent that they are unwilling to subject themselves to the prevailing conventions.

In the "House of Young Filmmakers", these problems are all too familiar. The non-governmental agency, founded five years ago, therefore makes a conscious effort to promote talented, independent-thinking cineastes:

by obtaining shooting permits from the government, financing film projects, providing camera equipment and professional film production assistance. But that’s not all: The organization’s founders also regularly stage film festivals that serve as a venue where young directors can show their work.

"So far we have organized fifteen film festivals, including two in Dubai," Puyan Shahrokhi, director of the organization, reports proudly. Among them are the "Mouj" festival held annually on the southern Iranian island of Kish, the "Baran" festival, which shows exclusively the work of young female directors and primarily deals with women’s themes, as well as the "Shahr-e ma" festival, where the films shown deal with societal problems in the capitol of Teheran.

The "House of Young Filmmakers" is primarily financed with the money taken in at the festivals, as well as through private contributions. But work commissioned by various companies has provided another source of income:

"Most recently, we made a commercial for a shipping company , where shooting took place on the docks in the harbour," Puyan Shahrokhi reports.

While young directors such as Maziar and Missa have already grown to appreciate the value of the film center for their work, many in the Iranian film industry are still hardly aware of the foundation. And contact with European and American film companies has been very limited. At this point, the center is still too busy with its own ambitious projects in Iran.

"We would like to become a kind of Persian Babelsberg," Sharokhi jests. "For that reason, we hope to offer more film training in the future, also in order to promote the distribution of Iranian films in the rest of the world."

The first step in this direction has already been made: The film house has opened a branch in Boston, where it shows and distributes Iranian film productions.

In Iran, two famous actresses, Hengameh Ghaziani and Katayoun Riahi, were arrested recently. These days anyone who shows solidarity with the protesters is a target to be silenced ... END_OF_DOCUMENT_TOKEN_TO_BE_REPLACED

A sci-fi film lampooning the Islamic Republic and all that its regime holds sacred premiered quietly at a nondescript venue in Los Angeles in July. The title, “Velayatnameh”, is a ... END_OF_DOCUMENT_TOKEN_TO_BE_REPLACED

More than 800 Iranian filmmakers have signed a declaration against sexual harassment, coercion and violence in their industry. The public's response to their willingness to name ... END_OF_DOCUMENT_TOKEN_TO_BE_REPLACED

Drawing on the history of Tehran's Shahr-e No red light district, Nasrin Bassiri describes how prostitution functioned in Iran before the Islamic Revolution. The neighbourhood ... END_OF_DOCUMENT_TOKEN_TO_BE_REPLACED

The Islamic Republic has a strict and often arbitrary system of censoring artistic and journalistic works. An in-depth investigation by writer Alireza Abiz uncovers the details ... END_OF_DOCUMENT_TOKEN_TO_BE_REPLACED

END_OF_DOCUMENT_TOKEN_TO_BE_REPLACED
Social media
and networks
Subscribe to our
newsletter