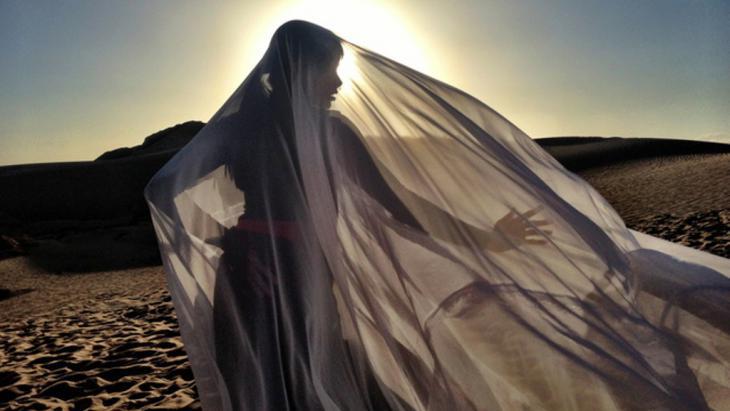 The film "Desert Dancer" tells the story of an Iranian dancer in a land where dancing is not permitted. Audiences are once again presented with a biased picture of a complex country. Marian Brehmer watched the film and questions the tendency of filmmakers to portray Iran in an exclusively negative light

The opening scene is of a boy sprightly dancing in front of his jubilant classmates. Moments later, he is caught by his glaring teacher. Switch to the next scene: on the way home from school, the boy tells his mother that he was beaten by his teacher. The background setting is arranged down to the smallest detail: behind the pair, a propaganda mural featuring soldiers can be seen on a wall. Off to the side, a market scene is being acted out: a handful of women, all of whom are shrouded in chadors, are clamouring around a vegetable stand.

The concerned mother, who is the only woman in the scene wearing a loose-fitting headscarf, explains the nature of the world to the young would-be dancer. "Do you see those men over there?" The camera pans to a group of young men with beards and white shirts. "They are the Basij, the morality police. If they see you dancing, you will suffer a lot worse."

Every cliché within the span of two minutes

It doesn't even take two minutes for "Desert Dancer", a new film set in Iran by the British director Richard Raymond, to serve up all of the popular clichés about Iran. The set pieces are so tightly packed together that anyone in the audience who knows Iran will feel their stomachs churning. In order to avoid any misunderstandings, let us be clear about a few things: a good deal of what is portrayed in the film is reality in Iran. But, as is so often the case, the greater part of reality is simply filtered out.

The plot of the film, which is based on a true story, can be quickly summed up: the young Afshin has a dream; he wants to become a dancer. But, dancing is frowned upon in his native Iran, and a career as a dancer is impossible. When Afshin moves to Tehran to study, he sets up an underground dance group.

The Basij, however, attempt to thwart his plans. To avoid coming under the scrutiny of the authorities, Afshin and his friends organise a dance performance in the desert, far away from the eyes of the morality police. To give the film greater audience appeal, a love story and generous helping of pathos have been stirred into the plot.

The real Afshin speaks up

"Desert Dancer" even features scenes of the Green Movement of 2009. During one turbulent protest, Afshin films the violence against demonstrators with his camcorder. Curiously enough, during a presentation of the film in Berlin, the real Afshin Ghaffarian, who now lives in Paris and works as a dancer, stated that he has never filmed any demonstration. Nor was he ever a refugee, as he is portrayed in the film. Instead, he simply decided to remain in Europe while here on a trip.

The mediocrity of the actors in the film is striking; as is the pronounced naivety of the rather simple dialogue the protagonists are given to speak. Anyone who has ever been to Iran will be struck by how the film frequently and completely ignores the realities of life in the country. In one scene, for instance, Afshin watches a video on a laptop with a friend and asks in amazement, "You can watch YouTube?" In real life, anti-filter software is a standard feature of practically every Iranian computer.

Even the depiction of Tehran University is farcical. The recreated gateway to the building is guarded by women dressed in black who adjust the headscarves of female students before entering the campus. There is, in fact, no such entrance control at any of the universities in Tehran. In another scene, an underground party is depicted: while a crowd of heroin addicts catapult themselves into nirvana, pairs kiss wildly on the dance floor. Here, again, the director has gone overboard.

How much one-sidedness should be endured?

Of course, such criticism of details may seem narrow-minded. In defence of the film, one might say that cinema always has to draw in bold strokes in order to be effective. And, after all, the hero of the film has been through a lot. Nonetheless, how much one-sidedness has to be endured for the sake of a cinematic message? At the very least, the medium of film offers more scope for differentiation.

Yet, in the case of Iran, it would appear that differentiation and nuance is not wanted. The narrative of an oppressed and unhappy people yearning for salvation and the kinds of freedoms we have long since enjoyed is both easy to tell and to sell. This is because such a narrative always serves as a kind of confirmation that our values and beliefs are the right ones, whereas those of others are often perceived as backwards and repressive.

An example of this phenomenon, which in the case of Iran has become practically automatic, is provided by the "Happy" affair. In June, a group of young Iranians took a video of themselves wildly dancing to the pop hit "Happy". A couple of the young women in the film can be seen without headscarves and dancing next to men. The young people were subsequently arrested.

Clearly, such reactions should be condemned, but cases like this should not constantly be held up as a benchmark for how people actually live in Iran. Of course, the title of the song provided journalists with a not particularly creative headline: "No one is allowed to be 'Happy' in Iran". Even though it sounds thoroughly banal, it still makes an impression upon the reader. By comparison, there are rarely any articles about successful cultural projects in Tehran or about happy Iranians. 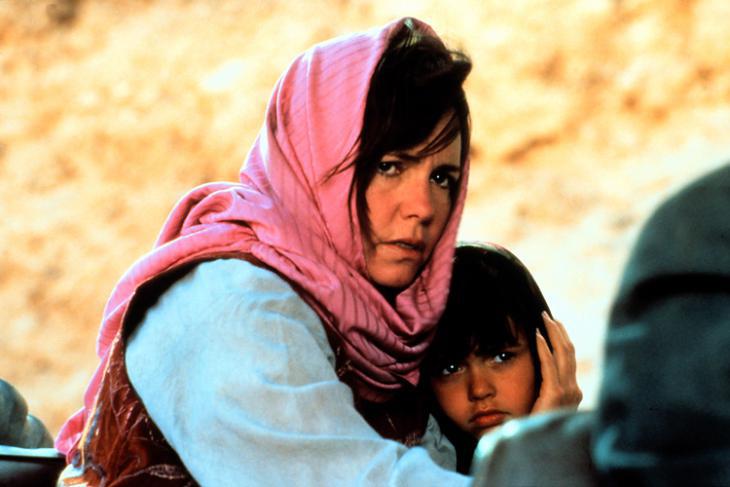 Still from Brian Gilbert's 1991 film "Not without my daughter" starring Sally Field. Marian Brehmer is disappointed by what he sees as the typical "framing" of Iran in films such as "Desert Dancer" or "Not without my daughter", stressing at the same time that it is "certainly not a question of qualifying or even excusing wrong" but of presenting a more nuanced, realistic image of Iran instead of constantly portraying this complex country exclusively in a bad light

In cinema, as well, there is a tradition of portraying Iran in a decidedly negative light. Three American films – "Not Without My Daughter" (1991), "300" (2007) and "The Stoning of Soraya M" (2008) – have already offered three different shades of a black and white account of life in Iran to Western cinema audiences. Iranians here are either ruthless patriarchal family tyrants, bloodthirsty barbarian Persian warriors or fanatics who are stuck in the Middle Ages.

The Iranian media reports on all films of this sort, including "Desert Dancer". References are often made to a "soft war" being conducted by the West, and conspiracy theories are not far from the surface. After the political drama "Argo" was awarded an Oscar in 2013, the Islamic Republic even attempted to initiate legal action against Hollywood for promoting anti-Iranian propaganda.

Criticism of such "framing" of Iran is justified, yet critics must walk a fine dividing line when expressing their concerns. It is certainly not a question of qualifying or even excusing wrong.

However, those who are truly interested in Iranians and their living conditions are certainly not doing them any favours by always depicting their country only in a bad light. The same applies to a director who wants to bring a dramatic tale to the big screen.

Mourad al-Marouai was just nine when a landmine killed him on a beach in war-torn Yemen, a tragedy that will haunt his family forever. After a swim, the little boy "suddenly ... END_OF_DOCUMENT_TOKEN_TO_BE_REPLACED

This year’s Morgenland Festival opened with the premiere of Kinan Azmeh’s musical theatre piece, “Songs for Days to Come”, based on fifteen poems by contemporary Syrian poets. ... END_OF_DOCUMENT_TOKEN_TO_BE_REPLACED

Rumi's poems, though generally stripped of their Islamic symbolism, are hugely popular around the world. Yet Islamic mysticism is still very much at the heart of these verses. ... END_OF_DOCUMENT_TOKEN_TO_BE_REPLACED

The Ukraine war is changing the global geopolitical landscape. Ali Khamenei, Iran's most powerful man, is already cosying up to Russia in anticipation of a harsh post-war reality ... END_OF_DOCUMENT_TOKEN_TO_BE_REPLACED

Analyst Iyad El-Baghdadi examines the ongoing tensions between the United States and the two Gulf states – Saudi Arabia and the UAE – and their geopolitical implications in ... END_OF_DOCUMENT_TOKEN_TO_BE_REPLACED

The Ukraine war has seen energy prices spike with oil producers in the Middle East making more money than ever. But will it put the brakes on long-planned reforms to diversify oil ... END_OF_DOCUMENT_TOKEN_TO_BE_REPLACED
Author:
Marian Brehmer
Date:
Mail:
Send via mail

END_OF_DOCUMENT_TOKEN_TO_BE_REPLACED
Social media
and networks
Subscribe to our
newsletter