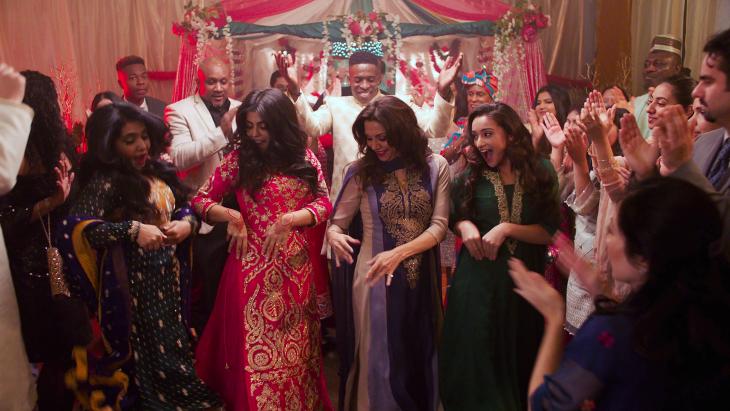 "American*ish" – co-written by Aizzah Fatima and Iman K. Zawahry, and directed by the latter – is a rom com for an America too many don't want to acknowledge. Whereas most mainstream American TV and films present the Muslim immigrant community as a monolithic group with a kind of hive mind, this film goes out of its way to break the mould. By Richard Marcus

At the centre of the story are the Khan family of Jackson Heights, Queens, New York. Mother – Khala Khan – is an immigrant from Pakistan whose husband left her with two young daughters, Sam and Maryam. As the film starts the two American born girls are joined by their Pakistani cousin Ameera, who is literally fresh off the plane. She has come to America with the specific purpose of finding a Pakistani-American doctor to marry. While Ameera's story is only 1/3rd of American*ish, she is also the axis around which the film revolves.

Her dream of marrying an American doctor to secure her future helps accentuate the differences between herself and her two American-born cousins. Sam is a young professional striving to make something of herself and create a successful career who has no interest in marriage. Younger sister Maryam is an equally driven pre-med student. However, unlike Sam she is more traditional, wearing a hijab and making sure her meat is halal. One thing the two Khan daughters have in common is that neither has any ambition to marry. Their mother might have designs on setting them up with men she deems eligible – a nice German/Pakistani doctor for Sam – but they aren't going to be pushed.

More than just another rom com

So Khala puts all her matchmaking skills into finding Ameera a wife. This includes scouring the matrimonial section of the local Urdu Times – which turns out to be something of a disappointment: "All these 50-year-old men posting pictures of themselves when they were 18 and had hair," Ameera complains. However Halal Speed Dating is even worse, as it turns out to be as tacky as it sounds.

However American*ish is more than just another rom com. While it has many of the tropes normal to the genre; finding love in unexpected places, having to pick between what the heart wants and what is considered appropriate, and choosing between career and marriage; it also moves into deeper sociopolitical territory than other films of a similar nature. 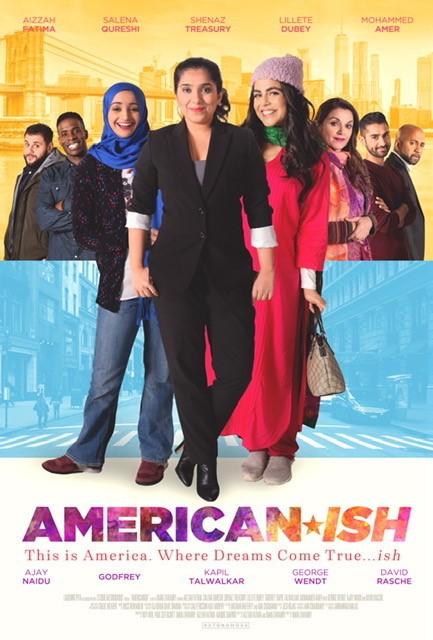 A break from the traditional romantic comedy: "American*ish" highlights different layers of womanhood as they intersect with cultural and societal expectations. Set in Jackson Heights, Queens, New York, the film follows a relatable and endearing storyline offering a fresh perspective on classic rom-com tropes

There's the fact that the action centres around a Muslim Pakistani American family for a start. When have we ever seen a mainstream American film set in this community?

Secondly, how many films have actually shown the diversity of thought and opinion in not just the Pakistani-American community, but among American Muslims at all?

Let's face it – most mainstream American TV and films present the Muslim immigrant community as a monolithic group with a kind of hive mind. Whether we realise it or not, this is the image being drip-fed to us on a daily basis leading to stereotyping and, eventually, systemic racism.

Onscreen representation matters. What we see on TV or in the cinema, whether we like it or not, shapes our perceptions of life and the people around us.

According to a report entitled Missing and Maligned, which examined 200 of the most popular films released between 2017 and 2019, not only are Muslims seriously under-represented on screen, they're typically presented in a negative light.

Compounding the problem is the fact that not only are the majority "the bad guy" – the majority are guys. Nearly 80% of all on screen roles are straight men – usually carrying a gun and screaming. Are there no women?

On top of that, right-wing politicians and pundits the world over have made it their mission to place all society's ills on the shoulders of visible immigrants. The reality is this places a target on the backs of those who are most visibly new – especially Muslim women.

Placing American*ish in this context makes it even more remarkable. Not only is the focus on four women and the choices they make, they are doing so without any help from the men around them. Each of them has different values and goals, but they are all presented as being equally valid. They make their own choices and aren't having anything foisted on them by anyone.

Of course the men exist, but they are different to how Islamic men are normally depicted. There's a cop, a pre-med student, the Pakistani-American doctor, and the owner of a local grocery store. None of them seem inclined to shout slogans and set off bombs. The only negative thing about any of the men is the usual things that are negative about men in romantic comedies. The character flaws have nothing to do with them being Islamic, but rather having the usual male hang-ups when it comes to women who know their minds and what they want.

I'm sure the children of any immigrant will identify with the daughters, as they try to find a balance between the culture they were raised in and the world around them. Even wide eyed Ameera, whose belief that America is the place dreams come true was formed by watching Eddie Murphy in Coming To America, starts to see things differently. She still believes in her dreams, but she adjusts them to the new realities she finds on the ground.

While the traditions and customs of the Kahn family are different from those usually depicted on the American screen, the emotions and reactions displayed by the characters are universal. The fact there are people who will be surprised and say things like "Oh they're just like us" upon seeing American*ish is a sad commentary on the state of the world and stresses just how important this film is.

On top of this, American*ish is really good. With a superb script – thanks to the serendipitous writing duo of Aizzah Fatima and Iman K. Zawahry – wonderful performances and skilfully direction, it is filled with moments of genuine laughter and joy. This means you can sit back and enjoy a great film, while having your mind expanded at the same time. A rarity in today's cinema no matter what.

Above all, aside from its messages about the positivity of diversity, and its bravery in offering a glimpse into the divide between the African-American and South East Asian Islamic communities, American*ish is a film with interesting characters and a plot that offers some nice surprises.

Let's be real. There aren't too many genuinely nice films out there, particularly romantic comedies, that don't descend into cliches or sentimentality. American*ish is not only an exception to those pitfalls, it also has the added benefit of being thoughtful and heartfelt.

Currently American*ish is hitting the festival circuit in the United States, but as the world re-opens, it should start showing up on streaming platforms and cinemas around the globe. If you have the opportunity, do see this wonderful film – you won't regret it.

Home
Print
Newsletter
More on this topic
The West and Islam 20 years after 9/11: Paranoia, nowInterview with Pakistani American actress Aizzah Fatima: "Human, flawed and funny"Muslim youth in America: The "mipster" phenomenon
Related Topics
Cinema, Dialogue of Cultures | Intercultural Dialogue, Feminism in Islam, Islam and the West, Islam in the U.S., Islamophobia, Muslim women, Muslims in the West, Racism | discrimination, Sexism and violence against women
All Topics

The "War on Terror" has not only failed in Afghanistan, it has exacerbated insecurity and generated more terrorism. This is the main thrust of journalist Emran Feroz in his book, ... END_OF_DOCUMENT_TOKEN_TO_BE_REPLACED 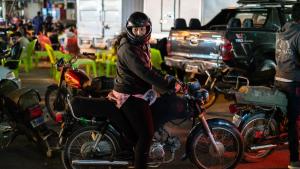 In Pakistan, the public domain is dominated by men, and for women the country is considered one of the most dangerous in the world. But now more and more of them are discovering ... END_OF_DOCUMENT_TOKEN_TO_BE_REPLACED

The Taliban’s victory over the United States in Afghanistan will not only greatly embolden their fellow jihadists, but also shake up the region’s geopolitics. An Afghanistan- ... END_OF_DOCUMENT_TOKEN_TO_BE_REPLACED 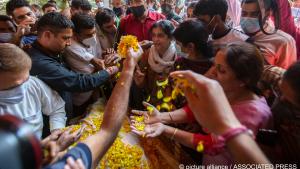 Since India stripped Kashmir of its semi-autonomous status in 2019, much new legislation has been passed that critics and Kashmiris alike fear could alter the region's ... END_OF_DOCUMENT_TOKEN_TO_BE_REPLACED

Iranian-German author and filmmaker Siba Shakib was born in Tehran. Her best-selling novels deal with themes of heritage and the past. She speaks to Qantara.de about her new novel ... END_OF_DOCUMENT_TOKEN_TO_BE_REPLACED

One prominent narrative relating to the defeat of the western-led military intervention in Afghanistan is that it was a mistake to try to build a modern democracy in a society ... END_OF_DOCUMENT_TOKEN_TO_BE_REPLACED
Author:
Richard Marcus
Date:
Mail:
Send via mail

END_OF_DOCUMENT_TOKEN_TO_BE_REPLACED
Social media
and networks
Subscribe to our
newsletter