Skip to main content
Films about Algeria at the Cannes Festival

Sparks in the Powder Barrel

It may just be the way the nominations fell out this year, but the fact is that the tense relations between France and Algeria have taken the spotlight in the 63rd Cannes Film Festival. Hamid Skif describes the films which are causing a political storm 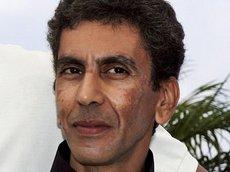 ​​ One of the films which is running in competition at Cannes is "Hors-la-loi" ("Outside the Law") by the French Algerian director Rachid Bouchareb, and it has already been greeted with strong reactions from conservative French politicians and extreme right-wing circles.

The film deals with the massacre in Sétif in French-occupied Algeria on May 8th 1945. The choice of topic has made the director into the object of a wide range of polemical attacks, with critics saying that it is prejudiced and "anti-French."

Looking for those responsible

Another production, "Des hommes et des dieux" ("Of Gods and Men"), by Xavier Beauvois, deals with the kidnapping and murder of seven monks from a Cistercian monastery south of Algiers in Spring 1996.

At the time, the militant "Groupe Islamique Armé" (GIA) claimed to have carried out the attack, but last year a retired French general accused the Algerian army of having carried out the murders. The accusation, backed by a series of official statements and press releases, strained relations between France and Algeria.

Some French sources say there is no doubt that the GIA was either a product of the Algerian security services or that it was at least manipulated by them.

Another film dealing with Algeria is "Carlos," a German-French production directed by Olivier Assaya. It follows the career of Ilich Ramirez Sanchez, known as Carlos, whose terrorist exploits made the headlines in the seventies. The film concentrates on what must have been the most spectacular hostage-taking of modern times: the capture of eleven OPEC oil ministers in Vienna in December 1975.

​​ The airplane carrying the ministers was redirected to Algiers after several countries had refused to let it land on their territory. One of the sequences in the film shows discussions between Carlos and the then foreign minister and current president of Algeria, Abdelaziz Bouteflika, who was then in charge of the negotiations for the release of the hostages. The film shows him handing Carlos a case full of money.

Algeria accuses the director of distorting the truth. The monumental film, which has already been sold to 17 countries, is bound to anger the Algerian government, especially since it was never asked to give its side of the story.

Algeria is now in the centre of French political debate, especially now that "Outside the Law" by Rachid Bouchareb has become a topic of conversation in the Élysée Palace. President Nicolas Sarkozy asked to see the film, even before it was shown in Cannes.

Bearing in mind the tense relations between Algiers and Paris, there can be no doubt that the film will be explosive on both sides of the Mediterranean.

But not just that: historians have expressed their regret that France refuses to look critically at its colonial past. "The refusal to take a stand on the Algerian war is seen negatively by a considerable part of French society," the historian Benjamin Stora told a French news agency.

​​ Stora also attacked the campaign against Bouchareb's film, which started even before the film was shown in Cannes. He believes that, sixty years after Algerian independence, "this war is anything but over in the hearts and minds of the people, since it remains in the collective memory and has not been worked through."

He criticises the fact that "incidents like the massacres in Sétif, Guelma and Kherrata in 1945 aren't shown in French cinema – they're not even hinted at. It's a real black hole!"

The historian notes that the loss of Algeria "will always remain a wound in the history of French nationalism."

In an article written with seven other historians which recently appeared in the newspaper Le Monde, Stora spoke of a "hysterical campaign" against the film "Hors-de-Loi."

The polemic against the film employed by right-wing politicians brings society's unspoken attitudes to the surface, he says, and that society is one which refuses to engage with the past. There are still very few books or films which deal with the Algerian War, even though it lasted eight years, and cost hundreds of thousands of lives.

Under the law, it has been possible for the perpetrators to receive an amnesty for their crimes against humanity, even though France congratulates itself on being the home of human rights. But aside from the bloody past of the Algerian war, the history of the occupation and the destruction of the values of a people have also burnt themselves into the minds of the Algerians.

But the people of the country do not demand much: Algeria has not asked for any reparations for damage done during the war, nor has it asked France for an official apology.

On the contrary: in 2005, the French National Assembly insisted on its right to pass a law praising "the positive aspects of colonisation." That has opened up the discussion in Algeria once more. The public are criticising the government for not showing enough commitment and courage and for being too hesitant in its dealings with France.

French-Algerian Relations
The Shadow of a Colonial Heritage
An Algerian plan to pass a law which would make it possible to bring French crimes from the colonial period before the courts has led to new tension in the already difficult relationship between France and Algeria. By Bernhard Schmid

Yasmina Khadra
Love and Nostalgia in Times of War
In Yasmina Khadra's new novel, years of unfulfilled desire between a French woman and an Algerian man reflect the dramatic relationship between the Occident and Orient; two worlds that bring so much suffering upon each other yet struggle so desperately for reconciliation. A review by Volker Kaminski

END_OF_DOCUMENT_TOKEN_TO_BE_REPLACED
Social media
and networks
Subscribe to our
newsletter