Her boys were placed in a school for children with special needs, where they feel comfortable and their individual needs are catered for. Reem found a parents’ group at the school. "The exchange with other parents was tremendously helpful to me," she says emphatically. "They are still my network, to this day."

Having a network in Gaza would have saved her a lot of heartache. And so she came up with the idea of connecting parents in the region and making available to them information that they frequently don’t receive anywhere else. She was thinking in particular of crisis-hit regions such as Gaza, Libya, Yemen, Syria, but also rural areas in Egypt or Jordan, where parents of disabled children can expect little help. She christened the project "Habaybna" – "Our loved ones" – a name designed to show that these children are loved just as they are.

In November 2017, she won a prize awarded by Bank Etihad in Jordan for her project. With the prize money, she was able to rent an office, expand the website and employ two other people. She learned how to build a start-up during her business degree at Gaza University. She makes the relatively straightforward videos herself.

The experts, parents and therapists who appear in her videos do so without payment. "We rent the studio and film there from morning till evening without a break." Her husband supports her and is principally responsible for the technical side of the organisation. Reem now also does training sessions for a Jordanian telecommunications company that wants to school its employees in dealing with disability. The funding of "Habaybna" is therefore secured for the time being. UNICEF is also interested in working with Reem. 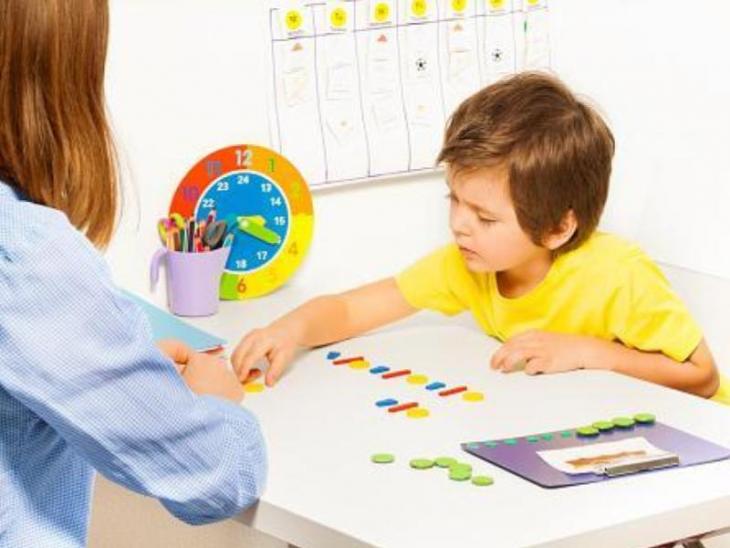 "We teach children who suffer from language deficits how to pronounce words correctly. We especially want to help parents understand what causes this learning disability, so that they can use our therapy techniques at home with their children," explains speech therapist Hanadi al-Masri

The project has resonated with a huge number of people. "I get a lot of positive feedback from parents, from all over the region," Reem is pleased to tell me – you can see the pride in her face. Recently, she says, a mother from Egypt wrote to her: her three-year-old daughter suffers from a rare condition called Angelman Syndrome (a disability involving hyperactivity and cognitive limitations). The woman asked her for help, because she felt abandoned. Reem was able to connect the worried mother with a Jordanian woman whose child has the same disability. "They were both pleased and happy to have the exchange".

It is this opportunity to communicate with each other that parents find takes a huge weight off their shoulders. The grateful father of a little boy with autism writes on the website that he hopes in a few years there will be a large network of parents all over the Arabic-speaking world. "'Habaybna' has provided me with reliable information, which helps me deal with the various phases of our family life."

"Habaybna" can’t help every case. The website cannot replace a doctor, or give comprehensive information about every rare disability. But it can connect people in difficult situations, give them guidance for self-help and, with it, new hope. At the end of October 2018, "Habaybna" added another string to its bow. In free tele-coaching sessions, parents can put their questions to specialists who pass on their expertise pro bono.

"For the first time, I had the sense that I wasn’t alone on this long journey with my son," says Zeinah Zawahneh, the mother of a young boy who has cerebral palsy, after her conversation with a specialist. "I got so many tips for managing the daily challenges in life with my son. I’m a lot more confident now."

The project’s most important aim is to promote a more inclusive approach, and greater acceptance of people with disabilities. At "Habaybna", the focus is not on children’s deficiencies, but on their individual potential.

All the same, there are some thorny issues that Reem doesn’t dare broach. As we broach this topic, she shuffles rather nervously on her chair. As a Palestinian from Gaza, who is only in Jordan on a residence permit, she has to be careful. And so there are no videos on her website that explicitly address the issue of violence within the family, or violence against disabled people.

Both these things exist, of course, she says, citing the example of a woman with Down’s syndrome who was raped in broad daylight in the middle of the city just a few days previously. Jordanian society is only just beginning to discuss these matters in public. But for her, as an outsider who is a guest in Amman, it would be difficult to speak openly about such topics.

"We would therefore rather talk positively about the issue, by arguing that children should be treated with love," she says, very much aware of the limits within which her project operates. There is still a lot of work to be done.

Amro and Aboud are now twelve and 14. They have developed their own interests and hobbies. While the younger boy likes cooking and anything to do with textiles, his elder brother is more interested in computers. Their disability will not be any impediment to them living their own lives. Reem and Mohammed are now convinced of that.

In Jordan, members of civil society have set up the first shelter for women who are under threat of death from their own families. For one year now, such women have been able to ... END_OF_DOCUMENT_TOKEN_TO_BE_REPLACED

Basma, Jad and Ma'zooza are about to join the Sesame Street family. The trio of new Arabic-speaking characters will help teach children in the Middle East to read and write, as ... END_OF_DOCUMENT_TOKEN_TO_BE_REPLACED

Equality in divorce, a ban on polygamy: reformers of Islamic family law have a clear agenda. They are exploiting the ambiguity of traditional jurisprudence. By Joseph Croitoru END_OF_DOCUMENT_TOKEN_TO_BE_REPLACED

The stereotype of the oppressed Arab woman continues to dominate public discourse throughout Europe. Not only is this skewed image altering the perception of changing notions of ... END_OF_DOCUMENT_TOKEN_TO_BE_REPLACED 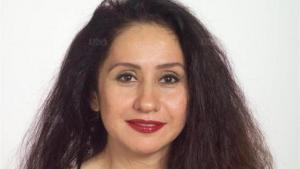 Gender under siege in Mecca

On 20 November 1979, Islamic militants took over the Grand Mosque in Mecca, the holiest site in Islam. Hundreds were killed in the ensuing two-week siege. This pivotal event in ... END_OF_DOCUMENT_TOKEN_TO_BE_REPLACED
Author:
Claudia Mende
Date:
Mail:
Send via mail