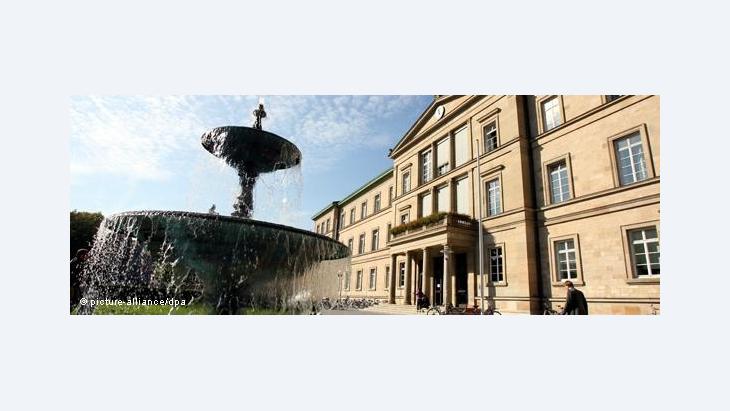 Opening a New Chapter for Islam in Germany

﻿The University of Tübingen is starting a course leading to a bachelor's degree to train imams and teachers of Islam. Until now, only a small proportion of those teaching Islam in Germany have had any training. Sabine Ripperger reports

Germany's first centre for Muslim theology has started operations at the University of Tübingen. It's one of four centres which will teach the subject in German. Aside from Tübingen, there'll be Muslim theology departments at three sets of dual locations – Münster/Osnabrück, Erlangen/Nuremburg and Frankfurt/Giessen – but the other three are only due to open in 2012.

The federal government will take over the cost of salaries for professors and other staff at all four centres for the next five years, at a total cost of 20 million Euros.

According to the federal education ministry, the 700,000 Muslim students at German schools need a total of up to 2,000 teachers of Islam. There's an equally urgent need for imams who have been trained at German-speaking universities and who know something about life in Germany.

Currently, around 100 imams come to Germany from Turkey every year, without knowledge of the language or the country, and serve their mosques for five years at a time. That in itself is enough to show how necessary the new centres are.

The first 24 students began their eight-semester course in Muslim theology in Tübingen on 10th October. Their studies will link theology with general cultural and social issues. The university's rector, Bernd Engler, says that, above all, he wants to attract the best-qualified students. 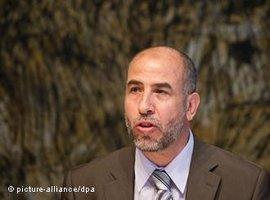 Researching the common history of Judaism, Christianity and Islam: Omar Hamdan, professor at Centre for Islamic Theology in Tübingen

​​The four full professors will not be appointed immediately; junior and visiting professors, including some from abroad, will fill the jobs. Eventually, there will be six full professorships.

So far only one has been appointed: Omar Hamdan, previously of the Institute for Islamic Studies at the Free University of Berlin, where he researched the common history of Judaism, Christianity and Islam. He has links to Tübingen, since he studied Islamic and Arabic studies and comparative literature there, as well as in Jerusalem, and he took his doctorate at Tübingen in 1995.

Hamdan has written and edited a number of books in the field of Koran studies and Muslim theology, and he says he's looking forward to his new job: "It was always my dream to lead a centre for Muslim theology and to make my contribution there," he says.

Omar Hamdan belongs to the Sunni stream of Islam. He learnt German years ago during a student exchange. He is an Israeli citizen and is married with three daughters.

But when he refers to "my children" he might also be talking about his many books. He has a library of over 3,000 volumes, and he plans to donate most of them to the new centre, since they'll be needed there. "It's high time for us to train a new generation in a properly academic way," he says. The new generation has to feel at home in Germany.

Omar Hamdan doesn't just see the main areas of his work as being Muslim theology and religious education, but also intercultural education and inter-religious dialogue. But his heart is really in research: "My research interests are above all the study of the Koran, including Koran manuscripts and the study of the hadiths." He is also particularly interested in early and pre-Islamic history.

"Muslims competent in their field"

Adnan Fetic was born in Bosnia-Herzegovina in 1990 and has lived in Germany for the last 14 years. He's just completed his university entrance qualifications and has applied for a place at the Centre for Muslim Theology. He's been interested in Islam since he was a child, since there have been many imams in his family. Indeed, his father is an imam. 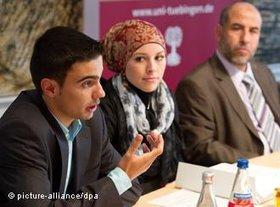 "A new possibility to educate a group of Muslims in Germany who are competent in their field": Adnan Fetic has applied for a place at the Centre for Muslim Theology

​​Fetic sees the new course at a major university like Tübingen as "a new possibility to educate a group of Muslims in Germany who are competent in their field, and who then will be in a position to support and represent Muslims in the Muslim groups, communities and associations, and thus to ensure a better image for Islam."

Adnan Fetic has not yet decided whether he wants to be an imam, a teacher, or an academic. But there certainly a need in all these fields.

Philosopher Juergen Habermas was due to be awarded a major Arab prize in Abu Dhabi, but has turned it down following criticism. This decision torpedoes Arab efforts at a ... END_OF_DOCUMENT_TOKEN_TO_BE_REPLACED

Although a unity government was formed in Libya in March 2021, tensions and possible crises between the political actors are already emerging. What problems does the country face ... END_OF_DOCUMENT_TOKEN_TO_BE_REPLACED

Among Muslims, the image of women as "cossetted hijab-wearing princesses" is frequently invoked. But Muslim women have long wanted to be more. In her essay, Karoline Roscher- ... END_OF_DOCUMENT_TOKEN_TO_BE_REPLACED

Even in times of war and pandemic, refugees are still being deported to Afghanistan. Several deportation flights have taken place in recent weeks alone. Since those affected often ... END_OF_DOCUMENT_TOKEN_TO_BE_REPLACED

Surging coronavirus cases in many parts of the world have overshadowed the start of this year's Muslim holy month of Ramadan, with festivities once again curtailed by contagion ... END_OF_DOCUMENT_TOKEN_TO_BE_REPLACED

German Middle East analyst Guido Steinberg and television journalist Ulrich Tilgner have both published new books on the conflicts in the Middle East. Their analyses and their ... END_OF_DOCUMENT_TOKEN_TO_BE_REPLACED
Author:
Christoph Dreyer
Date:
Mail:
Send via mail

END_OF_DOCUMENT_TOKEN_TO_BE_REPLACED
Social media
and networks
Subscribe to our
newsletter