Between Passing Love and Prostitution

Incest, prostitution or the need for love – the films shown at the first international Women's Film Festival in Cairo tackled all these themes. Nelly Youssef introduces some of them 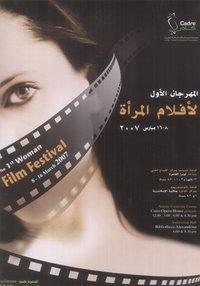 ​​The first international Women's Film Festival in Cairo was organised by the "Cadre Foundation", a group of mainly young Egyptians who want to take a stand against the increasing government pressure on Egypt's artistic and cultural life.

Although the audience responded very positively to some of the showings, most of them were not well attended. Alia el-Bialy, an Egyptian director who also directed the festival, puts this down to the fact that the target group of intellectuals and film fans is becoming smaller and smaller due to the dominant atmosphere of repression in Egypt.

Perhaps, according to Alia el-Bialy, this first Women's Film Festival will also be the last, as the foundation was unable to find a sponsor and gain interest from official circles. The original advertising budget had to be cut from 60,000 to 20,000 Egyptian pounds; everyone involved in the festival worked for free.

At least, adds el-Bialy, who also received no financial payment for her work, the Egyptian Ministry of Culture helped by providing an event location.

But because the festival worked together with the Ministry of Culture, all the films had to pass through the censorship office. They were only permitted to be shown uncut under the condition that the showings were all adults only.

Two of the films, produced by graduates from the Egyptian film school, are not normally allowed to be shown at all: the short film "Profession Woman" by Hiba Youssri, and "Voices" by Usama Abu al-Ata.

In the twelve-minute documentary "Profession Woman", Hiba Youssri shows the lives of three Egyptian prostitutes of different ages. Youssri had to pose as a man to find suitable subjects for her film on the streets of Cairo.

After the film, the audience expressed surprise at the fact that such an important documentary is banned. It is the director's graduation film from the Film Institute, which also produced the film.

Nevertheless, the institute removed the documentary from the list of films shown at the international film festival for documentaries and fictional work in Ismailiyya, for no explicit reason. Hiba Youssri thinks the reason is that the Egyptians wouldn't be able to face the truth.

"Profession Woman" was also shown at the Arab Film Festival in Rotterdam in 2006, winning a prize.

Another of Hiba Youssri's films, "A Different Love", was shown at the opening of the festival. It is her own life story, with the young director playing herself: a young girl loves acting and dreams of conquering the art world. But her father and her family block her path, as they find her interest in art shameful and a disgrace to the family.

Another banned film that was much admired by the audience was the 22-minute "Voices" by Usama Abu al-Ata, based on the novel of the same name by the Egyptian writer Sulaiman Fayyad.

The film tells the story of an emigrant who returns home to his village with his French wife Simone after 30 years. In her husband's absence, Simone is circumcised by the women of the family and dies.

Usama Abu al-Ata, the director, received much applause after the showing. The film shows the attitude of Oriental men towards foreign women and the West in general, he said. He sees the circumcision as a symbol of the relationship to the outside world and an example of a stubborn Oriental mentality that rejects anything different and attempts to force its own views on others.

Usama Abu al-Ata pointed out the inconsequence that the institute had produced the film but then banned it. How can you ban a film, the director asked, based on a prize-winning novel that has been translated into 32 languages?

Another outstanding film shown at the festival was "A Look up to Heaven" by Kamla Abu Zikri. It tells the story of a young veiled girl who enjoys an illicit moment of love with a boy on the "Bridge of the Sixth of October" in Cairo. Her uncle sees her and forces her to lie to her father.

The film "A Blue Cover" directed by Michael Beyouh was also very well received. It is an impressive piece dealing with the crime of "Zina al-Maharim", when a father rapes his own daughter.

Michael Beyouh produced the film himself, as no independent producer has the courage to make films about subjects that society would prefer to ignore.

One of the opening films of the festival was the Egyptian "Sabah al-Full" ("A Wonderful Good Morning"). The director Sherif El Bendary captivated the audience by showing how his heroine, the Tunisian actress Hind Sabri, suffers a typical life of Egyptian women, dominated by financial difficulties and the search for a short moment of love with her husband.

Other films from the Arab world included the Palestinian documentary "Behind the Last Heaven", written and directed by Alia Arsaghli. She tells the story of the Palestinian woman Nahida from the village of Bar'am. The village is destroyed to make way for an Israeli kibbutz, and Nahida gets to know two Israeli women.

The Saudi Arabian documentary "Women without Shadows" by Haifa al-Mansur was also on the programme. The film had already caused somewhat of a scandal when it was shown for the first time in the French Consulate in Jedda, causing an outcry in Saudi Arabia. The film, made by a female Saudi director, deals with the relationship between men and women in Saudi society.

The festival presented 65 films from different countries, 46 of them from Egypt, six from the Arab world and 13 international films.

The Globalization of the Film Industry
How Oriental Films Make It to Europe
Films from the Islamic world are poorly represented on European film markets - Ludwig Ammann explains why. Contrary to general opinion, it is not prejudices but commercial reasons that are primarily responsible for confining Oriental film to a niche market

END_OF_DOCUMENT_TOKEN_TO_BE_REPLACED
Social media
and networks
Subscribe to our
newsletter