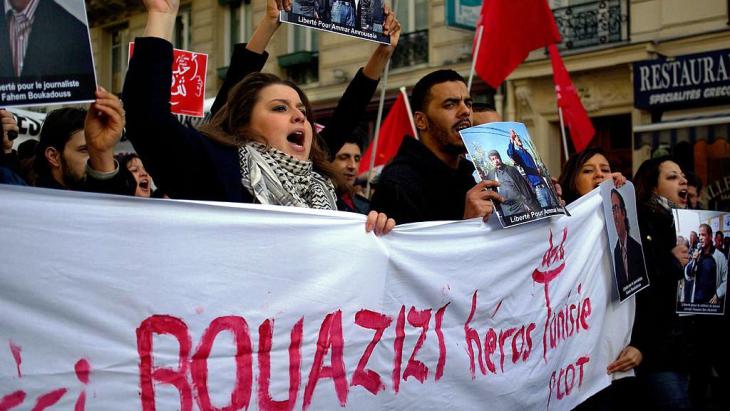 It was the flap of a butterfly wing that was to trigger a storm in Europe. Mohamed Bouazizi's self-immolation in 2010 sent a clear signal: things were about to change. Despite many setbacks, the impact of this message is still being felt. By Karim El-Gawhary

On 17 December 2011, the Tunisian street vendor Mohamed Bouazizi set himself on fire. In a figurative sense, the vegetable seller's act of desperation was the flap that initiated the Arab Spring with all its consequences.

With his famous question "can the flap of a butterfly wing in Brazil trigger a tornado in Texas?" the US mathematician and meteorologist Edward Norton Lorenz established the theory of the "butterfly effect". In a sensitive, unstable system, small variations in the status quo can result in momentous consequences. And the Arab system was unstable.

Indeed, the toppling of the Arab dictators has also triggered a tornado in Europe, with the refugee crisis and the attacks in Paris and other places. There are evidently no limits to the effect of flapping butterfly wings, as must be apparent – even to those in Europe who continue to hope that they can shut themselves away from it all.

After all, whether we want it or not, European and Arab nations share a common destiny. Our largest fuel station is located in the Arab world, our neighbour, a place where questions are decided that affect European security, a place where desperation as a central motive will always tower over the highest boundary fence.

As the Arab saying goes: "Al-Gar aham min al-Dar – the neighbour comes before the home". Or in other words, if you're looking for a flat, first consider who you want to live next door to. The problem is that the European house and its Arab neighbourhood is a large fixed geographical area with a rental agreement that can't be terminated. 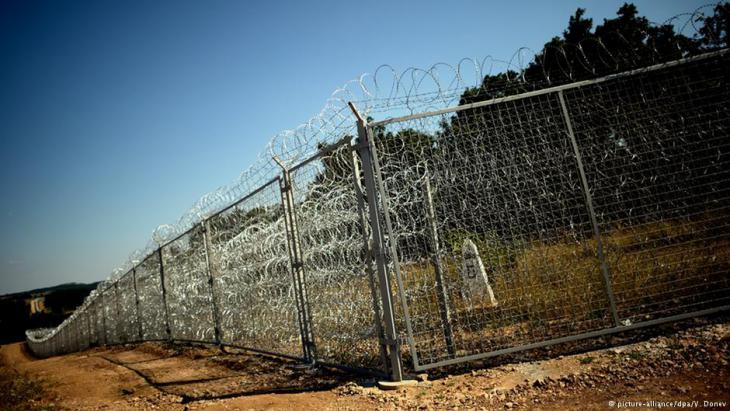 A common destiny: "our largest fuel station is located in the Arab world, our neighbour, a place where questions are decided that affect European security, a place where desperation as a central motive will always tower over the highest boundary fence," writes El-Gawhary

Bouazizi engineered a process that set the entire Arab world in – initially hopeful – motion. This process then also caused civil wars such as those in Syria and Yemen, the dissolution of states such as Libya and increased repression in Egypt. Social contracts and political foundations are currently under renegotiation everywhere. Not, as it was hoped in the beginning, in a peaceful, democratic manner, but often in bloody and brutal ways.

Removing the lid has allowed long-simmering conflicts to boil over, such as the conflict over the role of religion in state and politics. These are conflicts that must take place and be negotiated. An end to this process, which will take years, is not in sight.

Last year's balance sheet makes pretty hopeless reading. Systems are collapsing, holy warriors are becoming more prolific and a significant portion of the Arab world is packing its bags. The Syrian civil war is worsening. In Libya, IS continues to widen its reach in the slipstream of a battle between two centres of power, both of which see themselves as the legitimate government.

In Yemen, the war between the former government – propped up by the Saudi air force – and the Houthi rebels has so far claimed 6,000 lives. In what is in any case one of the poorest nations of the world, the war has triggered a humanitarian catastrophe in which four fifths of the 21 million Yemenis are now reliant upon aid.

But, as we enter a new year, there are a few rays of hope. There is a prevailing sense that we have become bogged down, whether in the case of the regime and the rebels in Syria or of the Saudis and their Yemen war, or the quarrelling power centres in Libya. This, coupled with the refugee crisis and IS attacks has again pushed the Arab world up the international agenda.  As a consequence, there is a sense of urgency that politics, instead of weapons, now need to take centre-stage.

In a UN resolution on Syria adopted late last year, all sides committed themselves to finding a political solution. The relevant talks are set to begin in January. Crucially important questions, such as whether or not to negotiate with Assad and who should now represent the opposition at the negotiating table, have not yet been cleared up. But progress is being made behind the scenes. 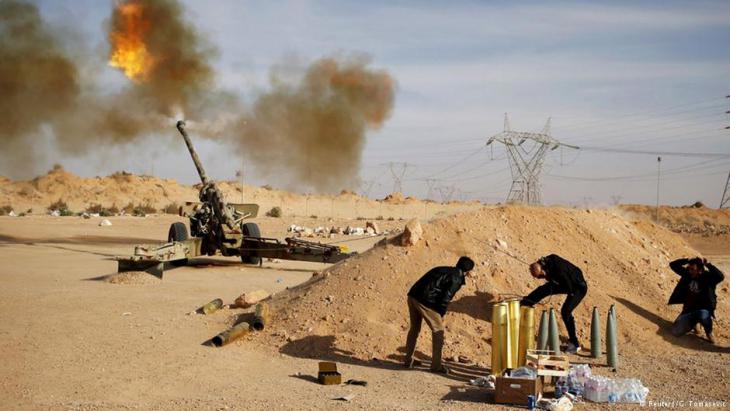 Dangerous power vacuum: "in Libya, IS continues to widen its reach in the slipstream of a battle between two centres of power, both of which see themselves as the legitimate government," writes El-Gawhary

As well as Syria, the focus this year should increasingly be on Libya, where IS is flourishing in the power vacuum. There is already speculation that the IS leadership is considering a move to Sirte, the birthplace of Gaddafi, if the military situation worsens in Raqqa.

Under the leadership of the German diplomat Martin Kobler, a peace treaty has just been signed between the quarrelling Libyan parties in Tripoli and Tobruk. No one can say at the moment whether they will fulfil their pledge and cobble together a government of national unity. In the event of success, this government could perhaps not only get the Libyan state working again, but also take concerted action against IS jihadists. In the worst-case scenario, Libya will have three governments instead of two.

Yemeni opponents also met in Switzerland at the close of last year. For the first time representatives of President Abed Rabbo Mansur Hadi, who resides in Aden, the Houthi rebels, as well as representatives of the former President Ali Abdulla Saleh, who supports these with the remnants of his old Yemeni security apparatus, sat around the same table.

But initially mediators did not even succeed in imposing a seven-day ceasefire that had actually already been agreed. The talks, which nevertheless allegedly yielded some progress, were halted and have been put on ice until early this year, while the war continues unabated.

All these negotiations, attempts at securing ceasefires and peace, whether in the case of Syria, Libya or Yemen, require painstaking attention to detail. There is no guarantee of success. But these are the first serious attempts to quell, at least a little, the storms triggered by the flap of Bouazizi's butterfly wing.

With authoritarianism once more gaining ground in the Middle East and North Africa, the European Council on Foreign Relations explores how European diplomats can be more effective ... END_OF_DOCUMENT_TOKEN_TO_BE_REPLACED

Abdul Fattah al-Sisi's National Human Rights Strategy smacks of the containment and sabotage tactics adopted by counter-revolutionaries during Egypt's 2011 revolution and its ... END_OF_DOCUMENT_TOKEN_TO_BE_REPLACED

Sudan is the exception to the rule in the United Arab Emirates’ counter-revolutionary playbook, writes James M. Dorsey. In contrast to Egypt or Yemen, where it went out of its way ... END_OF_DOCUMENT_TOKEN_TO_BE_REPLACED

Racism exists in the Arab world. People with dark skin are discriminated against and often see their rights curtailed. Activists have had enough of such treatment and are starting ... END_OF_DOCUMENT_TOKEN_TO_BE_REPLACED

General Abdel Fattah Al-Burhan has declared a state of emergency in Sudan and dissolved the Sovereign Council, which was made up of military personnel and civilians. What will now ... END_OF_DOCUMENT_TOKEN_TO_BE_REPLACED

Sex education – taboo in the Middle East. Or is it? Thanks to social media, millions these days are daring to ask everything about "it". Jennifer Holleis has the details END_OF_DOCUMENT_TOKEN_TO_BE_REPLACED
Author:
Karim El-Gawhary
Date:
Mail:
Send via mail

END_OF_DOCUMENT_TOKEN_TO_BE_REPLACED
Social media
and networks
Subscribe to our
newsletter