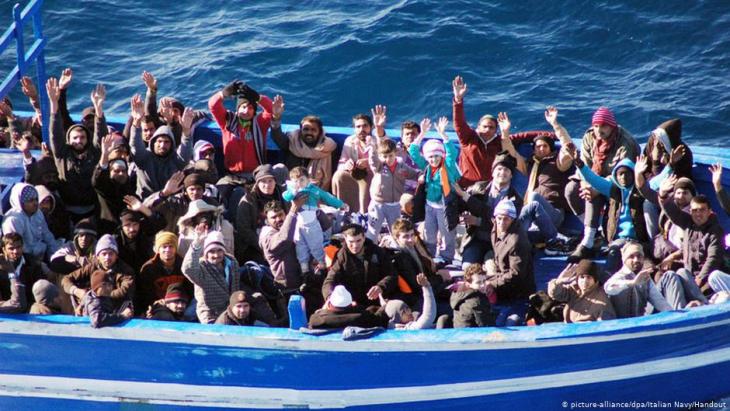 Flight and migration from the Maghreb
Under pressure, Tunisia accepts "unusual deportations"

With the arrival of thousands of Tunisian refugees in Italy, the Italian government is putting increased pressure on Tunisia and wants to extend its deportation deal with the small country. A Tunisian NGO is calling for transparency. Sofian Philip Naceur reports from Tunis

Frustration and lack of prospects have put down deep roots in Tunisian society, fed by an increasingly serious economic crisis, social inequality and disillusionment with Tunisia’s political class, which in the ten years since the 2011 revolution has not even begun to fulfil hopes of real social change in the country.

The coronavirus pandemic has left the country’s tourism sector – so vital to the survival of hundreds of thousands of Tunisians – on the brink of collapse, and this is providing an additional catalyst for the social imbalance, with dramatic consequences. Since the countrywide lockdown was lifted at the end of May, an increasing number of Tunisians have come to see escape to Italy as their only chance of a better future.

It is true that Tunisians have been making the risky crossing from their country’s coast to the Italian islands of Lampedusa and Sicily just a few kilometres away for years. But since the start of this year, the idea of fleeing from a hopeless existence (an escape that in Tunisia is often just called harga, Arabic for burning, and refers to the burning of the border) has grown far more attractive.

41.2 percent of the 23,306 irregular migrants who have arrived in Italy since January are Tunisian citizens (as of 28 September 2020). During the whole of 2019, the Italian authorities counted only around 2,600 irregular arrivals by Tunisian migrants. Tunisia has now become far and away the most significant country of origin for refugees arriving in Italy.

The government in Rome therefore increased its pressure on Tunisia significantly in the spring of this year, repeatedly calling on the authorities there to take more consistent action against boats leaving the Tunisian coast, and to accept a higher number of deportees. Italy’s foreign minister, Luigi di Maio, even overtly threatened Tunisia with the prospect of blocking 6.5 million euros of development aid that had already been promised, if the country did not finally come round and co-operate more closely on migration control. 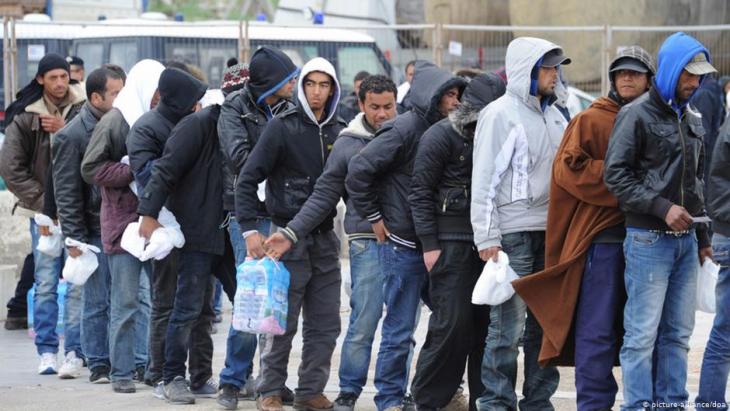 Rigorous deportations rather than admittance: in September Italy and Tunisia agreed to double the number of repatriations to Tunisia. Up to 600 Tunisian migrants are to be taken back per month by the North African country, according to the Italian Interior Minister Luciana Lamorgese. Official figures indicate that 21,000 boat refugees have reached Italy since the beginning of the year, among them 9,000 Tunisians

You may also like: Tunisia post-lockdown – should we stay or should we go?

The Tunisian coastguard has, however, stopped more migrant boats this year than ever before. Between January and August, they prevented 8,516 people from making the crossing to Italy, 7,890 of whom were Tunisian citizens. In the first eight months of 2018, according to the Tunisian human rights organisation FTDES (Tunisian Forum for Economic and Social Rights, a group that evaluates the position of the Tunisian authorities on various issues and provides monthly statistics on irregular emigration) that number was 3,534, and over the same period in 2019 it was only 2,338.

All the same, the pressure from Rome seems to be having an effect. At the end of September, the Italian daily newspapers La Repubblica and Il Foglio reported that the deportation agreement between Italy and Tunisia, which has been in place since 2011, is to be extended – at least on a temporary basis.

According to both papers, Tunisia’s new prime minister, Hishem Mechichi (who only took office in September and was acting in his former position as interior minister), came to an agreement with Italy’s minister of the interior, Luciana Lamorgese, during visits to Tunis in July and August 2020, that from October irregular Tunisian migrants arriving in Italy would be subject to "unusual returns".

Home
Print
Newsletter
More on this topic
Clandestine migration from Tunisia: Flight of the hopelessTunisia's ″Cemetery for the Unknown″: The gravedigger of ZarzisTunisia and the EU: Bolster the young democracy!
Related Topics
Economy, European Union (EU), Islam and the West, Migration, Policy on refugees and migration, Poverty, Refugees
All Topics

Since returning to power in Afghanistan, the Taliban have steadily eroded the rights and opportunities of women and girls, particularly their access to education. But Afghans are ... END_OF_DOCUMENT_TOKEN_TO_BE_REPLACED

The book "The Invention of the Maghreb: between Africa and the Middle East" prompts us to review basic terminology. This includes terms that we use almost every day as if they are ... END_OF_DOCUMENT_TOKEN_TO_BE_REPLACED

Tunisia has been going through a severe economic and political crisis in recent years. More than one in three young people there are unemployed. For many skilled, qualified and ... END_OF_DOCUMENT_TOKEN_TO_BE_REPLACED

At the end of every year, the team at Qantara.de gives you a run-down of the ten most-read articles on the site over the past 12 months. Here is a quick overview of the stories ... END_OF_DOCUMENT_TOKEN_TO_BE_REPLACED

The government in the Netherlands, one of the last European nations to abolish slavery, has made an historic apology. But some feel that there is still a long way to go. By Ella ... END_OF_DOCUMENT_TOKEN_TO_BE_REPLACED

To celebrate the bicentenary of the deciphering of the Rosetta Stone, the British Museum is running an exhibition entitled "Hieroglyphs: unlocking ancient Egypt" until February ... END_OF_DOCUMENT_TOKEN_TO_BE_REPLACED
Author:
Sofian Philip Naceur
Date:
Mail:
Send via mail

END_OF_DOCUMENT_TOKEN_TO_BE_REPLACED
Social media
and networks
Subscribe to our
newsletter