Iranian writer F.M. Esfandiary was born in 1930 in Brussels. Although his novel "Identity Card" was published over 40 years ago, this story of the absurdities of bureaucracy and a desperate search for identity is a timeless work of literature with universal pertinence. A review by Volker Kaminski 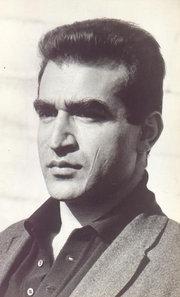 A narrative where tragedy begs to be masked by comedy: F.M. Esfandiary conveys the consequences and realities of Iranian life

​​The story of Daryoush Aryana, who in the process of trying to procure a new identity card becomes entangled in the labyrinth of an all-powerful bureaucracy, is set in Tehran in mid-1960s. But it could just as well take place anywhere people suffer under the arbitrary tyranny of the authorities, the abuse of public office and rampant corruption.

The simple fact of having lost his identity card and having to renew it turns into a nightmare for Aryana that stretches on week after week.

Daryoush Aryana has lived since his childhood in the West. As a boy he left his Iranian homeland with an uncle and moved to America, where he studied, taught and travelled through Europe. He lived for a long time in Paris, until one day he felt the urge to see his old homeland again. Besides sporadic contact with Iranians living in exile, he no longer has any ties to his country. His return is instead motivated by emotional reasons, by homesickness and an indefinable longing.

Soon after he arrives – after only three weeks – it becomes clear to Aryana how foreign Tehran society has become to him. Frustrated, he decides to leave again. This is where the novel begins. Aryana is looking forward impatiently to his departure – he only needs to obtain his new identity card, which, as the officials assure him, is a mere formality.

But then this supposedly minor detail proves to be a virtually insurmountable challenge for Aryana. He is sent from door to door, from one official to the next, and even after weeks of agonising waiting, he still hasn't made any progress.

Esfandiary's novel, which he wrote while living in Iran, was intercepted and confiscated at a Tehran post office and only made its way to America after being re-typed. It was published there in the 1960s. We have Ilija Trojanow to thank for rediscovering the novel and translating it for German readers as part of his "Weltlese" (World Selection) series.

The loss of identity

​​As Trojanow emphasised in an interview, the novel is more than just a Kafkaesque tale of a helpless individual lost in the dark corridors of a dubious bureaucracy. The central theme is instead the lack of a homeland – a fate common to millions of people in the 20th century who found themselves uprooted and at risk of losing their identity.

It is this background against which Esfandiary sets his story, in which the main character, Aryana, bereft of a true homeland, sets off on a symbolic quest for his identity, in the form of his identity card.

The various stations on his marathon trek through the offices of the Iranian authorities, and the social conflicts Aryana experiences along the way, are the main focus in this modern parable, making for fascinating reading. Esfandiary vividly depicts the bizarre difficulties that Aryana encounters in his dealings with the government administration.

In the process, it's remarkable how no one at the Registry Office or the police station tries to discourage him. Everywhere he goes, people treat Aryana with exquisite politeness, apparently trying to be helpful and addressing him with almost ceremonious subservience.

The remark of a civil servant that he is "overwhelmed that you (Aryana) would deign to speak with me", is hard to believe, until we realise that these flowery phrases actually conceal a spirit of frozen rigidity that Aryana finds it almost impossible to break through. 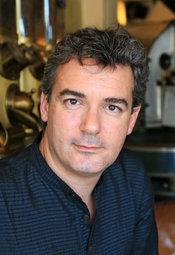 ​​The German reader will find the complicated forms of address and exaggerated demonstrations of courtesy strange, but they show very adeptly how the antiquated system of feudal repression still permeates modern society, making itself felt keenly in the era represented in the novel.

Aryana is forced to realise everywhere he goes that, behind the apparent openness and hospitality of Iranian society, there lurk insincerity, narrow-mindedness and a lack of freedom. Able to see through the system of rigid conventions, he repeatedly offends others with his openness and unconcealed criticism.

An inextricable tangle of contradictory feelings

Whether he exposes poems recited in honour of the guests at a garden party as florid and hollow or makes fun of the unreliable civil servants who have stood him up, or when he fights with officials, accusing them of serving a despotic, corrupt and backward state, he is doomed always to remain a stranger in his own country.

He even fails to inspire any understanding in his old friend Kourosh. Even when Kourosh shows him letters he once wrote from abroad expressing a yearning for his homeland and saying how much he always wanted to return, Aryana can still find no solution to his identity problem. His feelings for Iran have become an inextricable tangle of contradictory emotions, his only remaining clear wish to escape the country again.

Esfandiary succeeds in integrating the fate of the homeless Aryana into real political events of the period. He recounts incidents that at the time led to a state of near civil war between government troops and followers of Mossadegh's National Front.

Against this backdrop, Aryana's desperate quest for the needed document remains gripping to the very end, the various stations to which he is referred becoming more and more grotesque, and finally taking him to the highest levels of politics.

Politics "as disgusting as the bureaucracy"

In the end he is promised that he will receive his identity card at the direct behest of the Minister of War – a thread of hope onto which Aryana clings, although by then he comprehends that he has become caught up in a politics that is "no less irrational, no less medieval and disgusting than the bureaucracy."

Despite occasional satirical elements, the novel remains realistic throughout. One of its strongest aspects is its ability to maintain a grim sense of humour in the face of all the sinister occurrences, the author revealing therein a mordant scorn for a moribund social and political system.

F. M. Esfandiary, who later referred to himself as FM-2030, was born in Brussels in 1930. He was the son of an Iranian diplomat and spent his childhood in countries including England, Iran, Afghanistan and India. He participated in the 1948 Olympic Games as part of the Iranian fencing team. Esfandiary was a member of the UN Conciliation Commission for Palestine, a writer, university lecturer, philosopher and futurologist. He died in New York in 2000.

Ilija Trojanow on F.M. Esfandiary
Searching for Identity in Iran's Labyrinthine Bureaucracy
F.M. Esfandiary's novel "Identity Card" was published in the mid-1960s. A dissection of the inhuman absurdities of the Iranian bureaucratic system, it is a book that has lost nothing of its relevance under the mullahs, as Ilija Trojanow, translator of the newly published German translation, tells Nimet Seker

END_OF_DOCUMENT_TOKEN_TO_BE_REPLACED
Social media
and networks
Subscribe to our
newsletter