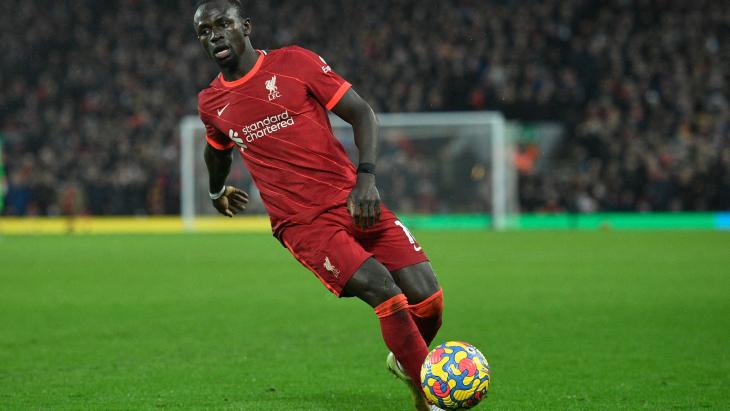 Football in Africa
Mane, Salah and more – Six stars to watch at the Cup of Nations

The Africa Cup of Nations begins in Cameroon on Sunday with the continent's top-ranked side Senegal seen as the team to beat alongside reigning champions Algeria.

Here are six stars to watch at the Africa Cup of Nations tournament:

Choupo-Moting was dismissed at times during his two-year stint at Paris Saint-Germain, where he was a back-up in attack to superstars Neymar and Kylian Mbappe. Yet he still popped up with some important goals and has netted 17 times in 44 appearances since signing for Bayern Munich in 2020.

The 32-year-old, who stands 1.91m tall, was born in Germany and notably played for Hamburg and Schalke at the start of his career before a stint in the Premier League at Stoke City.

Eligible for Cameroon through his father, he represented the Indomitable Lions at the 2010 and 2014 World Cups and captained them at the AFCON in 2015 and 2017. He did not go in 2017, when Cameroon won the trophy in Gabon, but is the biggest name in the hosts' squad this time as they look to win the trophy for the sixth time.

Senegal are the leading African side according to the FIFA rankings and Liverpool forward Mane is their star player. A former African Footballer of the Year who also came fourth in the Ballon d'Or rankings in 2019, Mane will be hugely missed by Liverpool as he heads to Cameroon – he has 10 goals this season for his club.

However, the 29-year-old is desperate to win African football's biggest prize after Senegal lost to Algeria in the 2019 final. The west African country has never won the Cup of Nations.

At 23, right-back Hakimi is starring for PSG having already played for Real Madrid, Borussia Dortmund and Inter Milan, and is arguably the best attacking full-back on the planet today. He will therefore be the man to watch in a Morocco side among the leading contenders to go all the way.

Hakimi, who joined PSG from Inter last July for 60 million euros ($71 million), is in theory a defender, but he is chiefly a key creative and attacking outlet down the right. Born and brought up in Madrid to Moroccan parents, Hakimi was just 18 when he scored on his competitive debut for the Atlas Lions.

Many scoffed when Salah came seventh in the final Ballon d’Or rankings in November. It could be argued there is no better player in the world right now than the 29-year-old forward, who has scored 54 times for Liverpool since the start of last season.

Jurgen Klopp's side will miss him and Mane while they are gone for up to a month, but Salah carries the hopes and dreams of 100 million Egyptians on his shoulders. He is the headline act in a squad made up largely of home-based players as The Pharaohs chase a record-extending eighth African crown.

Salah played in the team that lost the 2017 final to Cameroon before losing to South Africa as hosts in the last 16 in 2019.

Another former African footballer of the year, Mahrez captained Algeria to victory in 2019 and is again the star man as they look to defend their title.

The winger has been in fine form for Manchester City, with 13 goals in 25 games this season for the Premier League leaders. Now 30, Mahrez was born and brought up in the Paris suburbs but Algeria was the land of his late father's birth and Riyad made his international debut just before the 2014 World Cup, not long after he first moved to England with Leicester City.

The tall 27-year-old striker has been one of the stars of this season's UEFA Champions League, scoring 10 goals in the group stage for Ajax. He became just the second player to score in all six group games, following Cristiano Ronaldo in 2017.

Haller, who has 22 goals this season, joined Ajax last January from West Ham United for 22.5 million euros ($27.5m), calling time on a disappointing spell in England to return to the Dutch league, where he was based previously.

Born and brought up in the Paris suburbs, he played for France Under-21s but opted to represent the Ivory Coast – the land of his mother's birth – after getting the call aged 26.    (AFP) 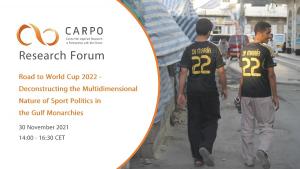 The upcoming CARPO research forum on 30 November 2021 aims to shed more light on the role sport plays in the Gulf region, highlighting obstacles and grievances, while also ... END_OF_DOCUMENT_TOKEN_TO_BE_REPLACED

The takeover of English football club Newcastle United by the Saudi Public Investment Fund is more than an attempt by the Kingdom to boost its own image. There are strategic ... END_OF_DOCUMENT_TOKEN_TO_BE_REPLACED

Berlin's annual Human Rights Film Festival closed at the weekend. One entry to the festival was the documentary "Captains of Zaatari". Its Egyptian director Ali El Arabi focuses ... END_OF_DOCUMENT_TOKEN_TO_BE_REPLACED

Migrants are often maligned as being responsible for Europe's problems. Yet their integration is in Europe's interest. Michael Thaidigsmann believes that a long-term vision is ... END_OF_DOCUMENT_TOKEN_TO_BE_REPLACED

The Saudi national team is set to play the German Olympic squad at the Olympics in Tokyo later this month – a chance for the outsiders to make their mark. At the same time, and ... END_OF_DOCUMENT_TOKEN_TO_BE_REPLACED

The final defeat against Italy hurt England – but the racist insults against Saka, Sancho and Rashford were far more painful, revealing the deep rift running through English ... END_OF_DOCUMENT_TOKEN_TO_BE_REPLACED
Date:
Mail:
Send via mail

END_OF_DOCUMENT_TOKEN_TO_BE_REPLACED
Social media
and networks
Subscribe to our
newsletter