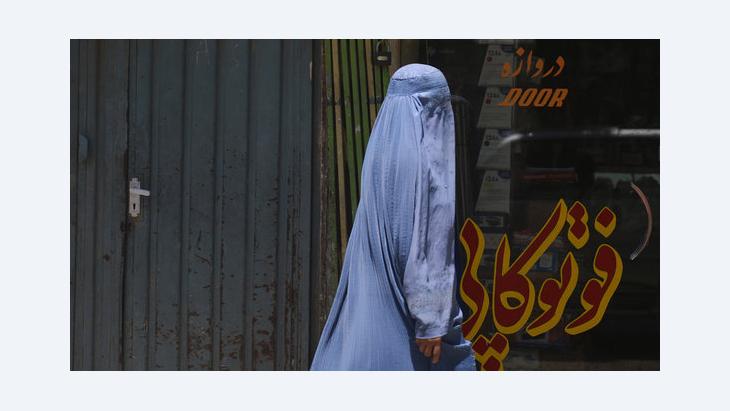 Suicide as a Final Resort

Up to 80 per cent of marriages in Afghanistan take place without the consent of the bride, who is often a minor. Many of these brides – particularly those who live in cities – see killing themselves as the only way out. Waslat Hasrat-Nazimi reports on this tragic state of affairs

Weddings are one of the few occasions in Afghanistan where families and friends can forget their sorrows and the ongoing violence in their country and have some fun. It is traditional to dance into the early hours after a feast. It is also traditional for the bride to put on a sad face because she is leaving her family; she is not allowed to smile.

Shafiqa Azarmehr has a friend who is in one such an unhappy marriage. "She is called Nadia. Her family forced her to get married, but she didn't want to marry the man chosen for her. She tried to kill herself but her family stopped her in time, preventing her from committing suicide," says Azarmehr.

Many girls and young women see suicide as their only escape. "It's a final resort and the last attempt at resistance, to not accept the situation women are being pushed into," says Monika Hauser. The gynaecologist founded the German women's rights organization medica mondiale 20 years ago and set up medica Afghanistan nine years ago.

"The suicide rate is rising – particularly in towns – because women are fighting against forced marriages there." Women in cities tend to be more educated and have easier access to the media that show there are other ways of living, she explains. 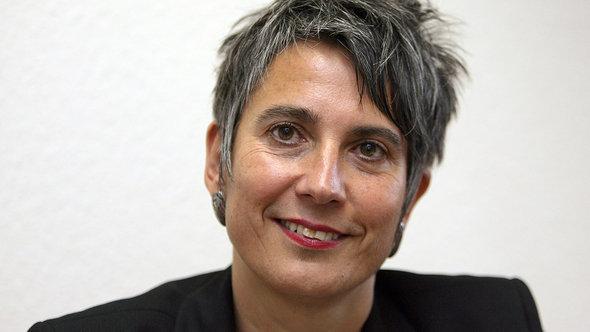 Marginalised by society and left on their own: Monika Hauser, gynaecologist and founder of medica mondiale and medica Afghanistan, stresses the importance of giving women in arranged marriages psychological support and legal advice

According to the Institute for War and Peace Reporting, the number of self-immolations among young women in Herat, on the border with Iran, rose by 50 per cent in 2009. This tallies with Hauser's own experience of rising numbers of suicide among women across the country. "Refugees from Iran experience relative freedom and are then confronted with repressive family structures here," she says.

According to recent studies, some 1.8 million Afghan women have been diagnosed with depression. Dr. Mohammad Ashraf Rawan, who offers psychiatric support in the northern province of Balkh, says violence against women and restrictive conditions are potentially fatal.

"A forced marriage often leads to problems or divorce," he adds. "Girls who are married against their will and on whom there is great pressure tend to get depressed or have psychological problems and that sometimes leads to suicide."

According to Islamic law, a man and woman should agree on a marriage for it to be valid. However, tradition tends to take priority in Afghanistan. Parents often decide upon their daughters' future without asking them for an opinion. Men, on the other hand, are generally able to confirm or reject their family's choice of bride and can sometimes even choose their own bride. 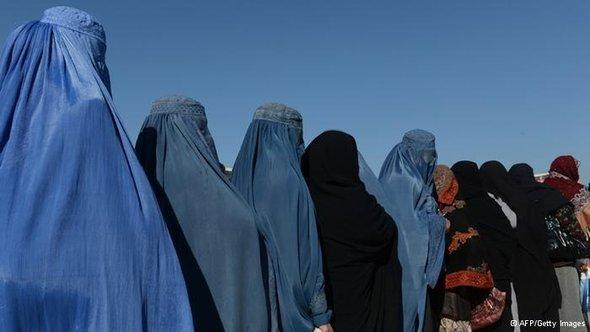 Human rights organisations such as Human Rights Watch criticise the fact that many Afghan women are subjected to regular harassment and abuse. Forced marriages of underage girls and domestic violence are still both widespread and widely accepted in Afghan society

Last year, Fauzia Nawabi from the Afghanistan Independent Human Rights Commission conducted interviews with women who had tried to commit suicide one or more times. "Almost every time, the real reason for their attempts was forced marriage," says Nawabi.

Fauzia Nawabi is responsible for four northern provinces. In 2012, 36 suicide attempts were registered there; ten women survived. She says that the real figure is much higher as most suicides are simply not registered because they are kept secret by the families.

That's why Monika Hauser feels that it is so important to offer girls and women assistance and advice. medica Afghanistan not only offers psychological support but also legal advice in centres that have become famous by word-of-mouth across the country. "They can speak freely in a protected environment. It is important that they realize they are not alone and that this is a societal problem."

Although the Afghan constitution says men and women are equal before the law, this is often only true on paper, she says. A decree to end violence against women was signed by Afghan President Hamid Karzai three years ago but it has yet to be adopted in parliament. It would raise the legal minimum age of marriage to 16.

Many predominantly Muslim countries have penal laws against "blasphemy", "defamation of religion" and "apostasy". In practice they serve as highly effective weapons to settle ... END_OF_DOCUMENT_TOKEN_TO_BE_REPLACED

Elke Muller is fighting for her daughter Anna, who fell in love with a young Afghan and converted to Islam. The mother spoke to Esther Felden about feeling alienated and her fear ... END_OF_DOCUMENT_TOKEN_TO_BE_REPLACED

Despite ongoing peace negotiations between the United States and the Taliban, the bloody conflict in Afghanistan continues to take a heavy toll on the country’s people. Can talks ... END_OF_DOCUMENT_TOKEN_TO_BE_REPLACED

Within eyeshot of the Bosnian-Croatian border, thousands of refugees are camping in squalor on a former garbage site. Their supplies are scarce. ... END_OF_DOCUMENT_TOKEN_TO_BE_REPLACED

Under the tutelage of Pakistan's military, the Taliban brought peace to Afghanistan the last time it ruled the country. But it was the peace of the graveyard, which it could ... END_OF_DOCUMENT_TOKEN_TO_BE_REPLACED

In "What We Left Unfinished", Afghan-Lebanese-American filmmaker Mariam Ghani discusses the forgotten era of Afghan Communism and its ties to arts, culture and propaganda. ... END_OF_DOCUMENT_TOKEN_TO_BE_REPLACED
Author:
Waslat Hasrat-Nazimi
Date:
Mail:
Send via mail

END_OF_DOCUMENT_TOKEN_TO_BE_REPLACED
Social media
and networks
Subscribe to our
newsletter