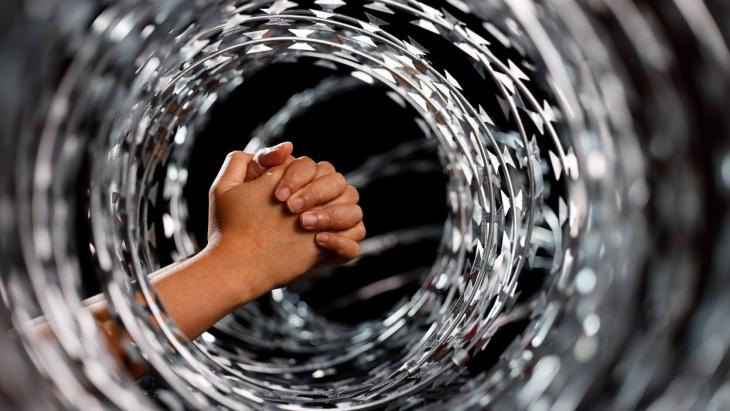 All eyes in Turkey are on a court hearing scheduled for January 30 into a child abuse case that allegedly occurred with the knowledge of one of Istanbul's most powerful Islamic sects. The little girl was failed by the state not once, but several times. Ayse Karabat reports

H.K.G. was married when she was only six. She was sexually abused, systematically and continuously, with the knowledge of the Hiranur Foundation, one of Turkey’s most powerful Islamic sects and authorities. Now 24, she is waging war on everyone who was complicit in the crime, including the sect and the judicial system that failed to protect her.

Her case has cast a spotlight on religious sects and the failure of the Turkish judicial system, unleashing a wave of public anger.

H.K.G., identified in media reports only by her initials, is the daughter of Yusuf Ziya Gumusel, head of the Istanbul-based foundation, which is affiliated to the influential Ismail Aga religious community. According to her testimony to the public prosecutor, she was married off by her father to one of his followers, 29-year-old Kadir Istekli, when she was just six.

A photo provided to the court shows she was dressed in a dress resembling a bridal gown. In her statement, H.K.G. reportedly said she was taken to the photo studio for a "wedding photoshoot". Istekli told her they were playing "a game everybody plays but does not talk about". Over the years to come, he sexually abused her. 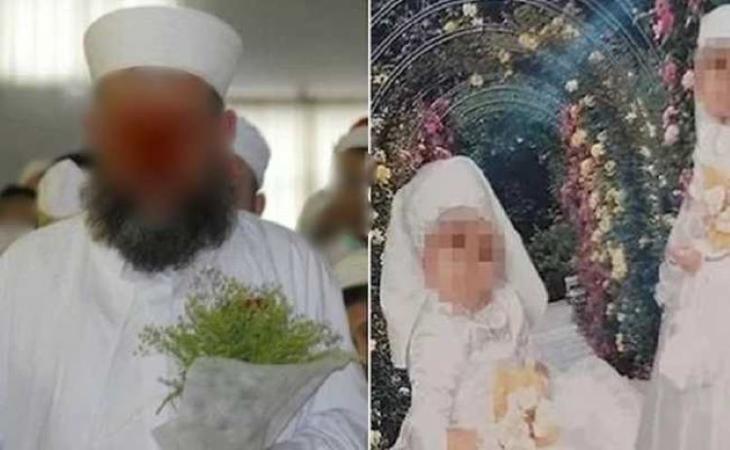 The tragic case of H.K.G has triggered a long-running discussion in Turkey regarding the influence, power and outreach of various Islamic sects. Seculars and critics believe that during the 20 years of AKP rule, religious sects – known as "tariqat" in Turkish – have continued to expand their influence. Some argue it was they who pushed Turkey into withdrawing from the Istanbul Convention, a landmark international treaty protecting women against violence, in 2021

She and Istekli lived in the same building with her family. Her parents sent her to his flat from time to time until she was 14. Thereafter, following a non-civil wedding ceremony, at which none of the attendees bothered either to pay any attention to her age or inform the authorities, she began living with Istekli in the same house.

Turkey’s laws against child marriage have only begun improving fairly recently. In 2001, the legal age for marriage in Turkey was raised for both sexes to 18. Before 2001, girls could be married off in civil marriages at the age of 16 and young men at 17.

Marrying children off became a punishable act, yet it still takes place in Turkish society. Today, in Turkey, one in five women aged between 18 and 45 was married before turning 18, according to a study titled "Child, Early and Forced Marriage in Turkey: Data Analysis of Turkey Demographic and Health Surveys conducted between 1993 and 2018". The study was carried out by UNFPA Turkey and Hacettepe University Institute of Population Studies.

H.K.G. was never sent to school and was therefore not registered in the official education system, even though all children must attend school for 12 years, starting at the age of six.

When her claims were made public, Turkey's education and academic workers union Egitimsen accused the education ministry of not thoroughly monitoring children’s attendance in schools. The union reiterated that not sending children to school was punishable by law, but that there was a general atmosphere of impunity.

Relations between Turkey and Russia are ambivalent. Moscow is nonetheless trying to prop up the leadership in Ankara. Elections are to be held in Turkey in June – and the last ... END_OF_DOCUMENT_TOKEN_TO_BE_REPLACED

Any reconciliation between Turkey and Syria’s Assad regime would have disastrous consequences for many Syrians, explains Syria expert Kristin Helberg END_OF_DOCUMENT_TOKEN_TO_BE_REPLACED

The poetry of Pir Sultan once prompted uprisings in the Ottoman Empire. To this day, Alevis identify with him. Rainer Hermann visited Mehmet Celebi, a direct descendant of the ... END_OF_DOCUMENT_TOKEN_TO_BE_REPLACED

There are signs of an imminent normalisation of relations between Turkey and Syria. This would allow Erdogan to score political points domestically before the upcoming elections ... END_OF_DOCUMENT_TOKEN_TO_BE_REPLACED

Turkey will mark the centenary of the proclamation of the Turkish republic in October. But 2023 will be an important year in another respect too: Turks will go to the polls in ... END_OF_DOCUMENT_TOKEN_TO_BE_REPLACED

END_OF_DOCUMENT_TOKEN_TO_BE_REPLACED
Social media
and networks
Subscribe to our
newsletter