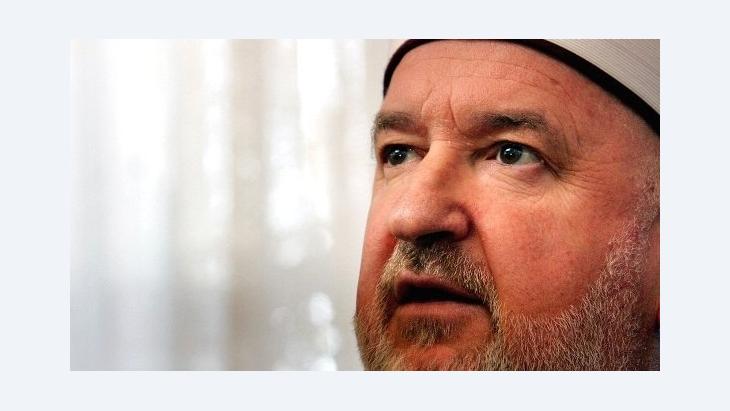 The election of Argentine Pope Francis, the 266th Bishop of Rome and head of the Roman Catholic Church, deserves both our congratulations and our reflection for the future of Muslim-Christian coexistence and dialogue. By former Bosnian Grand Mufti Mustafa Ceric

As a survivor of genocide at the end of 20th century in Bosnia, I am very interested in the policy of the Vatican and the message of the Holy See, which speaks for the Catholic Church. While the political influence of the Vatican might be limited to public diplomacy, the spiritual influence has great significance for millions of Christians around the world. Consequently, the pope has always had a great impact on global peace and security.

Pope Francis may find in his two immediate predecessors important lessons that could guide his future relations with Muslims.

Pope John Paul II was a good communicator and supporter of interfaith dialogue. His relationship with the Muslim world was respectful and promising. For example, he spoke against the four year siege of Sarajevo every Sunday from St Peter's Basilica in Rome.

"In order to dialogue it is necessary to know how to lower defences, open the doors of one's house, and offer human warmth." Pope Francis greets foreign diplomats during an audience with the diplomatic corps at the Vatican, 22 March 2013. Francis urged the West to intensify dialogue with Islam

​​Pope John Paul's message, "Never again war. Never again hatred and intolerance," has been well received by all people. When he visited Sarajevo in April 1997, the late Bosnian president Alija Izetbegovic called Pope John Paul II "one of the most influential men of the 20th century".

While relations with Muslims were strained in an unfortunate way with Pope Benedict XVI's remarks about Islam and the Prophet Muhammad at the University of Regensburg in 2005, his subsequent apology rekindled dialogue.

The ensuing dialogue began with the A Common Word Initiative, launched by 138 Muslim scholars and academics. On 13 October 2007, these Muslim scholars released an open letter entitled "A Common Word between Us and You" to Christians worldwide, inviting them to seek common ground with Muslims based on the love of One God and neighbour. Every major Muslim-majority country in the world was represented, and Christian leaders worldwide responded positively to this initiative.

This led to the establishment of the Catholic-Muslim Forum. Two summits have been held so far. The first one took place at the Vatican in 2008, where Pope Benedict XVI met all the participants and the second one in Jordan in 2011. Relations were also strengthened through the pilgrimage Pope Benedict XVI made to Jesus's baptism site in Jordan and his visit to the King Hussein Mosque during the same trip in 2010. 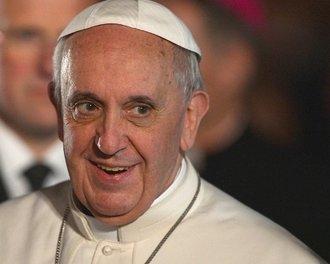 Humility and dialogue: as part of a series of pre-Easter papal ceremonies, Pope Francis washed the feet of 12 inmates at a juvenile prison in Rome, including two Muslims. This is just one of several gestures of openness towards the Muslim world that could change perceptions of the Vatican, observers say

​​Pope Francis' statement on dialogue, published in his 2011 book On Heaven and Earth says, "Dialogue is born from an attitude of respect for the other person, from a conviction that the other person has something good to say. It assumes that there is room in the heart for each individual's point of view and opinion. To dialogue entails a cordial reception, not a condemnation. In order to dialogue it is necessary to know how to lower defences, open the doors of one's house, and offer human warmth."

With this in mind, I hope that Pope Francis has inherited the best of both of his predecessors: the openness and good will of Pope John Paul II towards Muslims, and the willingness of Pope Benedict XVI to continue dialogue and strengthen relations with Muslims worldwide.

Indeed, I hope that Pope Francis will renew the Catholic-Muslim Forum with new energy and commitment to the spirit of the A Common Word Initiative which Pope Benedict XVI helped begin. With such work, I am hopeful for my two grandchildren that they may live in peace in Bosnia without fear of religiously motivated violence.

We are in the same boat

With strong interfaith relations, there are three areas of common human concern that Pope Francis might make important in his pontificate. First is the issue of poverty, which should have an appeal to our human and religious conscience. Second is the issue of climate change due to global pollution caused by human negligence and greed. And third is the issue of nuclear threats that could lead to human self-destruction.

These issues are global in nature and local in action. Regardless of our faith, culture, race, nationality and ideology, we are in the same boat of global collapse or salvation. Therefore, we need to build our ark with peace, dialogue and mutual respect.

I hope that Pope Francis will do what he can to work with Muslims and others in order to build an ark that will save this common humanity of ours.

May God bless us all to be friends to one another. We all take different paths in life, but no matter where we go, we take a little of each other everywhere. Friends are God's way of caring for us.

Sheikh Mustafa Cerić is the Grand Mufti Emeritus of Bosnia-Herzegovina and currently serves as President of the World Bosniak Congress. He was the 2003 co-recipient of the UNESCO Felix Houphouet-Boigny Peace Prize.

Home
Print
Newsletter
More on this topic
Pope Benedict XVI and Turkey's Muslims: The Eternal TheologianInterview with Mustafa Ceric: ''The West Does Not Want to Share Its Values''Islam in Bosnia: ''We belong to the West, culturally and mentally''
Related Topics
Dialogue of Religions, European Islam, Islam and democracy, Islam and the West, Islam in Europe, Sharia
All Topics

Germany's foreign policy is explicitly values-based. But what happens, Ralf Bosen asks, when democracy, the rule of law and human rights collide with the logic of trade and ... END_OF_DOCUMENT_TOKEN_TO_BE_REPLACED

No other Western poet was arguably so well-versed in the Koran or so fascinated by Islam as Germany's national hero, Goethe. In a new publication that examines all Goethe's ... END_OF_DOCUMENT_TOKEN_TO_BE_REPLACED

A deluge of books, movies, series and cover stories: ever since the events of 9/11, the West has seemed almost manically preoccupied with Islam. Yet this has rarely led to deeper ... END_OF_DOCUMENT_TOKEN_TO_BE_REPLACED

Twenty years after 9/11, the world is faced with the dual challenge of Islamophobia and anti-Westernism. Ahmet Kuru argues that Muslims in the West, well versed in both Western ... END_OF_DOCUMENT_TOKEN_TO_BE_REPLACED

Two decades after the attacks of 11 September 2001, the West faces the shattered debris of its failure – not only in Afghanistan, but also in Iraq, Syria, Libya and Yemen. What ... END_OF_DOCUMENT_TOKEN_TO_BE_REPLACED

Twenty years after 9/11, the United States is recalibrating its war policy. However, its assertions that the era of endless wars is over are a myth, writes Maha Hilal END_OF_DOCUMENT_TOKEN_TO_BE_REPLACED
Author:
Mustafa Ceric
Date:
Mail:
Send via mail

END_OF_DOCUMENT_TOKEN_TO_BE_REPLACED
Social media
and networks
Subscribe to our
newsletter