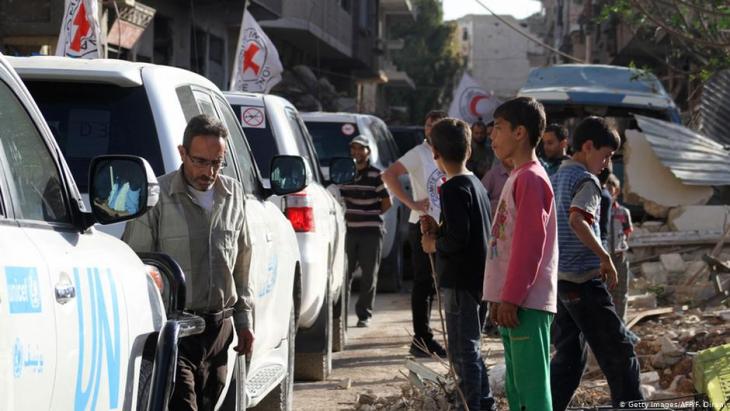 Twelve million Syrians are dependent on humanitarian aid, a sombre figure that conceals much suffering and high costs, of which Europe bears 80%. With an aid shortfall looming, the EU is mobilising donations and counting on civil society. Christian Hanelt argues that Brussels must take a stronger stance politically if the suffering is to stop

Even if the corona crisis is drawing everyone's attention to Germany and the situation in the EU, many crises in Europe's immediate neighbourhood still have the potential to become dangerous – as in Syria, where the figures attesting to the suffering are overwhelming: of the 23 million Syrians who lived in their homeland before the outbreak of the war in 2011, 12 million are now dependent on humanitarian aid.

Moreover, 6 million are displaced within the country and 6 million have fled abroad. Of the 6 million who have fled, 5 million are in Turkey, Lebanon, Jordan and northern Iraq, where they need help. Altogether, 1.1 million Syrians live in EU member states, 800,000 of whom reside in Germany.

The EU and its member states have provided €20 billion in emergency humanitarian aid alone over the last nine years. The EU is by far the most important donor, and Brussels bore 80% of the costs in 2019. The health, social and economic situation of Syrians in the Middle East continues to deteriorate, and hunger and poverty are rampant.

To raise funds, the Syria Brussels IV Conference pledged €6,9 billion on 30 June, of which the EU, together with the member states, is contributing €5.7 billion. Donor generosity remains high – yet the amount is still more than €1 billion below last year's pledges. It is therefore expected that further funds will be needed over the coming months in view of increasing poverty, suffering and costs stemming from COVID-19. 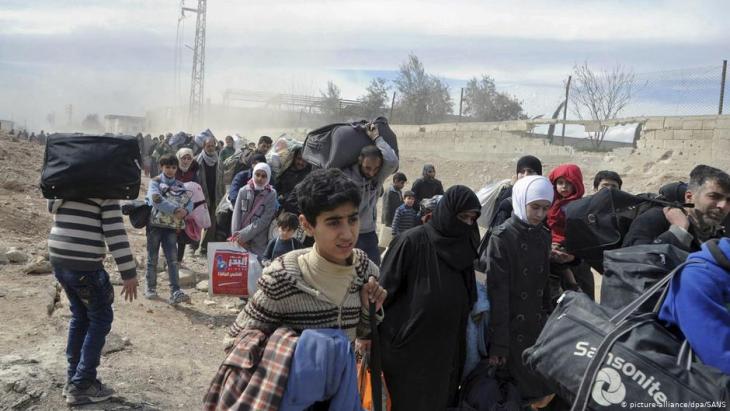 Overwhelming suffering: of the 23 million Syrians who lived in their homeland before the outbreak of the war in 2011, 12 million are now dependent on humanitarian aid. The EU and its member states have provided €20 billion in emergency humanitarian aid alone over the last nine years. Since the health, social and economic situation of Syrians in the Middle East continues to deteriorate, and hunger and poverty are rampant, the United Nations estimates that at least €10 billion will be needed in 2020/2021

You may also like: Syrian refugees in Lebanon – More scared of starving than of coronavirus

To add another frightening number: the World Bank estimates that rebuilding Syria will cost at least €400 billion. This is money that the main warring parties – the Assad regime, Islamist militias, Russia, Iran and Turkey – do not want to or cannot invest.

By way of comparison, Russia, through its annual financial contribution to the United Nations budget, bears only 0.3% of the cost of providing humanitarian aid to the Syrians. The Assad clan, which is responsible for 85% of the more than 400,000 Syrians killed, publicly disputes that millions of euros have been distributed among family members.

With so much cynicism, it seems sad that the EU High Representative for Foreign Affairs and European Commission Vice-President Josep Borrell felt compelled to say at the opening of the Syria Brussels 4 Conference that "Europe has not forgotten Syria and the Syrian people".

As the EU considers itself "an advocate for the Syrians", credibility is crucial. In mobilising financial and technical assistance to alleviate humanitarian needs, Brussels is delivering on its promise – as it is by promoting Syrian civil societies both at home and abroad.

War, conflict, displacement and expulsion have contributed to the fact that Syrians, who have grown up experiencing the Assad dictatorship and its secret police, have courageously founded hundreds of NGOs and alternative political movements (including a pleasingly large number of secular and pluralistic organisations in which many women are participating) both in the country and abroad. The EU is using many of these civil society organisations to channel aid to those in need on site.

In their 10-point catalogue of demands presented to the Brussels Ministerial Conference, the representatives of Syrian civil society asked, among other things, for more intensive interaction with European policy-makers, including future-proof planning of their technical and financial resources.

Philosopher Juergen Habermas was due to be awarded a major Arab prize in Abu Dhabi, but has turned it down following criticism. This decision torpedoes Arab efforts at a ... END_OF_DOCUMENT_TOKEN_TO_BE_REPLACED

Although a unity government was formed in Libya in March 2021, tensions and possible crises between the political actors are already emerging. What problems does the country face ... END_OF_DOCUMENT_TOKEN_TO_BE_REPLACED

Among Muslims, the image of women as "cossetted hijab-wearing princesses" is frequently invoked. But Muslim women have long wanted to be more. In her essay, Karoline Roscher- ... END_OF_DOCUMENT_TOKEN_TO_BE_REPLACED

Even in times of war and pandemic, refugees are still being deported to Afghanistan. Several deportation flights have taken place in recent weeks alone. Since those affected often ... END_OF_DOCUMENT_TOKEN_TO_BE_REPLACED

Surging coronavirus cases in many parts of the world have overshadowed the start of this year's Muslim holy month of Ramadan, with festivities once again curtailed by contagion ... END_OF_DOCUMENT_TOKEN_TO_BE_REPLACED

German Middle East analyst Guido Steinberg and television journalist Ulrich Tilgner have both published new books on the conflicts in the Middle East. Their analyses and their ... END_OF_DOCUMENT_TOKEN_TO_BE_REPLACED
Author:
Christian Hanelt
Date:
Mail:
Send via mail

END_OF_DOCUMENT_TOKEN_TO_BE_REPLACED
Social media
and networks
Subscribe to our
newsletter