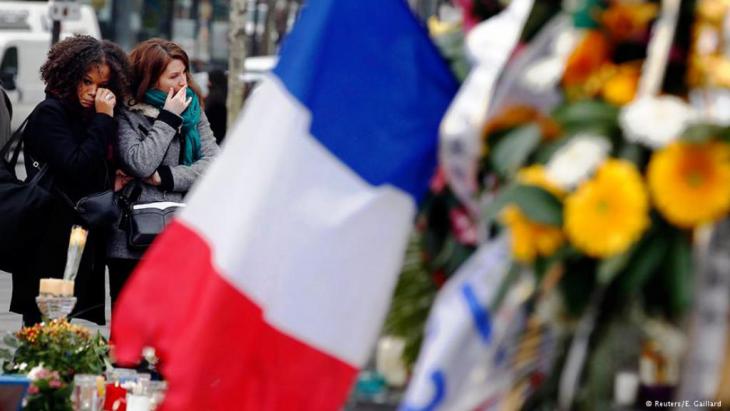 France following the attack on Nice

Terrorism is a threat to everyone in France. It′s not a case of ″us against them″: such attacks are also putting the future and safety of Muslims in Western societies in jeopardy. A commentary by Barbara Wesel

The attack in Nice comes right out of the "Islamic State" handbook: "become lone wolves and carry out attacks wherever you are." The terrorist organisation first issued this call two years ago, noting that its adherents could use trucks or other everyday objects as weapons.

The deadly efficiency of this method has now been seen in Nice where a truck was rented and then driven into a crowd of people. The mass killing that occurred in the Cote d'Azur city was hard to prevent. Nevertheless, French President Francois Hollande and his government are now under enormous pressure because security forces couldn't locate the perpetrator, not to mention the fact that they still haven't gained deeper insights into Islamist circles operating in the country.

Hollande has questions to answer

The attack in Nice is the third terrorist attack France has suffered within a year and a half. That number doesn't include the murder of individuals, including police officers. The French reaction to the terrorist threat has been composed and decisive. For this, they should be applauded. After the November 13 killings at the Bataclan and a series of Parisian restaurants, the spirit of resistance was strong.

"We won't allow our way of life to be destroyed," was the message heard across France last year. But how long can this brave composure hold up in the face of the latest bloodbath in Nice? The spirit of the republic, the loyalty to the state and solidarity in times of crisis common to the French people are all being put to the test. For Hollande, Thursday's attack marks the end of his presidency. Yes, he took tough action last winter by tightening laws and implementing a state of emergency in a bid to curb the threat of another attack. 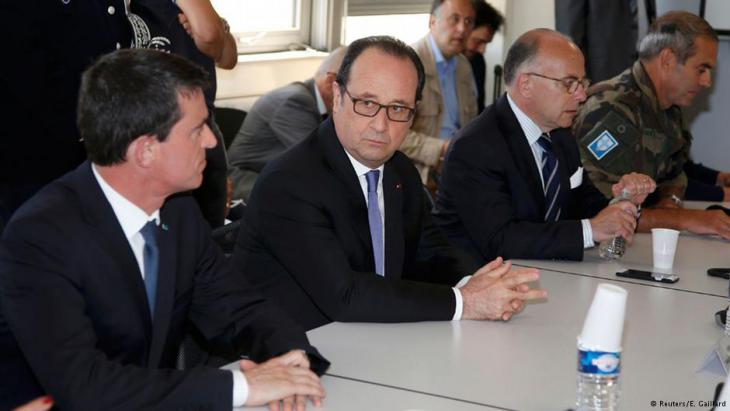 France heaved a sigh of relief when the Euro 2016 ended without any terrorist attacks. Now, the attack in Nice has cast doubt on security measures and left the government in crisis, writes Barbara Wesel

But at the same time, he also failed to reform the tangled mess that is the French security apparatus. He also failed to create a single, effective counterterrorism agency. The attacks in Paris showed that, despite all of the warnings, mistakes were made and suspects weren't arrested in time. Apparently, there is a gaping hole between the gendarmerie, the police, the Interior Ministry and the intelligence agencies. Hollande should have cut through the petty bureaucratic politics and made these forces subordinate to one central command.

The families of the Bataclan victims currently have a lawsuit against the French government for possible neglect. Perhaps Hollande can use the newest crisis for change. But he should relinquish the idea of running for president again. The political danger now comes from the right-wing Front National and the fear that the Nice attacks will drive more uncertain voters to that side is not unfounded.

Muslim co-operation is a must

Whatever steps the French government undertakes, it needs the help of the country's Muslim communities. It's not about pointing the finger and blaming those communities. But even the suspects behind the Nice attacks have family, friends and neighbors - and none of them noticed anything or had any suspicions?

A change in mentality is a top priority because this attacker, too, was from France. The threat isn't coming from the outside. It's coming from within.

It's high time that any false solidarity with the "brethren" be laid to rest. Terrorism is a threat to everyone in France. It′s not a case of ″us against them″: such attacks are also putting the future and safety of Muslims in Western societies in jeopardy.

The worst that could happen would be if the right-wing succeeded in fomenting anger among France's secular, Christian and Muslim citizens.

But the spokespeople and the imams of the Muslim communities must finally use any and every means to extinguish hate speech in their mosques and online. They are duty-bound to act just as much as the French state is.

Looking outwards with the knowledge from within: a conversation with the Iraqi writer Sinan Antoon on the future of his homeland. Interview by Lena Bopp END_OF_DOCUMENT_TOKEN_TO_BE_REPLACED

Political analyst Taqadum al-Khatib argues that Egypt can, in co-ordination with its European partners, develop a common vision to solve the complex conflict in Libya. For this to ... END_OF_DOCUMENT_TOKEN_TO_BE_REPLACED

At the suggestion of his Arab students, Israeli psychologist Ofer Grosbard created the project "Quranet", which uses texts from the Koran to solve educational problems in schools ... END_OF_DOCUMENT_TOKEN_TO_BE_REPLACED

Libyans have mixed feelings about the EU. On the one hand, they admire what Europeans have achieved, but on the other, they feel let down. Moutaz and Walid Ali report from Tripoli END_OF_DOCUMENT_TOKEN_TO_BE_REPLACED

Turkey's President Erdogan wants to create a second Bosphorus. The cost to the economy and environment would be enormous – and that's why Istanbul's mayor is attempting to stop ... END_OF_DOCUMENT_TOKEN_TO_BE_REPLACED

Libya is in turmoil and no political solution is in sight. The EU's inability to take concerted action in the country, meanwhile, is being exploited by third parties, such as ... END_OF_DOCUMENT_TOKEN_TO_BE_REPLACED
Author:
Barbara Wesel
Date:
Mail:
Send via mail