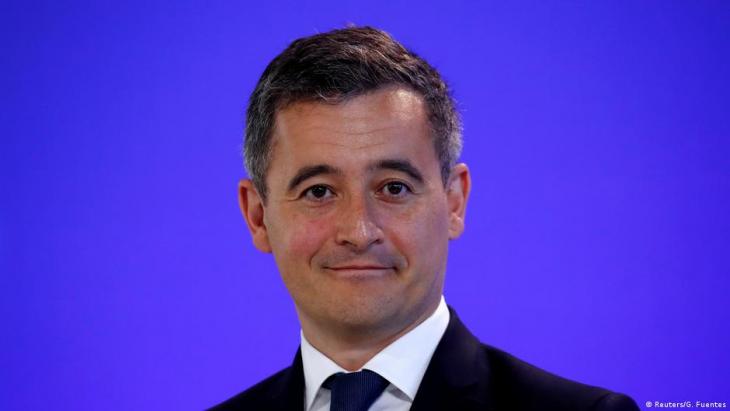 France's interior minister said on Tuesday he had launched a procedure to close a mosque for up to six months because of the radical nature of its imam's preaching.

Gerald Darmanin told the Cnews TV channel he had "triggered" the process of shutting the mosque in Beauvais, a town of 50,000 some 100 kilometres north of Paris, because of "unacceptable" preaching. He said the mosque's imam "is targeting Christians, homosexuals and Jews" in his sermons.

Authorities in the Oise region, where Beauvais is located, had already announced that they were considering closing down the mosque because of sermons they said incited hatred, violence and "defend jihad".

An official at the Oise prefecture told journalists that a letter had been sent last week announcing the plan, adding that a 10-day period of information-gathering was legally required before any action could be taken.

Local daily Courrier Picard reported that the mosque's imam was a recent convert to Islam.

The paper quoted a lawyer for the association managing the mosque as saying that his remarks had been "taken out of context", and said that the imam had been suspended from his duties following the prefecture's letter.

Darmanin announced earlier this year that France would step up checks against places of worship and associations suspected of spreading radical Islamic propaganda.

The crackdown came after the October 2020 murder of teacher Samuel Paty who was targeted following an online campaign against him for having shown controversial cartoons of the Prophet Mohammed published by the satirical magazine Charlie Hebdo during a civics class.

According to the interior ministry, 99 mosques and Muslim prayer halls out of France's total number of 2,623 have been investigated in recent months because they were suspected of spreading "separatist" ideology.

Of the total, 21 were currently shut for various reasons, and six were being probed with a view to closing them down on the basis of French laws against extremism and Islamist separatism.    (AFP)

More on this topic
France and terrorism: No time to healInterview with the sociologist Farhad Khosrokhavar: Radicalisation in the suburbsAfter the Paris attacks: The emotional helplessness of Muslims
Home
Print
Newsletter
MoreAll Topics

END_OF_DOCUMENT_TOKEN_TO_BE_REPLACED
Social media
and networks
Subscribe to our
newsletter