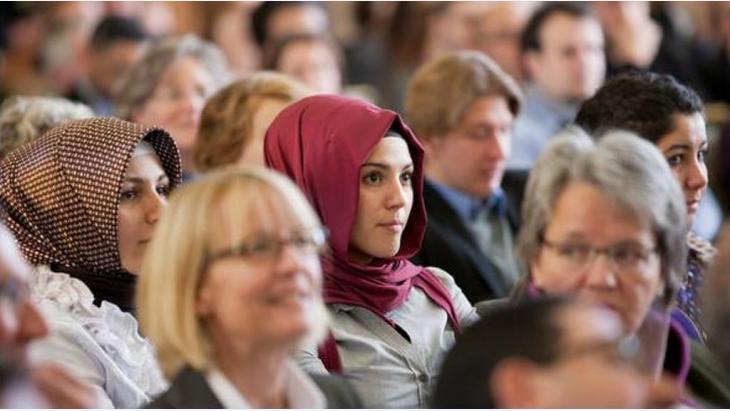 We shouldn't be arguing about burkas: we should be abolishing the headscarf bans. They ostracise women who could be building bridges, comments Ursula Rüssmann

Government intervention in religious freedom, allowed under secular French law, is unthinkable in Germany. Under our constitution, the relationship between the state and religious communities is one of cooperative distance. This is why we have, among other things, religious education in state schools, a church tax, and pastoral care in the military, universities and hospitals.

One doesn’t have to approve of all the details – in particular the fact that, in practice, the Christian churches benefit far more from numerous privileges than others do. Muslims are becoming increasingly vocal in their demand for equal treatment, and these demands are entirely justified. But in principle the German model has proved itself.

It creates a diverse coexistence; in other words, it manages to include differing worldviews. One example of this is religious education in state schools, which has finally been opened up to Muslims as well. Nobody can still seriously doubt that this – contrasted with the isolation of a mosque hidden away in a courtyard – is linked to a quantum leap in integration policy, the blessings of which will be become ever clearer over the next few years. Another example is the building of mosques, which increasingly occurs without occasioning any great animosity.

Anyone who understands this knows that the kind of far-reaching burka ban that has been in place in France since 2010 will not be introduced in Germany. And this is a good thing – not least in view of our Nazi history, which forbids our government from stigmatising individual religious groups in this way.

Tellingly, no democratic group in Germany is seriously calling for a complete burka ban: the only people doing that here are populists and extremists on the far-right margins. And even if it were to happen, it probably would not stand up in the Federal Constitutional Court. In that respect, the decision of the European Court for Human Rights changes nothing. It didn’t issue a general ban on the wearing of the burka: it simply gave the French government the right to do this, in accordance with its secular, republican principles. 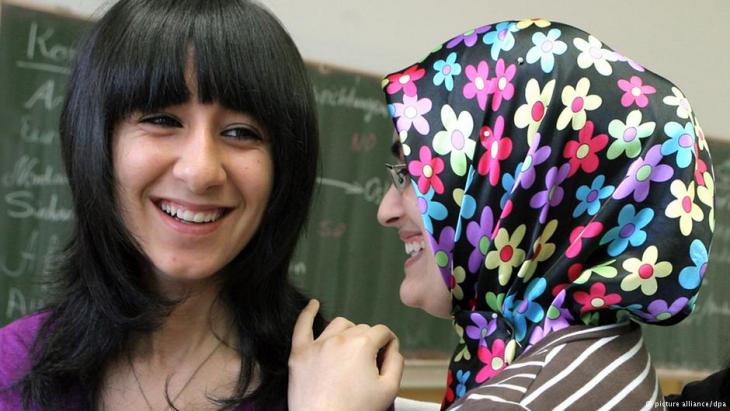 Excluding the wrong people: Several German states have banned women from wearing headscarves in official positions, effectively denying them access to the teaching profession and other public sector jobs. Muslim women who wear headscarves are also more likely to be turned down for jobs with private companies

However, the ruling from Strasbourg will not leave us untouched. It will have repercussions, in particular given that, indirectly, the court has passed a thoroughly negative value judgement on burkas. The argument is that veiling one’s face creates a barrier that undermines the goal of living together in society. It has certainly provided interested right-leaning circles here in Germany with a welcome opportunity to stoke resentment against Muslims in general.

It is clear that nobody apart from the right-wing groups wants this. But if all we do now is pillory the judges for violating the religious freedom of burka-wearing women and giving ideas to populist right-wing campaigns, we are letting ourselves off too easily. We are concealing the unsettling questions that the sight of a fully-veiled woman can sometimes provoke: Is she happy wearing it? Will her daughters have to wear it too? We are also ignoring the tension-laden heterogeneity of many Muslim communities.

The majority of Muslims here in Germany (the devout included) don't just find full-body veils unfamiliar: they actively reject them. This also has to do with the fact that, within the different Islamic groups, bitter controversies are raging over which is the right religious path. Both liberal Muslims and moderate conservatives are sometimes subjected to fierce attacks and attempted intimidation from fundamentalist and Salafist circles – and these are frequently also the people who favour orthodox clothing. Struggles for power and interpretational sovereignty take place within Islam, unseen by the majority of society. Moderate conservative Muslim forces are urgently in need of support here. Unfortunately, however, the opposite is what happens.

Among the women who would never put on a niqab or a burka are a huge number of women who wear the headscarf. They don’t want their faith to isolate them. However, due to the existing headscarf bans in many federal states, these very people are being officially excluded. 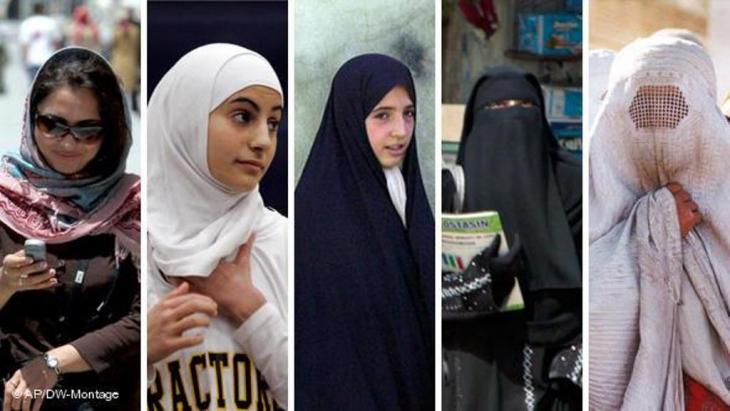 Different choices: The majority of Muslims here in Germany, including the devout, actively reject the full-body veils (niqab or burka), says Ursula Rüssmann. She argues that moderate Muslim women who choose to wear the headscarf are being excluded from acting as mediators

They are denied entry to the teaching profession and to other public sector jobs; and the headscarf has long been a stigma in private companies, too. Muslim women who wear headscarves are much more likely than other people to be turned down when applying for jobs. Impartial sources such as the Federal Anti-Discrimination Authority are making increasingly frequent complaints about this.

These women who are being marginalised are the very people who could be building bridges between secular society and devout Muslims, who are sometimes very preoccupied with their own concerns. What a fatal error – what a wasted opportunity! A swimming teacher in a burkini, for example,  would surely have more success in convincing Muslim parents that swimming would be good for their daughters than others have had thus far.

A constitutional attitude for everyone must be the goal; but people cannot be forced into this by clothing regulations. It is the task of society to win people over to our values. What is needed for this is the opportunity for education, enlightenment, and youth and family work. What we don't need is a burka ban – and it is high time the headscarf bans were dropped as well.

Home
Print
Newsletter
More on this topic
Human rights court upholds burka ban in France: An unfortunate rulingMuslim women and integration: Oppressed in the name of Islam?Essay by Sara Silvestri: Britain does not need a French-style burka banDossier: The Headscarf Controversy
Related Topics
Burka, Freedom of religion, Human rights, Muslim women, Muslims in the West, The Headscarf Controversy
All Topics

Despite what heads of state may claim, the Russian attack on Ukraine is not a wake-up call for a self-confident Europe that defends its values. The war is accelerating the decline ... END_OF_DOCUMENT_TOKEN_TO_BE_REPLACED

At the EU's outer borders, the right of migrants to a fair asylum procedure continues to be systematically disregarded. Take Greece, for example: in the worst case scenario, those ... END_OF_DOCUMENT_TOKEN_TO_BE_REPLACED

Madrid's about-face on the Western Sahara conflict has enraged Algeria. Trade relations have been frozen unilaterally and a cut in gas supplies to Europe could be in the pipeline ... END_OF_DOCUMENT_TOKEN_TO_BE_REPLACED

Mourad al-Marouai was just nine when a landmine killed him on a beach in war-torn Yemen, a tragedy that will haunt his family forever. After a swim, the little boy "suddenly ... END_OF_DOCUMENT_TOKEN_TO_BE_REPLACED

A ceasefire has been in effect in Libya for the past year and a half. Yet after Russia's attack on Ukraine, another proxy war looms in Africa's most oil-rich country. Mirco ... END_OF_DOCUMENT_TOKEN_TO_BE_REPLACED

The Ukraine war has seen energy prices spike with oil producers in the Middle East making more money than ever. But will it put the brakes on long-planned reforms to diversify oil ... END_OF_DOCUMENT_TOKEN_TO_BE_REPLACED

Comments for this article: Excluding the wrong people

I don't understand why the article is illustrated by common veils while it deals with burqas. It's misleading.

Really? And what do BURKAS ban, dear heart?

END_OF_DOCUMENT_TOKEN_TO_BE_REPLACED
Social media
and networks
Subscribe to our
newsletter