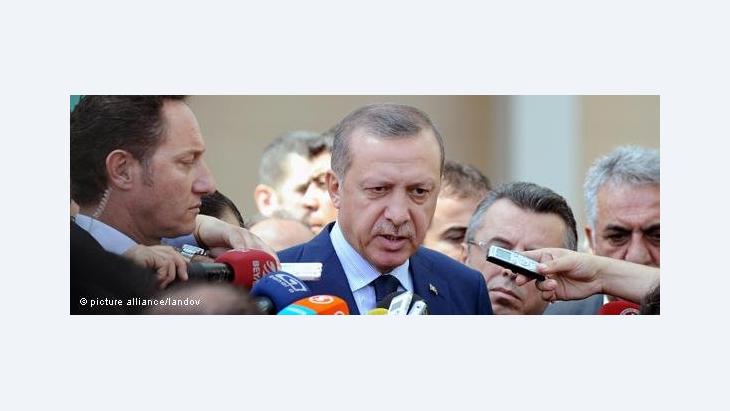 ﻿Trouble is brewing between Paris and Ankara: After the lower house of the French parliament recently passed a bill making denial of the Armenian genocide that took place during the First World War a criminal offence, Turkey's Prime Minister Erdogan is accusing the French government of racism, discrimination and anti-Muslim sentiment. Bernard Schmid reports

"Turkey is a country that threatens everyone!" blustered the conservative French politician and former minister Patrick Devedjian in an interview shortly before Christmas for the radio station France Inter. He raged openly against the Erdogan government in Ankara, continuing angrily: "I've counted – Turkey has threatened more than seven countries in less than a year. Do you think that's a good way of conducting international relations?"

The conflict between Turkey and Paris over the Armenian question has been making serious waves in recent days and weeks. The Turkish government announced that it was suspending political, economic and military contacts with France. State visits on both sides were cancelled, and a Franco-Turkish business forum scheduled for January 2012 was called off. French military aircraft also were refused permission to fly over Turkish territory, and France's navy is no longer allowed to enter any Turkish port.

Icy relations between Paris and Ankara

So what happened? On December 22nd 2011 the French National Assembly passed a bill which, even in advance of its hearing, was already the subject of major controversy between Paris and Ankara. It seeks to make the denial or public questioning of a "genocide recognized by law" a criminal offence, to be punished by imprisonment or with a fine. 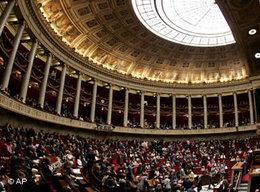 Trouble is brewing between Paris and Ankara: If the 'Armenian genocide' bill is now passed in the upper house, offenders could face a one year jail term and a 45,000 euro fine

​​Around 3,000 people, mostly Turkish or of Turkish origin, demonstrated against the draft law outside the gates of the parliament. Turkey responded by recalling its ambassador from Paris, and he left France "for an indefinite period" the next day.

In its original version, the bill made explicit reference to denial of the 1915–1916 Armenian genocide in what was then the Ottoman Empire. However, it was not possible to word it in this way for legal reasons: in every constitutional state, "individual case laws" referring to a single issue are inadmissible. The content of a law must be worded in a general, abstract and impersonal way. Accordingly, the formulation was broadened out, but the end result is precisely the same.

French law recognizes as "genocide" the Holocaust – denial of which, or the so-called "Auschwitz lie", is already covered by the penal law against racism and anti-Semitism – and, since 2001, the Armenian genocide.

Other genocidal acts, such as those against the Herero in former German South-West Africa (1904–1908), or in Rwanda (1994) – where France, with its links to the Rwandan government, was not a neutral party – are not mentioned in any French legislative texts.

The motivation for drafting the law

The move to adopt the bill did not come from the executive. Nonetheless, it is not disputed that President Nicolas Sarkozy did play a part in getting this initiative under way. In early October he was in Yerevan, the capital of Armenia, where he made a public promise to this effect.

The draft bill was put forward by Valérie Boyer, a delegate of the ruling UMP party from the Marseilles region. Some 60 delegates participated in the vote, so only just over a tenth of the 577 members of the National Assembly. 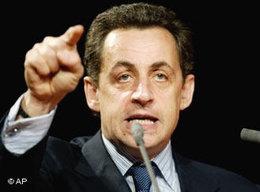 "Strong-arm tactics": The Turkish press has accused Nicolas Sarkozy of trying to win the votes of France's half a million ethnic Armenians in next year's presidential poll

​​Observers noted that an unusually high number of representatives from southeastern France were present for the vote. Clearly there are political reasons for this: this region, particularly around Marseilles, has the largest population of French citizens of Armenian origin. After the First World War, Marseilles was the destination for ships carrying Armenians who had survived or fled the massacres.

In addition, a presidential election is scheduled to take place in France in four months' time, followed by parliamentary elections. Sarkozy – who is running for a second term – is presumably therefore not averse to making political capital out of a non-domestic conflict and mobilizing a section of the electorate for himself and for his conservative ruling party. An earlier, unsuccessful, attempt was made to pass a bill proposing the criminalization of denial of the Armenian genocide in 2006; at that time it was linked to efforts by French conservatives to prevent Turkey from joining the EU.

There is a danger that the current conflict will continue to escalate. Over the Christmas period Valérie Boyer, received numerous death threats. She has since filed charges against person or persons unknown. Her website was also blocked by skilful hackers, believed to belong to the same group that crashed the website of the French weekly newspaper Charlie Hebdo in early November 2011 following the publication of a Mohammed cartoon.

Actions like this will certainly make as little contribution to a sensible and productive political debate as will Nicolas Sarkozy's strong-arm tactics on issues of foreign policy. In any case, a serious discussion of this complex issue will only be possible when the uproar has died down, and the fragile bilateral relationship between France and Turkey can be repaired.

Home
Print
Newsletter
More on this topic
Turkish-Armenian Relations: Roadmap to Peace?Turkish Reactions to the French Bill on the Armenians: Attempts to Limit the Damage
Related Topics
All Topics
Date:
Mail:
Send via mail

END_OF_DOCUMENT_TOKEN_TO_BE_REPLACED
Social media
and networks
Subscribe to our
newsletter