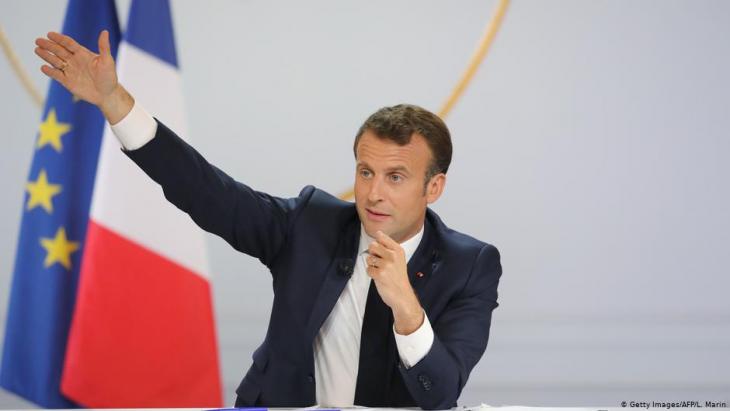 With the "Sommet des deux Rives de la Mediterranee" ("Summit of the Two Shores of the Mediterranean"), French President Emmanuel Macron wants to breathe new life into multilateral co-operation in the Mediterranean region, which has made little progress since 2008. Isabel Schafer has the details

On 23 and 24 June 2019 the heads of state or government of the southern European countries of France, Italy, Spain, Malta and Portugal, as well as the North African countries of Tunisia, Morocco, Algeria, Libya and Mauritania, will convene in Marseille for a summit in the so-called 5+5 format.

The last major French Mediterranean initiative gave rise in 2007/2008 to the "Union for the Mediterranean" (UfM), which has not generated any notable results, apart from a few ministerial meetings and forums for dialogue. Macron would like to change that now. The goal of his initiative is to use the 5+5 format that has existed since 1990 for more in-depth, practice- and project-oriented co-operation in five areas, launching a sort of "Mediterranean G10" in the Mediterranean inner circle.

Presenting the Mediterranean as a region of intercultural exchange

So far, the 5+5 talks have revolved mainly around security and migration issues. In future, co-operation is to focus on energy policy, the economy and competitiveness, on youth and education, on the environment and sustainable development, and on culture, tourism and the media.

To prepare for the summit, Algeria, Morocco, Malta, Italy and France each organised a themed forum to address the aforementioned areas and draft initial concrete project proposals. These were presented in Tunis on 11 and 12 June 2019 with a "100 Appeal" by 100 civil society organisations and will be brought forward again at the Marseille summit.

A positive aspect of the new Mediterranean initiative is – at least at first glance – its multilateral and inclusive approach: in these times of populist-nationalist influence, when the Mediterranean Sea is primarily perceived as a border and moat of the fortress of Europe, not to mention a graveyard where tens of thousands of refugees have lost their lives, it is good to see that the idea of the Mediterranean as a region of intercultural exchange, with a shared history and future and common challenges to be faced, is still alive. 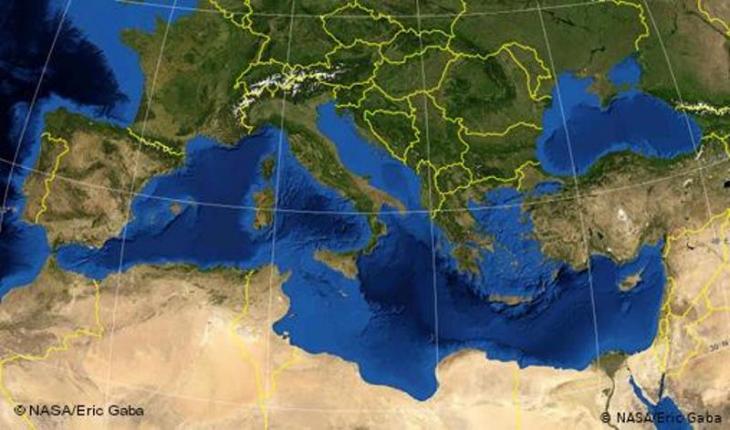 Learning from past mistakes: "Macron’s initiative is at least attempting to learn some lessons from the unsuccessful previous initiatives: the multilateral framework is to be reduced from the inefficient, unwieldy 43 states (EU28+15) to the G10, which can hopefully make decisions and take action more effectively," writes Schafer. "By focussing on the western Mediterranean, the Israel-Palestine conflict and the Syrian conflict – which have delayed or prevented many decisions in the past – are left out"

The initiative must also be understood against the backdrop of the internal political situation in France. In the European elections, the extreme-right "Rassemblement National" won 23.3 percent of the vote. The initiative seeks to counter their right-wing isolationist rhetoric with a reconciliation-friendly alternative concept that does not cast the Maghreb as a danger and a threat for Europe, but as a future equal partner and bridge to the African continent. A further positive aspect is the attempt to bring new dynamism to the stagnant Mediterranean co-operation via the UfM, which has little to show for itself in terms of concrete results.

Regardless of this, the EU stoically pursues its policy of bilateral free trade agreements in the southern and eastern Mediterranean, while the individual EU member states are occupied with bilateral repatriation agreements.

Home
Print
Newsletter
More on this topic
France's call for the establishment of a Mediterranean Union: A re-hash of an old pledge?Future of the Mediterranean Union: Growing challenges, lack of political willEuro-Mediterranean partnership: No free trade in sight
Related Topics
Democracy and civil society, Economy, Emmanuel Macron, European Union (EU), Islam and the West
All Topics

Her grandparents are Jews – born in Tunisia and Algeria. Director Cleo Cohen has now broken the silence about this with a very personal debut. By Nadine Wojcik END_OF_DOCUMENT_TOKEN_TO_BE_REPLACED

Moncef Marzouki was Tunisia's first democratically elected president after the fall of dictator Ben Ali. Today he is the most prominent critic of increasingly counter- ... END_OF_DOCUMENT_TOKEN_TO_BE_REPLACED

Moroccan sociologist Fatima Sadiqi believes that women's movements in North Africa have changed over the past ten years. Today, women from all social classes are fighting together ... END_OF_DOCUMENT_TOKEN_TO_BE_REPLACED

Shot, beaten to death or drowned: a demonstration by tens of thousands of Algerians ended in the "Paris Massacre" on 17 October 1961. Sixty years on, historians and victims' ... END_OF_DOCUMENT_TOKEN_TO_BE_REPLACED

The memory of experienced injustice plays a central role in the transformation of societies towards democracy. In the Arab world, the critical study of memory is only just ... END_OF_DOCUMENT_TOKEN_TO_BE_REPLACED

"The people aren’t ready for democracy" has been the constitutional basis for Arab tyranny, its favourite slogan and its sacred narrative for more than a century. Yet, asks Khaled ... END_OF_DOCUMENT_TOKEN_TO_BE_REPLACED
Author:
Isabel Schäfer
Date:
Mail:
Send via mail

END_OF_DOCUMENT_TOKEN_TO_BE_REPLACED
Social media
and networks
Subscribe to our
newsletter