The initiative must also be understood against the backdrop of the internal political situation in France. In the European elections, the extreme-right "Rassemblement National" won 23.3 percent of the vote. The initiative seeks to counter their right-wing isolationist rhetoric with a reconciliation-friendly alternative concept that does not cast the Maghreb as a danger and a threat for Europe, but as a future equal partner and bridge to the African continent. A further positive aspect is the attempt to bring new dynamism to the stagnant Mediterranean co-operation via the UfM, which has little to show for itself in terms of concrete results.

Regardless of this, the EU stoically pursues its policy of bilateral free trade agreements in the southern and eastern Mediterranean, while the individual EU member states are occupied with bilateral repatriation agreements. 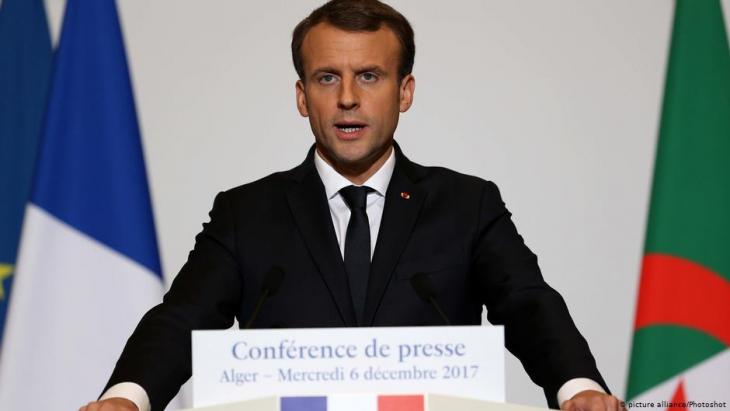 Go ahead for new Mediterranean initiative: Macron sees himself as a reformer in Europe and yet he is attempting to re-assert France's leadership role in the Mediterranean. If he fails to include the others, i.e., the critical Euro-Mediterranean civil societies, the EU Commission, like-minded EU member states and the Arab governments, he is hardly likely to succeed in sustainably implementing his plans

To what extent these 100 representatives can address the concerns, problems and hopes of North Africa's civil societies is an open question. The focus on the western Mediterranean countries does make a "Mediterranean G10" more capable of action, but ignores the fact that central challenges in the region – such as pollution, migration and terrorism – must be addressed by all the Mediterranean countries together.

The problem is that this French push overrides existing formats for European policy in the Mediterranean – the Union for the Mediterranean (UfM), European Neighbourhood Policy (ENP), Common Foreign and Security Policy (CFSP) – even going so far as to overturn them.

This will not succeed, however, since resistance is already building in Brussels. Similar problems arose back in 2007, when Nicolas Sarkozy wanted to start a "Mediterranean Union" without a majority of the EU member states. After the dispute between Merkel and Sarkozy, a compromise was made at the time with the "Barcelona Process: Union for the Mediterranean", whereupon the decision-making power and financial authority over Mediterranean policy remained in Brussels and the role of the UfM Secretariat in Barcelona was reduced to that of a penniless token label.

This solution is still met with bitterness and a lack of understanding on the part of many French observers and parliamentarians today. The fact that the UfM is left to struggle with a lack of common goals and with disinterest and disagreement among the (partly autocratically ruled) 43 members, as well as the transformed political context, is ignored.

Although the UfM and the EU have been invited to the summit in Marseille, it remains unclear how a "Mediterranean G10" can be situated within the context of the UfM and ENP. Not only the EU Commission is critical of Macron’s initiative; Berlin has yet to signal that it will create any new institutions or structures to support it. Chancellor Merkel is nonetheless expected to participate in Marseille. It remains to be seen how other, non-invited, states in the MENA region or bordering EU member states (e.g., Sweden, Finland, Greece) will respond to the initiative.

The political context for France's new Mediterranean initiative is also rather fraught in view of current developments in Libya and Algeria. The initiative might be supported as a step toward a "variable geometry" or "reinforced co-operation" in European foreign policy , but then all EU member states would have to be free to decide whether they want to join a Mediterranean group of like-minded nations or not.

In its current form, the ostensibly inclusive approach has in fact displayed a highly exclusive character vis-a-vis the other EU member states and the rest of the UfM members. Macron is seen as a reformer in Europe and yet he is attempting to re-assert France's leadership role in the Mediterranean.

If he fails to include the others, i.e., the critical Euro-Mediterranean civil societies, the EU Commission, like-minded EU member states and the Arab governments, he is hardly likely to succeed in sustainably implementing his plans. So far, the concept has consisted primarily of coming up with even more new interesting projects to be financed by international donors, the EU and Germany.

The already existing abundance of short-term projects and programmes and their tendency to compete or overlap with each other limits their effectiveness and visibility. Grouping, prioritising and creating a transparent selection of these would make sense. In principle, the initiative is certainly welcome, but so far it is nothing more than a new impulse.

Home
Print
Newsletter
More on this topic
France's call for the establishment of a Mediterranean Union: A re-hash of an old pledge?Future of the Mediterranean Union: Growing challenges, lack of political willEuro-Mediterranean partnership: No free trade in sight
Related Topics
Democracy and civil society, Economy, European Union (EU), Islam and the West
All Topics

Political analyst Taqadum al-Khatib argues that Egypt can, in co-ordination with its European partners, develop a common vision to solve the complex conflict in Libya. For this to ... END_OF_DOCUMENT_TOKEN_TO_BE_REPLACED

The upheavals of the past year in the MENA region are arguably as momentous as those of the Arab Spring in 2011. Yet perhaps the biggest difference is that our interest seems to ... END_OF_DOCUMENT_TOKEN_TO_BE_REPLACED

Algeria's political impasse has been going on for weeks. Attempts to calm the public mood by sacrificing some of the Bouteflika faithful has only served to fuel demonstrators' ... END_OF_DOCUMENT_TOKEN_TO_BE_REPLACED

Nearly a decade after the Arab Spring fizzled out, a new wave of protests has swept across the Middle East and North Africa. What is different this time – and will the protesters ... END_OF_DOCUMENT_TOKEN_TO_BE_REPLACED

Hassan Aourid is one of the most important political and intellectual figures in Morocco. In interview with Ismail Azzam for Qantara, Aourid outlines his vision of the decline of ... END_OF_DOCUMENT_TOKEN_TO_BE_REPLACED

The Arab world is one gigantic pressure cooker. For the most part the lid of repression is on, but it is boiling over with increasing frequency. Whether in Lebanon, Iraq or in ... END_OF_DOCUMENT_TOKEN_TO_BE_REPLACED
Author:
Isabel Schäfer
Date:
Mail:
Send via mail