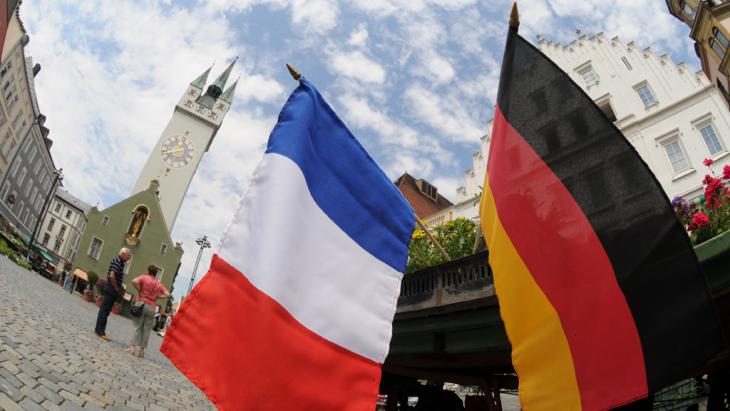 There was a time, immediately after German reunification in 1990, when many French feared Germany. Today, the roles are reversed. But Germans are not afraid so much of France as for it. By Dominique Moisi

In the wake of June′s Brexit referendum in the United Kingdom and Donald Trump′s triumph earlier this month in the United States′ presidential election, France, too, could fall victim to destructive populist forces, if voters choose the far-right National Front′s Marine Le Pen as their next president.

Germans may be pleased to see Chancellor Angela Merkel referred to by American media as ″the liberal West′s last defender″ – an island of stability in an ocean of chaos. But it is one thing to be described as the best pupil in class – Germany is used to that; it is quite another to feel like the only pupil showing up at all.

With the US out, there are indeed few decent pupils left. Though Trump has backed away from some of his more radical campaign promises, he is unlikely to drop his ″America first″ approach; as a result, the US may be about to break decisively with the universalism and global engagement that has characterised the last 70 years.

The situation is no better in Europe. Poland is following in Hungary′s illiberal and Islamophobic footsteps and the British are on their way out of the European Union altogether.

Yet none of this will be as destabilising for Germany as a Le Pen presidency in France. A Le Pen victory would amount to abandonment not just of Germany, but also of the values, principles and norms that have enabled Germany to reconcile with itself and its neighbours, beginning with France. It would sever the Franco-German axis around which the EU rotates.

A reset of Franco-German relations

What is needed now is precisely the opposite: a reset of Franco-German relations. The reality is that Germany and France have not played in the same league for a while. It is not that Germany has become too strong, as it may have seemed in the post-reunification period, but rather that France has become too weak, leaving Germany to lead the way in addressing Europe′s myriad crises in recent years. 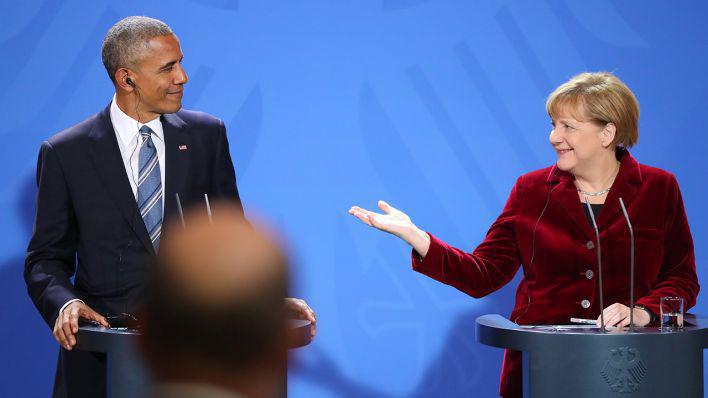 Bowing out of global politics: ″it was in Merkel′s hands that US President Barack Obama placed the torch of democracy following Trump′s victory, during his final official tour of Europe. But Merkel cannot carry that torch alone. France must stand with Germany, shoulder to shoulder, as it once did," writes Moisi

Now, Germany is widely viewed as Europe′s hegemon. It was in Merkel′s hands that US President Barack Obama placed the torch of democracy following Trump′s victory, during his final official tour of Europe.

But Merkel cannot carry that torch alone. France must stand with Germany, shoulder to shoulder, as it once did. For that to happen, France must be as tall, strong, confident and present as Germany. It must renew itself, guided by its own long-held values – values that Le Pen and her National Front do not share.

France does not need to match Germany′s economic might. What it can offer nowadays is at least as important. With Europe facing a combination of external threats, such as turmoil in the Middle East and Russian adventurismand internal challenges, such as home-grown terrorism, security and defence cannot take a backseat to economic policy. And, in these areas, France has real comparative advantages.

Given the risks confronting Europe, not to mention Trump′s isolationist tendencies, the Franco-German relationship will assume greater regional and global importance. With Le Pen in charge, that relationship will almost certainly suffer, driving events in a dangerous direction.

To be sure, France′s two-round voting system, which ensures that the president obtains the support of a majority of voters, makes it extremely unlikely that a radical candidate like Le Pen can take power. (By contrast, in the US, Trump received more than two million fewer votes than his opponent and George W. Bush lost the popular vote to Al Gore in 2000 by more than a half-million.) 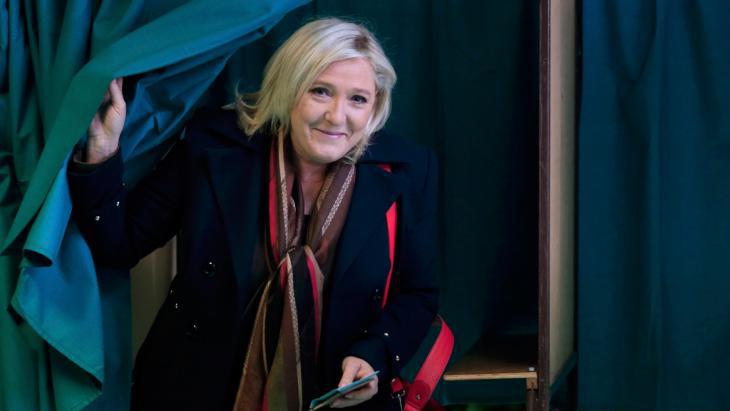 Look to the right: for decades the Front National (FN) has been a force to be reckoned with in France. Although the party, led by Marine Le Pen, strives to cultivate middle-of-the-road appeal, it pays more than lip service to the neo-fascist and Islamophobic positions peddled by its founder Jean-Marie Le Pen. During the 2014 European parliamentarty elections, the Front National won a majority of the French vote

But, given the electoral upsets that have taken place lately, Germans will probably not be reassured until after the votes are counted. After all, if Le Pen does manage to succeed in France′s run-off system, she will gain a strong and genuine mandate to implement policies that controvert everything post-war Germany – and, indeed, the EU – is supposed to stand for.

Of course, Germany has its own political challenges to overcome, with federal elections set for next October. Recent state elections indicated a popular mood that is suspicious of openness, particularly to refugees, with the National Front′s German counterpart, the Alternative for Germany, making large strides in some regions.

Germany – a pillar of stability?

If Germany is to remain the pillar of stability that it has been in recent years, it must avoid going any farther down that path and instead deliver a fourth premiership to Merkel. Fortunately, that scenario remains likely, though far from guaranteed.

In any case, France′s political trajectory will be decided well before Germany′s. To ensure a safe and prosperous future, French voters must support a person of authority, wisdom and experience, who is willing and able to undertake urgently needed reforms without exacerbating social divisions – someone wholly unlike Marine Le Pen. In doing so, they would prove that the current wave of right-wing populism can be resisted. And they would give the European project a real shot at continued success.

Home
Print
Newsletter
More on this topic
Take the AfD seriously – or you'll end up like us Right-wing populism in the USA: Trump′s deplorablesNine Muslims on right-wing populism: Should I stay or should I go?
Related Topics
AfD | Alternative for Germany, Democracy and civil society, Front National, Islamophobia, Right-wing populism
All Topics

Since returning to power in Afghanistan, the Taliban have steadily eroded the rights and opportunities of women and girls, particularly their access to education. But Afghans are ... END_OF_DOCUMENT_TOKEN_TO_BE_REPLACED

The book "The Invention of the Maghreb: between Africa and the Middle East" prompts us to review basic terminology. This includes terms that we use almost every day as if they are ... END_OF_DOCUMENT_TOKEN_TO_BE_REPLACED

Tunisia has been going through a severe economic and political crisis in recent years. More than one in three young people there are unemployed. For many skilled, qualified and ... END_OF_DOCUMENT_TOKEN_TO_BE_REPLACED

At the end of every year, the team at Qantara.de gives you a run-down of the ten most-read articles on the site over the past 12 months. Here is a quick overview of the stories ... END_OF_DOCUMENT_TOKEN_TO_BE_REPLACED

The government in the Netherlands, one of the last European nations to abolish slavery, has made an historic apology. But some feel that there is still a long way to go. By Ella ... END_OF_DOCUMENT_TOKEN_TO_BE_REPLACED

To celebrate the bicentenary of the deciphering of the Rosetta Stone, the British Museum is running an exhibition entitled "Hieroglyphs: unlocking ancient Egypt" until February ... END_OF_DOCUMENT_TOKEN_TO_BE_REPLACED
Author:
Dominique Moisi
Date:
Mail:
Send via mail

END_OF_DOCUMENT_TOKEN_TO_BE_REPLACED
Social media
and networks
Subscribe to our
newsletter