Poetry books as bestsellers, authors as self-promoters – the literary scene in Indonesia works differently. Nevertheless, many a book has secured itself a small place on the world literary map. By Martin Maria Schwarz

Hundreds of people listen enthralled to a poetry reading and are well entertained. While such scenes may be rare in Germany, in Indonesia poetry, presented as a performance and recited dramatically, is very popular. Literary life in Indonesia is different to that in Europe. And this is not because of a low literacy quota; the quota is in fact high, at 93 percent.

It also has nothing to do with the number of publishing houses, which is estimated at more than 1,400. Instead, the reason is that books and reading are less well rooted in everyday life in Indonesia than in Germany. Visitors to the 2015 Book Fair in Frankfurt can gain an impression of the literary scene in Indonesia for themselves, thanks to the country's special status as this year's guest of honour.

Poetry or short stories generally have an easier time with Indonesian clients than novels,″ says to Holger Warnk, librarian in the South East Asian Studies section of the Goethe University in Frankfurt am Main and a connoisseur of Indonesia. Warnk makes a distinction, however, between popular novels and works with a more literary aspiration, with the latter usually having a print-run of only 2,000 copies. 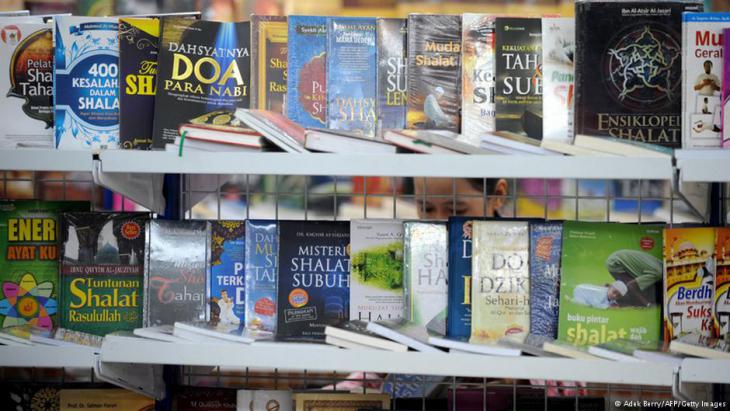 In Indonesia literacy is high at 93 percent; the country boasts more than 1,400 publishing houses

Of scarcely any social relevance

However, Indonesia will also be making its appearance in Frankfurt with a different kind of book, penned by writers who engage with their country, its more recent history and the current social situation – publications with none too high sales figures. As for distribution, more ambitious books also have a hard time: the country’s largest publishing house, the Gramedia chain, may sometimes secure the rights on books by smaller publishers for their programme, ″but once an edition is out of stock, often no new orders are made,″ says Warnk. If the contracts for publications then run out, then small publishers again have a chance. This may well be one of the reasons why Indonesia has a lot of small-scale publishing houses.

Many Indonesian authors are extremely well versed in self-promotion. Dewi ″Dee″ Lestari, who hails from Bandung, for example, and is known above all as a musician, published her debut novel herself, selling it in a shopping mall in Jakarta. That was in 2001. And Ayu Utami, currently the most well-known literary figure in Indonesia, achieved success without the backing of a major publisher. Her novel ″Saman″ was translated into German in 1998.

A new generation of female writers

Dewi Lestari and Ayu Utami stand for another peculiarity of the contemporary Indonesian literary business: it is mainly women who have infused new life into the literary scene since the fall of the dictator Suharto in 1998. Among them are Oka Rusmini and Djenar Maesa Ayu. Their books deal with the role of women in Indonesia and also address difficult topics such as forced marriages for women in Bali. 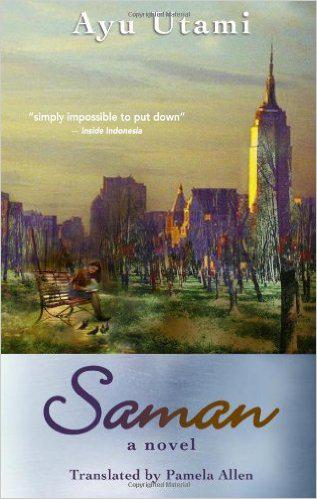 "Saman": Ayu Utami, currently the most well-known literary figure in Indonesia, achieved success without the backing of a major publisher

Prior to those writers, others like Putu Oka Sukanta, Yusuf B. Mangunwijaya and above all Pramoedya Ananta Toer were successful in Germany – because of their criticism of the regime. Pramoedya Ananta Toer attracted particular attention in Germany as early as the 1970s. His experiences while confined to prison on the island of Buru formed the basis for his main work, the ″Buru Quartet″, four novels in which he engaged with the Dutch-Indian colonial era and the early Indonesian liberation movements.

Günter Grass also discovered this great figure of Indonesian literature in the 1970s and promoted him. Grass was once quoted as saying that the books by Pramoedya Ananta Toer ″open up the closed island realm of Indonesia and its turbulent history″.

Interest in Germany has increased considerably since 1998 with the new generation of female writers. The Horlemann publishing house is the strongest advocate of novels from Indonesia. At the 2015 Frankfurt Book Fair, the publishers Weidle and J. Frank will have new or newly translated Indonesian literature on their lists. This also confirms that it is the small publishing houses that are making the effort.

However, Andrea Hirata managed to convince one of the heavyweights on the German publishing scene: Carl Hanser Verlag became interested in his ″The Rainbow Troops″ and will now also publish his recently translated serial novel ″The Dreamer″.

Perhaps other Indonesian authors will be able to attract more attention in Germany soon – the Frankfurt Book Fair is definitely an important platform in this respect.

Germany’s electorate includes some 7.4 million citizens with international roots, while many more millions of residents from abroad aren’t allowed to vote. Both groups are often ... END_OF_DOCUMENT_TOKEN_TO_BE_REPLACED

No other Western poet was arguably so well-versed in the Koran or so fascinated by Islam as Germany's national hero, Goethe. In a new publication that examines all Goethe's ... END_OF_DOCUMENT_TOKEN_TO_BE_REPLACED

Migrants are often maligned as being responsible for Europe's problems. Yet their integration is in Europe's interest. Michael Thaidigsmann believes that a long-term vision is ... END_OF_DOCUMENT_TOKEN_TO_BE_REPLACED

How could the Afghan government and its institutions collapse so quickly? That things were going wrong in Afghanistan had been obvious for a long time, yet the West preferred to ... END_OF_DOCUMENT_TOKEN_TO_BE_REPLACED

Shida Bazyar's new novel is the literary surprise of the year. It tackles the pressing issues of our time, and yet it is timeless. This is a story of friendship, marginalisation ... END_OF_DOCUMENT_TOKEN_TO_BE_REPLACED

The swift fall of Kabul recalls the ignominious fall of Saigon in 1975. Beyond the local consequences – widespread reprisals, harsh repression of women and girls, and massive ... END_OF_DOCUMENT_TOKEN_TO_BE_REPLACED
Author:
Martin Maria Schwarz
Date:
Mail:
Send via mail

END_OF_DOCUMENT_TOKEN_TO_BE_REPLACED
Social media
and networks
Subscribe to our
newsletter