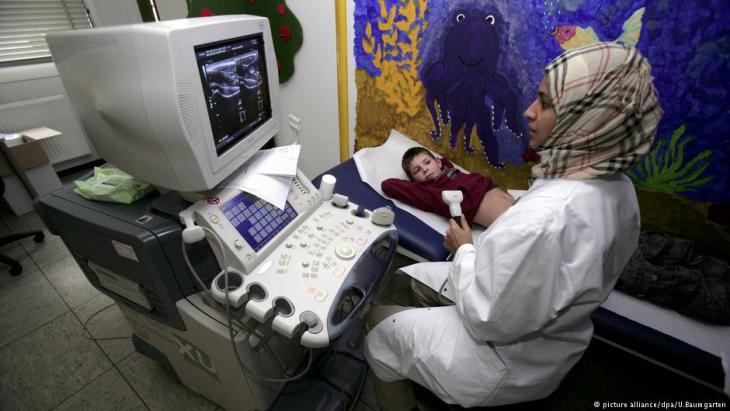 Freedom of religion at work

A ruling by the European Court of Justice allows employers to prohibit their staff from wearing headscarves. In doing so, it affords greater freedom to companies than it does to religion. A commentary by Heribert Prantl

It is almost impossible to overestimate the significance of the European Court of Justice's rulings on headscarves. These are pivotal decisions against the freedom of religion; decisions that seek to inhibit, where possible, the profession of faith in the workplace. Ultimately, it will mean that a ban on wearing headscarves at work can be introduced.

The judges have formulated the basic conditions for a ban and they are not difficult to fulfil. The consequence of this is that in future, we will very rarely see women in headscarves at checkouts in supermarkets and at reception desks in hotels and companies, because the conventions of majority society will prevail. This could lead to Muslim woman being marginalised from the workforce.

The rulings of the EU Court of Justice relate to the wearing of political, philosophical, and religious symbols in general. In other words, they apply to all religions and world views. In practical terms, however, they are significant first and foremost for those of the Muslim faith. Why? Because the kippah is very rarely worn in the workplace, men or women in religious habits are no longer seen even in Christian hospitals and people rarely notice crosses that are worn as jewellery at work. But they notice headscarves.

A headscarf is a small piece of material. This piece of material does not conceal the face; its objective is not to obscure; it is just a symbol, albeit a symbol that has become heavily charged with meaning in recent years. The judges at the European Court of Justice were reacting to this development. They do not ask how this has happened; they simply note that it has.

The headscarf is the expression of a profession of faith; for some this is a positive thing, for others a negative. The judges accept that if this expression of a profession of faith is seen as disruptive in a private company, it should be possible to remove this disruption. Some 120 years ago, the French poet Anatole France wrote: 'The law, in its majestic equality, forbids the rich as well as the poor to sleep under bridges, to beg in the streets and to steal bread.' In the wake of this ruling, these famous words could be reformulated as follows: the law, in its majestic equality, forbids Christians, atheists, and Muslims alike from wearing headscarves. As far as the EU judges were concerned, the crux of the matter was entrepreneurial freedom, which was deemed more important that freedom of religion.

The reasoning behind the rulings is sound; it is influenced by the French concept of secularism known as laicism, which deems religion a private matter. Moreover, the rulings are in line with the new zeitgeist, which tends to view Islam as a disturbing religion.

This zeitgeist, which is distancing itself from the liberalism of European societies, something of which they were once so proud, is a reaction to Islamism and the feeling that many people have of no longer recognising their own counties. For many, the headscarf is a symbol of all this. 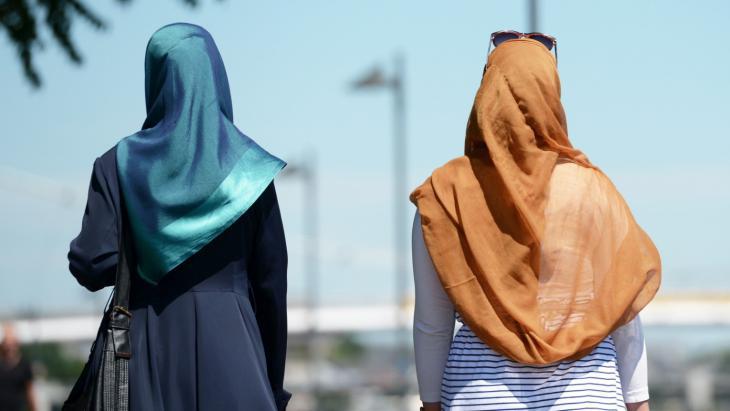 Prohibition versus tolerance: under certain circumstances a Muslim woman may now be prohibited from wearing a headscarf. Such a ban may not however single out symbols of the Islamic faith, nor may it be applied simply to accommodate the wishes of customers. That was the verdict released by the European Court last Tuesday in Luxembourg in response to cases in France and Belgium. In both instances, Muslim women had been sacked for wearing headscarves. The Luxembourg judges were asked to assess whether this was compatible with EU law

While the zeitgeist is not directly responsible for these rulings, they play into its hands, providing a tool with which it can resist the things that disturb it.

In matters relating to the headscarf, two legal lines and cultures are now colliding in Germany: the European Court of Justice's new culture of prohibition versus the German Federal Constitutional Court's culture of tolerance, which upholds religious freedom. Consequently, headscarves are more likely to be permitted in German schools (on which the judges in Karlsruhe ruled) than they are in private companies (on which the judges in Luxembourg ruled).

In 2015, Karlsruhe overturned its blanket headscarf ban from the year 2003, permitting women teachers to wear headscarves as long as they do not seek to indoctrinate pupils. Does this mean that the state is violating its own religious neutrality? No, reasoned the judges of Germany's Constitutional Court, while neutrality forbids the state from hanging crucifixes in the rooms of its schools, agencies and administrations, it does not allow it to tear headscarves from the heads of its civil servants and employees or crosses from around their necks.

Schools, which were at the heart of the ruling, are not clinical spaces, but places where children learn about and practice society. It was a noble ruling, a ruling that should inspire pride in a legally strengthened societal liberality; but it was also a ruling that made tough demands on schools, teachers, pupils and parents.

The pressure on the Federal Constitutional Court to make more rigorous rulings will grow in the wake of the Luxembourg rulings. Let us hope that instead, the space for tolerance, acceptance and respect for others can grow again.

Home
Print
Newsletter
More on this topic
Qantara dossier: The headscarf controversyGermany's headscarf ruling: What an imposition! The headscarf ruling from Germany's Consitutional Court: Heated debate on all sides
Related Topics
Justice, Muslim women, Muslims in the West, Rule of law, The Headscarf Controversy
All Topics

The European Court of Justice has given its backing to companies that don't allow female Muslim staff members to wear headscarves – as long as they don't permit the wearing of ... END_OF_DOCUMENT_TOKEN_TO_BE_REPLACED

The disappearance of Razan Zeitouneh and her colleagues has been one of the greatest mysteries of the Syrian war – until today. DW's investigative unit hunted clues across six ... END_OF_DOCUMENT_TOKEN_TO_BE_REPLACED

Muslims in Europe regularly experience threats, witness attacks and are the target of hate across national borders. Now the Council of Europe, the continent's leading human rights ... END_OF_DOCUMENT_TOKEN_TO_BE_REPLACED

The West is pulling out of Afghanistan after 20 years, but the conflict remains – and the Taliban are stronger than they have been for a long time. And now? The renowned Taliban ... END_OF_DOCUMENT_TOKEN_TO_BE_REPLACED

United States and NATO troops are leaving Afghanistan after 20 years, despite the fact that the Taliban is still advancing. The German Bundeswehr is already out. Sandra Petersmann ... END_OF_DOCUMENT_TOKEN_TO_BE_REPLACED
Author:
Heribert Prantl
Date:
Mail:
Send via mail

END_OF_DOCUMENT_TOKEN_TO_BE_REPLACED
Social media
and networks
Subscribe to our
newsletter