These societies all but encourage their members to poke their noses into other individuals' business and to judge the morality of their behaviour. In most cases, it is the least educated and most backward who are most unrestrained in this respect.

A society's identity is not set in stone

Finally, members of conservative societies are constantly using the word "identity". They take it for granted that a society's identity is fixed and unalterable. As far as they are concerned, changing it in any way is tantamount to the ship going down, the implosion of the social structure, a decline in values. 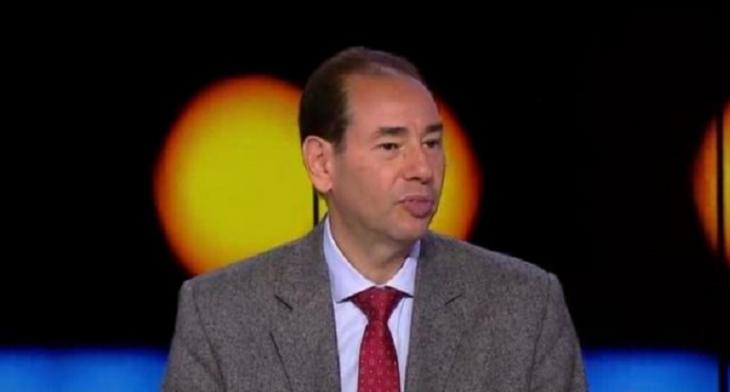 Khaled al-Khamissi is a well-known Egyptian writer, author of several novels, university lecturer and cultural activist. In his novels "In the Taxi. On the Road in Cairo", "Noah's Ark" (both published in German translation) and "Shamandar", Khamissi dissects Egyptian society in the second half of the 20th century. His works have been translated into numerous languages. His first non-fictional work "2011" (title of the English translation) was published in 2014. His essays, published in Egypt and abroad, provide a comprehensive insight into his work as a political analyst and novelist

You may also like: Societal repression in Egypt – The tentacles of autocracy

With the rising strength of Islamist movements from the late 1970s onwards, meddling was no longer restricted to the prying of the omnipresent doorman into the changing lifestyle of Mr So-and-So in apartment X. It was at this stage that entire armies of lawyers with close ties to such movements began bringing charges against anyone who wrote anything that brushed them and their ilk up the wrong way.

In the 1990s, this mantle was increasingly assumed by squadrons of cyber soldiers who used the Internet to train users in repressive attitudes against any form of new ideas and to sound the attack on a love of liberty and creativity. It was around about this time that print media began introducing below-the-line comment functions on their websites.

It is possible to write about the Holocaust and the crimes of colonial powers without downplaying anything. In her latest book, Charlotte Wiedemann focuses on the numerous blind ... END_OF_DOCUMENT_TOKEN_TO_BE_REPLACED

For the first time since 1989, Algeria‘s authoritarian regime has sent a military parade marching through Algiers. A formidable show of strength designed to impress rival regional ... END_OF_DOCUMENT_TOKEN_TO_BE_REPLACED

Algeria‘s regime is again cracking down on anti-fracking activists and the unemployed in the country‘s south. Yet EU countries remain keen to scale up their energy cooperation ... END_OF_DOCUMENT_TOKEN_TO_BE_REPLACED

Algeria's decision to unilaterally sever diplomatic ties with Morocco in August 2021 – days after the presidency announced in a statement their relations would be reviewed – was ... END_OF_DOCUMENT_TOKEN_TO_BE_REPLACED
Author:
Khaled al-Khamissi
Date:
Mail:
Send via mail

END_OF_DOCUMENT_TOKEN_TO_BE_REPLACED
Social media
and networks
Subscribe to our
newsletter