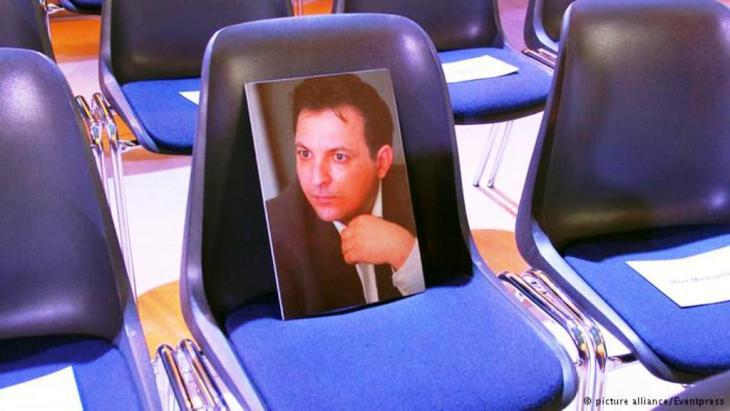 Freedom of the press in Syria
The truth can cost lives

Four years into Syria's civil war, neither the regime nor the jihadists are interested in free and fair reporting. As Samar Yazbek explains, it takes great courage to stand up and tell the truth under such circumstances

Freedom of opinion means everything to me. It determines my life and my fate. The only form of self-defence in Syria is words used to convey independent opinions and facts. Freedom of expression is my entire existence. It is how I write. It is my conscience, my relationship with justice and with the beauty and future of humanity.

But freedom of expression somewhere as challenged as Syria is also a heavy burden. It represents danger. The methods Bashar al-Assad's regime uses to suppress freedom are not restricted to direct killing, but extend to a kind of immaterial killing.

Every journalist or author seeks to bring the truth to light, which is hard enough for a woman in the Arab world. Finding that truth requires great courage and a willingness to take risks. Part of that risk, in turn, is my freedom to express a particular position. But when a piece of information costs someone their life, the freedom of access to information raises questions that extend beyond the bounds of professional journalistic work.

The situation in Syria is complicated and difficult. The search for information is compromised by the reality that under Assad's dictatorial regime the media manipulates and distorts the facts it presents to the Syrian people.

When, in 2011, Syrians peacefully demonstrated for democracy and justice, they were arrested and killed en masse by the regime. Four bloody years later, the peaceful revolution has become an armed regional and international conflict and breeding ground for the "Islamic State" (IS). In that climate, there is even less journalistic truth. 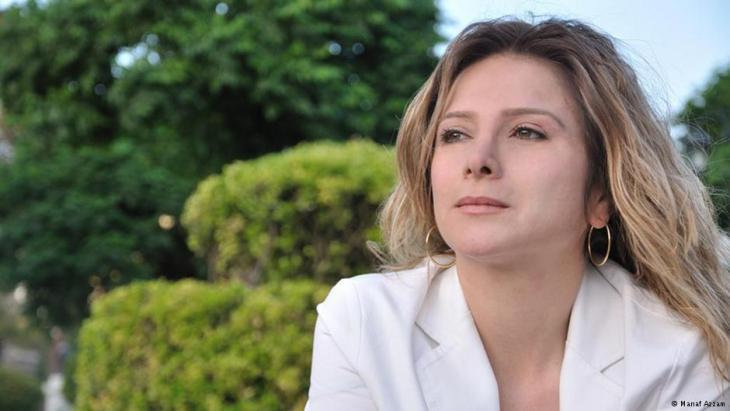 Samar Yazbek (pictured here) knows how great the risks are for those who want to search for and write about the truth of the situation in Syria. "The search for information is compromised by the reality that under Assad's dictatorial regime the media manipulates and distorts the facts it presents to the Syrian people," she writes

Jihadist groups that infiltrated Syria exercised violence and suppressed people in a way that is no less dangerous than that of the regime and which prevents journalists and activists from reporting on the facts of the conflict.

By the same token, the areas under regime control remain exposed to suppression and lies. The regime wants to improve its image and justify its crimes and massacres. In the current "war society", it is difficult to access areas under the control of armed religious groups such as IS or the Nusra Front, not least because the kidnapping of journalists has long provided them with a lucrative income.

The brave don't give up the fight

Despite these difficulties, some brave Syrian activists have remained true to the principles of their revolution. Armed jihadists and the bombing of entire districts at the hands of Assad's air force do not prevent them from trying to continue with their work. Many such activists have paid for this dedication with their lives, dying under bombs or on the swords of IS. Their numbers are falling by the day.

I experienced such perils myself in 2012 and 2013 in the northern Syrian province of Idlib where I was conducting interviews with civilians and fighters. The constant bombing made it hard to remain in disguise and move about anonymously, and I saw how hard it was for civilians to survive, without trying to report on what was going on.

Samar Yazbek was born in the Syrian town of Jableh in 1970. She is an award-winning author and journalist. Persecuted by the Syrian secret service, she has been living in political exile in France since 2011, where she continues to write about her country.

Any reconciliation between Turkey and Syria’s Assad regime would have disastrous consequences for many Syrians, explains Syria expert Kristin Helberg END_OF_DOCUMENT_TOKEN_TO_BE_REPLACED

There are signs of an imminent normalisation of relations between Turkey and Syria. This would allow Erdogan to score political points domestically before the upcoming elections ... END_OF_DOCUMENT_TOKEN_TO_BE_REPLACED

As Syrian camps housing families of Islamic State fighters get more dangerous, there are calls to bring children out, even if the mothers don't want to go. The idea of separating ... END_OF_DOCUMENT_TOKEN_TO_BE_REPLACED

Where are the measures to deal with the looming challenges facing the Arab world? In this commentary, Marwan Muasher warns that the region is in grave danger of falling behind ... END_OF_DOCUMENT_TOKEN_TO_BE_REPLACED

At the end of every year, the team at Qantara.de gives you a run-down of the ten most-read articles on the site over the past 12 months. Here is a quick overview of the stories ... END_OF_DOCUMENT_TOKEN_TO_BE_REPLACED

Social engagement is often motivated by religious factors. A new book explores the background to these community efforts and appraises how effective they are in helping to ... END_OF_DOCUMENT_TOKEN_TO_BE_REPLACED
Author:
Samar Yazbek
Date:
Mail:
Send via mail

END_OF_DOCUMENT_TOKEN_TO_BE_REPLACED
Social media
and networks
Subscribe to our
newsletter