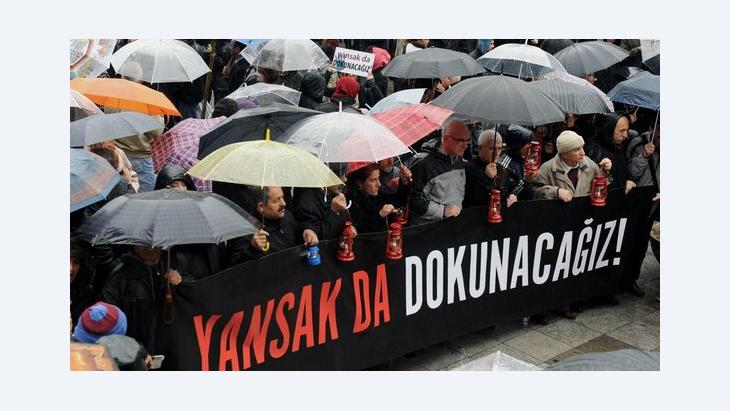 Freedom of the Press in Turkey

Tied to the Leash of the State

﻿According to information from "Reporters without Borders", there are more journalists imprisoned in Turkey today than there ever have been since the end of the military regime in 1983. The freedom of the Turkish press is kept within very narrow limits. Yet, is this really such a new phenomenon? Fatih Cicek offers some answers

"Not sure if you've noticed: all these sleazy, slimy, vulgar crooks and clowns also happen to be Allah followers. Isn't that paradoxical?" This was, more or less, what Fazil Say wrote in one of his Tweets. Say is a Turkish composer and writer, whose orchestral works have been performed by the New York Philharmonic and the Berlin Sinfonie Orchester.

As a result of his Tweet, Say has been sentenced to ten months imprisonment in accordance with Paragraph 216/3 of the Turkish penal code. The justification was that Say "publically insulted and depreciated religious values and individuals with religious sensitivities."

This is not the first time that the Erdogan government has been criticised at home and abroad for the sentencing of journalists. In a letter to Turkish Deputy Prime Minister Bülent Arinc, Amnesty International called upon the Turkish authorities to assume greater responsibility for the freedom of the press and to adapt Turkish laws to comply with international standards of human rights. 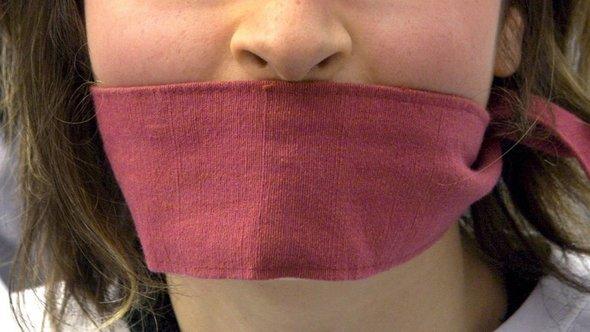 A muzzle for the media: Many journalists have been charged with crimes according to controversial anti-terror laws. Their families and lawyers are frequently denied information concerning the charges as well as access to documents on proceedings. Turkey has repeatedly been subject to international criticism, as most of these prisoners are held for long periods in detention pending trial. A reform of the anti-terror laws in July 2012 only resulted in minor improvements

​​The New York-based Committee to Protect Journalists has published a 53-page report in which it describes the situation of convicted journalists in Turkey. However, in order to gain an understanding of freedom of the press in Turkey and, not least of all, to be able to pass judgement on the political direction of the country's governing elite, we should perhaps refresh our knowledge on Turkish history.

The authoritarian policies of the Young Turks

First of all, there has never been any freedom of the press, as generally understood, in Turkey. After their putsch in 1913, the Young Turks (members of the Committee of Union and Progress) established an authoritarian one-party system, which, as the historian Erik-Jan Zürcher correctly argues, continued to exist until 1950.

Non-Muslims were not only driven out of Turkey, but their possessions were legally as well as illegally transferred to ethnic Turks. In this manner, the state artificially created a Turkish bourgeoisie.

This state of affairs continued until the AK Party formed the government. The state-contrived rich elite was pushed aside by a Muslim-conservative "opposing elite", which, to some extent, continued to govern using the same traditional Kemalist mechanisms and displaying the same sort of reflexes. The AKP seemed to have found a modus vivendi or a kind of balance with the "state" or, in other words, the Kemalist bureaucratic oligarchy. 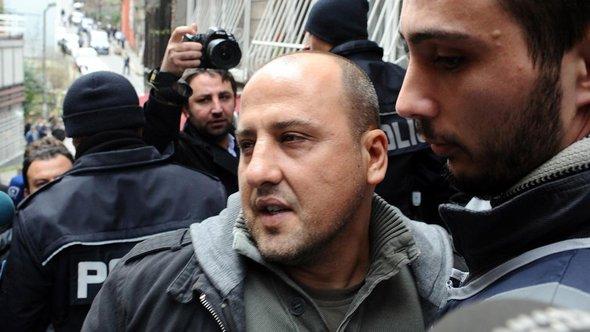 The Turkish investigative reporter Ahmet Sik was imprisoned for one year. He was convicted by the judiciary of having supported the secret organization Ergenekon with the aim of overthrowing the Turkish government

​​The Young Turks required a nation and a state that could be constructed from the top down through social engineering. The new state wanted to create "good citizens" out of secular, Kemalist, non-practicing Sunni Turks.

In addition to their many other mechanisms, the Young Turks also employed the media to achieve this goal.

This state-sponsored Turkish bourgeoisie was assigned the task of using their monopoly over the media for these hegemonic purposes. The general population was unfamiliar with the notion of freedom of the press, especially practicing Muslims, who made up the majority of the country. For this reason, they hardly take the old elite seriously now.

Ahmet Sik, Nedim Sener, and Nuray Mert, as well as many other journalists have been charged with supporting – directly or indirectly – Ergenekon, a nationalist and terrorist underground organization in Turkey, the PKK, or other similar organizations. The extremely abstract and broadly formulated paragraphs of the criminal code make it easy to link the professional activities of journalists with illegal political movements or those planning a putsch.

Some of the most frequently applied paragraphs of the criminal code fundamentally clash with journalistic methods of research, such as talking with security officials or gaining access to documents. The corresponding charges fall under Paragraph 285 (violation of the confidentiality of an investigation) and Paragraph 288 (the attempt to influence a court case).

Under suspicion of belonging to "Ergenekon"

"Since 2008, I have been indicted 75 times. In around half of the cases, I was acquitted," reports Büsra Erdal, a reporter with the pro-government newspaper "Zaman". She covers cases dealing with Ergenekon and Balyoz (sledgehammer), another supposed plan by the Turkish armed forces to overthrow the AKP government.

It is very dangerous to report on such sensitive cases. Typical charges are mostly based on paragraphs of the criminal code that deal with "the violation of the confidentiality of an investigation" or "the attempt to influence a court case".

When, for example, Erdal wrote a commentary in which he questioned the qualifications and competency of the judges in the Balyoz case, she was charged with "insulting the judiciary, violating confidentiality, and attempting to influence a court case".

Recep Tayyip Erdogan, disappointed by the European Union’s reluctance to integrate Turkey into its ranks, has re-directed his country’s diplomacy toward the Maghreb and Africa to ... END_OF_DOCUMENT_TOKEN_TO_BE_REPLACED

Having taken control of the traditional media, Turkish President Erdogan is now extending his reach to the social networks. A new law has been passed to rein in major digital ... END_OF_DOCUMENT_TOKEN_TO_BE_REPLACED

Although a unity government was formed in Libya in March 2021, tensions and possible crises between the political actors are already emerging. What problems does the country face ... END_OF_DOCUMENT_TOKEN_TO_BE_REPLACED

In Islamic mysticism, Ramadan is more than just a period of prescribed abstinence, signifying an opportunity for inner contemplation. Marian Brehmer explores the spiritual ... END_OF_DOCUMENT_TOKEN_TO_BE_REPLACED

The USA and NATO plan to withdraw from Afghanistan by September. The operation is risky, the outcome uncertain. Many Afghans fear civil war. The quake on the Hindu Kush will also ... END_OF_DOCUMENT_TOKEN_TO_BE_REPLACED

The neo-Ottomanism propagated by Erdogan has long been more than rhetoric and symbolic politics. This can be seen from recent developments in parts of northern Syria, where Turkey ... END_OF_DOCUMENT_TOKEN_TO_BE_REPLACED
Author:
Fatih Cicek
Date:
Mail:
Send via mail

END_OF_DOCUMENT_TOKEN_TO_BE_REPLACED
Social media
and networks
Subscribe to our
newsletter