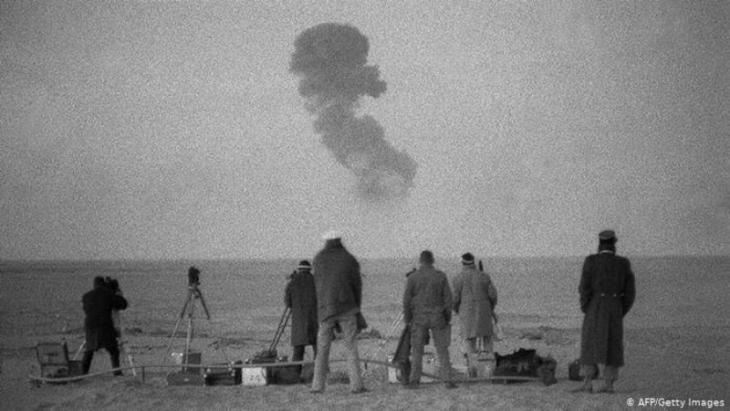 Decades after the first French nuclear test in Algeria, thousands of victims are still waiting for compensation. To date only 51 claims have been filed under French legislation introduced ten years ago – and only one Algerian compensated. By Elizabeth Bryant

Instead of being contained underground, radioactive dust and rock escaped into the atmosphere. Everyone ran, including two French ministers. At military barracks, the group showered and had their radiation levels checked as a crude means of decontamination. "You don't see nude ministers very often," Hervieux chuckled.

But as France marks the 60th anniversary of its first nuclear test – near Algeria's border with Mauritania, on February 13, 1960 – there is not much to laugh about. Critics have long claimed more than three decades of nuclear testing may have left many victims, first in Algeria and later in French Polynesia, where the bulk of testing took place.

But so far, just a few hundred have been compensated, including one single Algerian. And as key nuclear testing anniversaries tick by, the unresolved fallout of the nuclear explosions has also fed into long-standing tensions between Paris and its former colony. 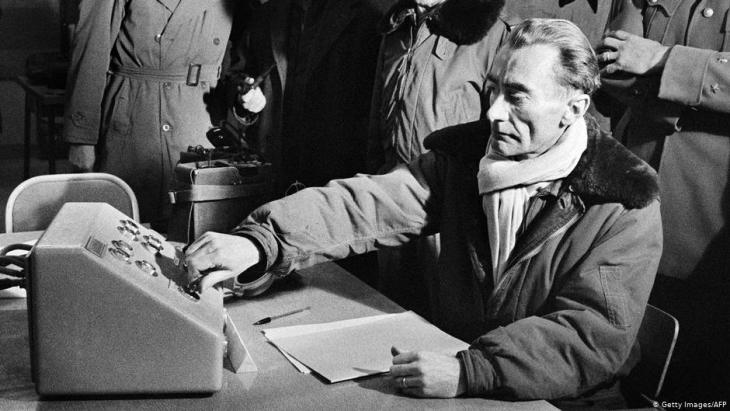 The contamination continues: many testing sites in Algeria are only fenced off by barbed wire, at best. "I saw radiation levels emitted from minerals, rocks vitrified by the bombs' heat, which was colossal," said retired French physicist Roland Desbordes, who has visited the sites. "These aren't sites buried in the corner of the desert – they are frequented by Algerian nomads." The latter sift through the detritus, seeking copper and other valuable scrap metal
Post-colonial legacy
"It is part of the whole issue of de-colonisation, and of Algerians asking for French recognition of crimes committed" as a colonial power, said Brahim Oumansour, North African analyst for the Paris-based French Institute of International Relations. For France, he added, doing so might mean "millions of euros of financial compensation".
Such issues are off the French government's current public radar. A major nuclear policy speech last week by President Emmanuel Macron made no mention of them. France's compensation commission says it has responded to claims that meet criteria set out by law. The French Defence Ministry and Algerian authorities did not respond to questions about the tests.

Home
Print
Newsletter
More on this topic
French nuclear weapons testing: Atomic contamination in the desertFrench-Algerian relations: The shadow of a colonial heritageFrance and the 50th anniversary of Algeria's independence: A pact against memory
Related Topics
Colonialism, Energy, History of the Near and Middle East
All Topics

The coronavirus pandemic brought mass pro-democracy protests in Algeria to an abrupt end. Exploiting the distraction engendered by the health crisis, the new Algerian government ... END_OF_DOCUMENT_TOKEN_TO_BE_REPLACED

Algeria has not found peace since Abdelaziz Bouteflika, who was president for 20 years, resigned under massive public pressure in April 2019. On 1 November 2020, the government ... END_OF_DOCUMENT_TOKEN_TO_BE_REPLACED

Ten years after the start of the Arabellion in North Africa and the Middle East, many view the movement as a failure. But rather than being over, it has now entered a more mature ... END_OF_DOCUMENT_TOKEN_TO_BE_REPLACED

Algeria's recent referendum was a thinly veiled attempt to hijack the agenda of the country's popular Hirak protest movement. Yet the people are no longer willing to accept ageing ... END_OF_DOCUMENT_TOKEN_TO_BE_REPLACED

Now that the COVID-19 crisis in Algeria has eased significantly, Algerian authorities are once again cracking down on migrants with extreme severity, expelling thousands of people ... END_OF_DOCUMENT_TOKEN_TO_BE_REPLACED

END_OF_DOCUMENT_TOKEN_TO_BE_REPLACED
Social media
and networks
Subscribe to our
newsletter