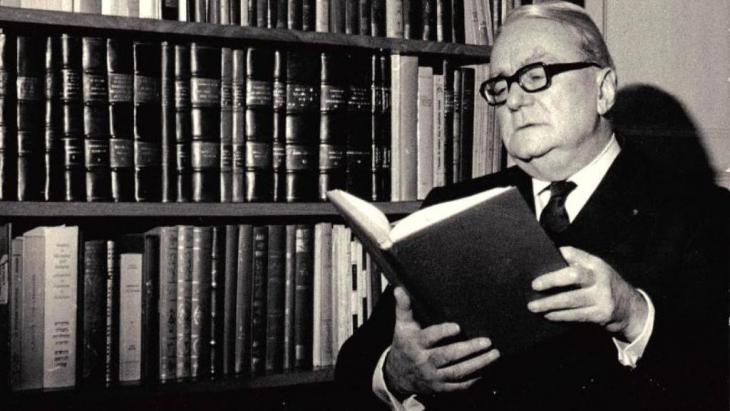 Wherever the spirit guides

Henry Corbin, theologian and professor in Islamic Studies at the Sorbonne, is widely regarded as the West′s authority on Persian philosophy. Despite having died in 1978, he is not only revered in modern-day Iran, he has also been appropriated. By Marian Brehmer

An unremarkable street in the southern part of Tehran′s city centre, not far from the Armenian Embassy, bears the name of a French academic - ″Henry Corbin Street″. If you walk a few blocks further down Enghelab Street and visit one of the numerous bookshops opposite the University of Tehran, the same name will leap out at you from the philosophy shelves, printed on the spines of books placed prominently beside the works of Iranian academics.

No other European Iran specialist and scholar of Shia is as respected in modern-day Iran as the French philosopher and mystic Henry Corbin (1904-1978). There is no study of ancient Iran in which his name does not appear; no research on Iranian philosophy that does not build on his work. Corbin had a traditional Catholic education, before studying philosophy at the Sorbonne. At the age of 22, his intellectual journey eastwards began with the study of Arabic and Sanskrit.

Making the acquaintance of the “Imam of the Platonists”

In 1929, when Corbin was 25, the young Orientalist met the Islamic studies scholar Louis Massignon in Paris – an encounter which was to change his life. Massignon, a Catholic priest particularly famed for his research on the Islamic mystic Mansur al-Hallaj, introduced Corbin to the Iranian Sufi philosopher Shahab al-Din al-Suhrawardi. Massignon had just returned from Iran and handed over to Corbin a manuscript of Suhrawardi′s major work, the Hikmat-ul Ishraq, that he had brought back with him.

It was an act of providence that Corbin would later describe as ″inspiration from heaven″. He devoted most of the rest of his life to studying the works of Suhrawardi, whom he called the ″Imam of the Persian Platonists″. Suhrawardi, born in 12th-century Persia, is also known as Shaykh al-Ishraq, or Master of Illumination. Suhrawardi developed a complex philosophical system, in which the whole of creation is an emanation of the highest divine light. 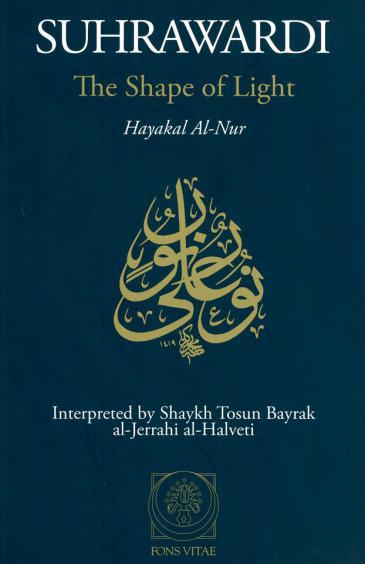 Inspired by Suhrawardi, master of the philosophy of illumination: Corbin saw his work on Suhrawardi as more than just an academic undertaking. ″Through my meeting with Suhrawardi my spiritual destiny for the passage through this world was sealed,″ the French scholar later revealed

Corbin saw his work on Suhrawardi as more than just an academic undertaking. ″Through my meeting with Suhrawardi my spiritual destiny for the passage through this world was sealed,″ the French scholar later revealed. Alongside the study of Platonism, Zoroastrianism and Islamic mysticism, Corbin delved into the German theological tradition, in particular the legacy of Martin Luther. In the 1930s, Henry Corbin published several translations of Suhrawardi′s works. At the same time, he was completing the first translation of Joseph Heidegger′s major work ″Being and Time″ into French. The two philosophers had met in Freiburg in 1931.

Thanks to his far-sightedness, Corbin was able to look beyond the traditional boundaries of academic subject areas. Furthermore, he was just as much at home in Western as he was in Eastern schools of thought. He probably has no equal in the history of Oriental studies when it comes to making Eastern intellectual worlds comprehensible to the West. He was aided in this by a deep linguistic knowledge of Greek, Latin, German, Persian and Arabic. Corbin′s multilingualism enabled him to navigate between cultures, religions and philosophical traditions – and he did so at an intellectual level rarely found today.

Following a post at the French Archaeological Institute in Istanbul during the war years, Corbin travelled to Iran for the first time in 1945. Here he found not only a second homeland, but a wealth of research material: nothing substantial was known about Iranian philosophers in Europe. Corbin regarded ancient Persia as the point of intersection between the Eastern religions and the West.

Corbin′s explanation of Persia′s philosophical tradition and Shia philosophy to the West is regarded by Iranians today as a service to their country. After decades of imperialist intervention in Iran by Europe, which brought with it the production of a reductionist view of Iran, Corbin was a welcome cultural ambassador.

An article published in 2012 on the Iranian state news portal ″Farhang News″ even describes Corbin with certainty as a Shia. The text, under the headline ″How did a French Catholic become a Shia?″ outlines Corbin′s life story and describes his meeting with the Shia polymath Allamah Tabatabayi, who over the years in Tehran became Corbin′s most important teacher and mentor. Tabatabayi, himself the author of a 20-volume Koran exegesis, travelled from Qom to Tehran once a week to instruct his French pupil in Shia philosophy.

Tabatabayi saw Corbin as a gift from God, a man who, with the aid of his sharp intellect, might be able to clear up the dominant misunderstandings about Shia Islam in Europe. Prior to this, the European image of Shia had been formed almost exclusively from Sunni sources, as Tabtabayi once explained.

The ″Farhang News″ article claims that under the influence of Tabatabayi′s incredible mind, Corbin converted to Shia. Further, it says that in Corbin′s eyes, Shia was the only religion that had retained its original character – and that he even advocated on behalf of Shia at conferences in France.

But the article probably says more about how a personality like Corbin could be co-opted by the present-day Islamic Republic than it does about the reality of his life. The Corbin scholar Tom Cheetham, author of five books on Corbin′s life′s work, is convinced that despite his spiritual connection to Shia, he was not a Muslim. Corbin, in Cheetham′s view, was ″neither Jew nor Christian nor Muslim but rather something both very ancient and radically new.″

In 1976, when Corbin himself was asked by a journalist who he really was, in view of his multifaceted life′s work, he replied – in a language fitting for a mystic and philosopher who lived between cultures: ″I am neither a Germanist nor an Orientalist, but a Philosopher pursuing his Quest wherever the Spirit guides him.  If it has guided me towards Freiburg, towards Tehran, towards Isfahan, for me the latter remain essentially ′emblematic cities′, the symbols of a permanent voyage.″

Critics of France's draft law to combat "radical Islamism" say the proposed measures are inefficient and will further stigmatise Muslims. They assert that involving Muslims in the ... END_OF_DOCUMENT_TOKEN_TO_BE_REPLACED

Sanctions against Ankara are being considered at the EU summit. The number of those in favour has risen. It remains unclear how Germany will behave. But would such measures have ... END_OF_DOCUMENT_TOKEN_TO_BE_REPLACED

Prominent Islamic scholar Muhammed Abu Zaid has urged Muslims in France to cooperate with the government. At the same time, he emphasised the need for the French authorities to ... END_OF_DOCUMENT_TOKEN_TO_BE_REPLACED

Last week Egypt's police stepped up an "unprecedented escalation" on activists by arresting a leading rights group director. Advocates on the Nile have long weathered a crackdown ... END_OF_DOCUMENT_TOKEN_TO_BE_REPLACED

In France and in Canada's Francophone province of Quebec issues of personal freedom have recently been thrown into sharp relief. In Quebec, legal proceedings have been initiated ... END_OF_DOCUMENT_TOKEN_TO_BE_REPLACED
Author:
Marian Brehmer
Date:
Mail:
Send via mail

END_OF_DOCUMENT_TOKEN_TO_BE_REPLACED
Social media
and networks
Subscribe to our
newsletter