Why the German Media are Courting the Anti-Islam Movement

If discussions on the cultural pages of German newspapers in spring 2010 were representative of German opinion, then we must assume that around half the German population comprehend Islam as a threat. Does the negative attitude towards Islam testify to vigilance or to prejudice? Stefan Weidner looks into the matter 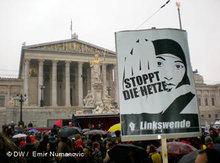 "The crucial formulation in the anti-Islamic doctrine is extremely simplistic: Islam was never good, is not good, and cannot be good," writes Stefan Weidner

​​ No matter how coarse and emotional these debates may have been, a glance across Germany's frontiers shows that things could have been much worse. In Denmark, the Netherlands, Belgium, France, and Switzerland the anti-Islamic mood is not only to be felt in newspaper feature supplements, blogs and talk shows; it also influences party politics, election results, and special legislation on Islam. In Germany the political fallout of this debate is astonishingly limited. Udo Ulfkotte's attempt to establish an anti-Islam Party failed.

At present movements hostile to Islam are only being set up at the local level. They emanate an almost pitiable lack of success. Even some of the figureheads of what calls itself criticism of Islam such as Ralph Giordano don't want to have anything to do with them.

No political parties hostile to Islam

Within political elites there exists a consensus that less emphasis should be put on Islam, which should rather be left to conferences and committees of specialists and representatives of particular interests. They realise that there is nothing to be gained by taking action over Islam. One of the reasons is that the conflict over Islam permeates all the political parties. At public discussions in Munich, Cologne, Berlin, and Brussels in recent weeks, opponents of Islam among the audience frequently mentioned their adherence to the established parties so as to not to be seen to be on the wrong side, i.e. the extreme rightist camp.

​​ None of these people can be satisfied with their party's policy regarding Islam. That is all the more the case when Islam has taken on the urgency of a matter of survival for many of them. Even if one doesn't share their views, no one will deny that they are serious about them. But it is not possible to foresee how this seriousness might be transformed into concrete political objectives beyond religion-specific discrimination scarcely compatible with a state based on the rule of law.

The fact that despite broad appeal and despite people such as Henryk Broder and Necla Kelek, who could easily play the parts of Geert Wilders and Ayaan Hirsi Ali in Germany, the anti-Islam movement remains without a political foundation may be linked with this lack of implementable visions.

Powerlessness fans the flames of indignation

There is, however, another reason, too. Anti-Islamic protest does not need any political structure. The movement has at its disposal an outlet which provides very much more appropriate expression for rage irrespective of its origin. This is nothing less than the debate about Islam per se. The media, themselves undergoing a profound crisis of orientation, provide a grateful sounding-board for this kind of excitement. They have assumed the function of a lightning-conductor for the uncertainty directed against Islam, which with a bit of luck will continue to spare us an anti-Islam party to the right of the existing political spectrum. 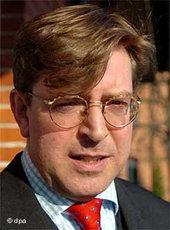 In Germany the political fallout of the debate on Islam is astonishingly limited: Udo Ulfkotte's attempt to establish an anti-Islam Party failed

​​ So long as the politically impotent anti-Islam movement can be expressed in the media mainstream, its adherents should feel sufficiently represented and taken seriously. The more shrilly and dogmatically protest is able to have its say there, the less it will need to take another form.

Politics retains freedom of action in its dealings with Muslims in accordance with the well-tried principles of the rule of law. The situation is similar in other areas of politics condemned to be the status quo. The legislative outcome of the banking crisis and climate change inversely reflects the passion impelling debates about these issues. Capitalism can no more be abolished than Muslims can be transformed into Christians or spirited out of the country. And of course it is precisely the fact of powerlessness that fans the flames of indignation – whether this be well-founded or not.

Dominance of discourse by the anti-Islam movement

However, it also means that good arguments will achieve nothing here. It is no longer about the issues themselves; there is merely protest for protest's sake. In order to seem unassailable, protest has entrenched itself behind monolithic ideological dogmatism. The crucial formulation in this doctrine is extremely simplistic: Islam was never good, is not good, and cannot be good.

It is precisely the fact of being closed to counter-arguments that constitutes the movement's cult status for many intellectuals and media administrators. They enjoy being allowed at long last to have a clear-cut opinion rather than constantly having to differentiate and twist and turn. This dogmatism only increases when confronted by the opposition still encountered here and there; and if that opposition is well-founded, intransigence turns up the volume and intensifies even further. 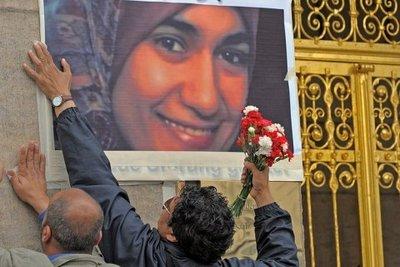 The tragic case of Marwa El-Sherbiny: According to Weidner, the anti-Islam movement in Germany has created an atmosphere that can mediate to any potentially violent anti-Islamic criminal the impression that justice is on his side

​​ It is already the case that the more popular the medium, the more apparent the dominance of discourse by the so-called critics of Islam. Their claim and feeling of being deprived of a platform are not based on any lack of media presence but rather on the aforementioned political ineffectiveness. In that, this movement is similar to its ideological opponents, from whom it has nonetheless copied its most important discussion strategy: criticism of Israel. Even critics of Israel urgently insist that such criticism is not really allowed in Germany. That has always been as nonsensical as the claim that people are not allowed to criticise Islam. But neither criticism of Israel nor disparagement of Islam achieve a sufficient political response. It is the resultant frustration that makes both sides become so shrill.

However, if speaking of 'criticism of Israel' is too sweeping, because the majority of these critics are not concerned with the existence of Israel as such but rather with specific aspects of Israeli policy such as settlement and legal discrimination against Israeli Arabs, then reference to 'criticism of Islam' is even more sweeping. This criticism entails everything and nothing, just as Muslim blanket criticism of the West might. But criticism of Islam that wasn't sweeping would immediately lose its target – how Islam is imagined to be – and thus its capacity to focus diffuse unease, feeding on many sources and almost all political camps.

"No tolerance for the intolerant"

However, if one cannot negotiate with the anti-Islam movement because it lacks any satisfiable political objectives, if one cannot argue with the movement because it doesn't want to know about making distinctions, if one cannot mollify it because the movement wants to enjoy indignation for indignation's sake and castigates any mollification as appeasement, then how should the more thoughtful among our contemporaries behave towards upholders of anti-Islam? Silence and taking the situation for granted are no use if one doesn't want to accept a creeping poisoning of the social climate.

An initial but obvious warning sign, the murder of an Egyptian woman, Marwa El-Sherbiny, by a right-wing extremist in a Dresden courtroom, no longer played any part in recent debates, as if one had nothing to do with the other. In fact they are very probably linked. The anti-Islam movement in Germany has created an atmosphere that can mediate to any potentially violent anti-Islamic criminal the impression that justice is on his side and that he is acting in the name of a majority.

For the moment the only possibility of countering the anti-Islam movement is to adopt one of its strategies. Opponents of Islam preach 'No tolerance for the intolerant'. At present it is to be recommended that we take what they say absolutely literally and do not let them get away with anything whatsoever.

END_OF_DOCUMENT_TOKEN_TO_BE_REPLACED
Social media
and networks
Subscribe to our
newsletter