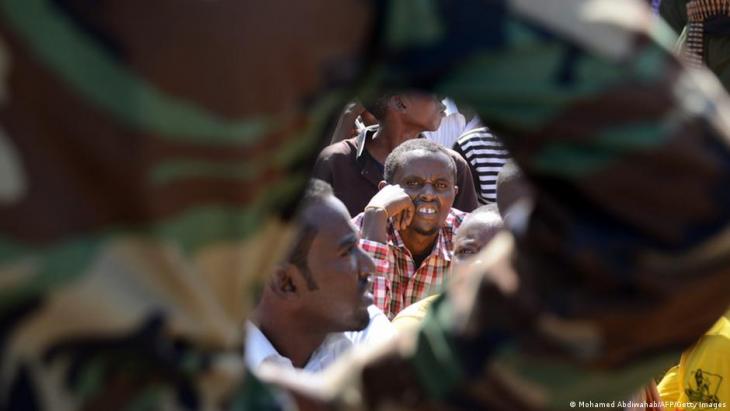 From failed state to fragile state?
Somalia and the rocky road towards greater stability

With elections on the horizon and an altered African Union mission, Somalia was meant to enter a new phase of stabilisation in 2021. But both have been postponed, and the present government seems ill-equipped to shoulder the country's considerable challenges. It is time for external stakeholders to name their terms, says Annette Weber

2021 should have brought fundamental change to Somalia. The first free general elections were planned, and the mission of the African Union was to be restructured and reduced. Now, however, the Security Council has postponed discussion of the mandate and election day has passed without a vote after the president and the prime ministers of two of the five federal states were unable to reach an agreement on polling modalities. At a protest by presidential candidates from the opposition and their supporters, President Farmajo had sharpshooters fire on the demonstrators, accusing them of trying to bring down the government with the help of clan militias.

After the collapse of the state in 1991, Somalia became mired in civil wars, warlord rule and clan disputes. It was not until 2004 that a government resumed control, although forced to operate from neighbouring countries until 2012 due to the security situation. Starting in 2021, responsibility for security was to be transferred gradually to the Somali security forces. After more than fourteen years of military support by the African Union Mission in Somalia (AMISOM), the UN Security Council is now poised to decide on whether it should be extended and in what form.

European states in particular, which fund the bulk of the mission, are frustrated that the activation of the Somali army is proceeding too slowly and that the mission must continue to do police work, rather than focusing on fighting the jihadist Al-Shabaab militia. The withdrawal of the Americans at the end of 2020, who were fighting the militia on the ground, has only added to the urgency of the situation.

Somalia is the regional champion when it comes to problems. The government in Mogadishu has little control beyond the capital, and even there it is only able to act because AMISOM is providing security with some 20,000 troops. Al-Shabaab is firmly entrenched as a second force everywhere in the country except Puntland in the north. Collecting taxes, infiltrating politics, and sometimes providing more reliable services than the government, the militia is deeply rooted in society. Al-Shabaab carries out attacks against government and AMISOM forces and is increasingly capable of building sophisticated bombs and unconventional explosive and incendiary devices. 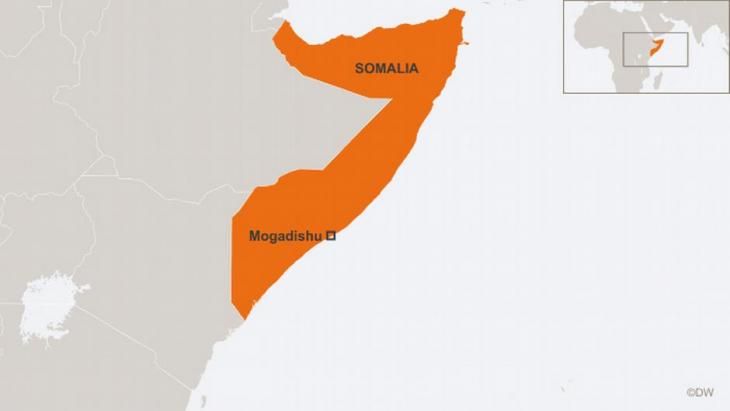 After the collapse of the state in 1991, Somalia became mired in civil wars, warlord rule and clan disputes. It was not until 2004 that a government resumed control, although forced to operate from neighbouring countries until 2012 due to the security situation. Starting in 2021, responsibility for security was to be transferred gradually to the Somali security forces. "European states in particular, which fund the bulk of the mission, are frustrated that the activation of the Somali army is proceeding too slowly," writes Annette Weber. "The AU mission must continue to do police work, rather than focusing on fighting the jihadist Al-Shabaab militia"

It operates as an ideological agent and mafia-like criminal organisation, and its bank accounts are visibly swelling. The organisation is thought to be the most powerful al-Qaida offshoot in the world today, with a command structure that allows cells in other countries to operate almost independently. This is apparent from frequent attacks that claim many lives, especially in neighbouring Kenya. The government is clearly no match for this countervailing power.

In order to take the lead in the country again the government needs the trust of the people. It would have to prove that it is willing and able to co-operate with the Somali states, planning jointly across state lines to build much-needed infrastructure, such as schools, hospitals and roads. It must also credibly provide for the well-being of the entire population and not allow security and services to be dependent on the influence wielded by clans or elites.

Furthermore, it must be in a position to collect taxes and thus offer services and security better than those supplied by Al-Shabaab. Only on this basis will the government have any chance of successfully resisting the military challenges posed by the jihadist militia, stopping political infiltration, and drying up the criminal organisation's financing. Free and fair elections would also significantly boost public confidence.

Political elites closer to clans than to the general population

The fact that all sides have recently signalled willingness to agree on the modalities for the elections is a positive development, but it remains to be seen whether any elections will actually take place. In any case, the government – old or new – faces daunting challenges, and it will take enormous efforts to master them.

The communication blockade of recent years and the escalation during the past weeks are evidence that the political elites are not trying hard enough to find a nationwide solution, used as they are to considering only what's best for themselves or their clans. Personal or clan militias provide security for individual politicians, for instance, while people living in the cities, IDP camps and villages are unable to rely on the Somali police. 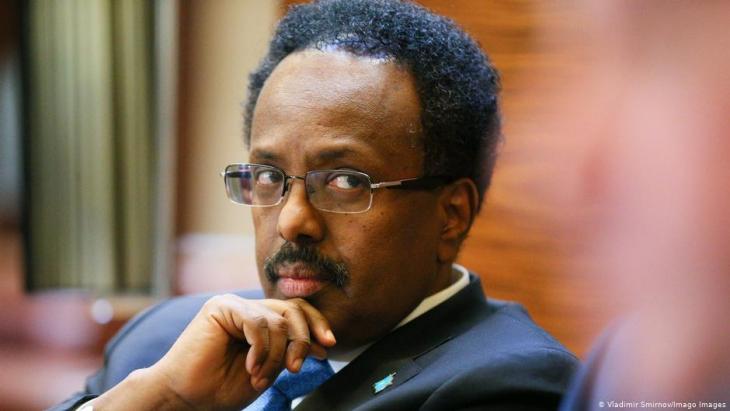 2021 should have brought fundamental change to Somalia: the first free and general elections were planned, and the African Union mission was to be re-shaped and reduced. With President Mohamed Abdullahi Mohamed, alias Farmajo, and the prime ministers of two of the five federal states unable to agree on the election modalities, election day came and went without a vote. At a protest by presidential candidates from the opposition and their supporters, President Farmajo had sharpshooters fire on the demonstrators, accusing them of trying to bring down the government with the help of clan militias

Nor can they count on the army to take action against the jihadists. Protecting the population in the liberated areas and fighting Al-Shabaab thus falls entirely to AMISOM, although the mission is meant only to support and not replace the police and army. And thus the government continues to discredit itself, preparing ever more fertile ground for the jihadist militia.

It is crucial that the political elites unite now and put the good of the country above special interests. External stakeholders can help by making their support, including the extension of the mission, contingent on a reliable roadmap for swift free and fair elections, the implementation of the government's transition plan – including the assumption of security responsibilities – and the rapid development of the necessary critical infrastructure.

The security situation in the Horn of Africa has deteriorated massively in recent months, due in part to the war in Ethiopia's Tigray and the dispute between Somalia and neighbouring Kenya. Al-Shabaab is benefitting most from the strife, and is planning to further expand its radius of action. In the interests of the people of Somalia and the wider region, this must be urgently prevented. It is to this end, and at great cost, that the neighbouring countries made their troops available in AMISOM – not as a substitute for Somali security forces.

This article was first published by the Stiftung Wissenschaft und Politik (SWP – German Institute for International and Security Affairs) as "Kurz gesagt" .

Foreign employees in Lebanon have been working for months without pay. Many have been cast out into the streets by their employers, and others are in forced labour. Their ... END_OF_DOCUMENT_TOKEN_TO_BE_REPLACED

The end of July saw the launch of the African Union’s "Sauti" digital publication, the first young feminist platform in Africa, which this year showcases stories by female youth ... END_OF_DOCUMENT_TOKEN_TO_BE_REPLACED

Jeddah is very different from other cities on the Arabian Peninsula, says Ulrike Freitag, historian of the Modern Middle East. In her book "A History of Jeddah", she explores the ... END_OF_DOCUMENT_TOKEN_TO_BE_REPLACED

Can art help individuals process the experience of fleeing across the Mediterranean? Sponsored by Malteser International, the art project "Human Cargo" in Ahaus, Germany, is ... END_OF_DOCUMENT_TOKEN_TO_BE_REPLACED

Ethiopia and Eritrea didn't pen their peace agreement in Addis Ababa or Asmara, but in Saudi Arabia with the Emirates alongside. Are economic and military interests increasingly ... END_OF_DOCUMENT_TOKEN_TO_BE_REPLACED
Author:
Annette Weber
Date:
Mail:
Send via mail

END_OF_DOCUMENT_TOKEN_TO_BE_REPLACED
Social media
and networks
Subscribe to our
newsletter