With its outstanding publishing houses and a freedom of speech unique in the region, Lebanon has become a paradise for many writers from more authoritarian Arab states where strict censorship is the order of the day. Lebanon's neighbour, Syria, is the prime example. Susanne Schanda reports 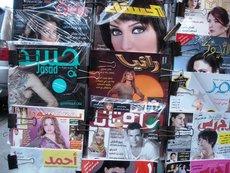 Lebanon is the centre of book and newspaper publishing in the Arab world. A newspaper stand in Beirut

​​ Of the six short-listed novels for the Arabic Booker Prize 2009, five were from Lebanese publishers. The Dar al-Adab publishing house in Beirut published two of them. "It's a pity that publishers are not allowed to recommend more than three books for the Arabic Booker, complains Rana Idriss, director and proprietor of Dar al-Adab, in her office in Beirut. The publishing house is one of the most important in the Arab world, publishing around 40 to 50 new titles each year, including 10 or so translations from other languages.

The publishing house is a family business. Set up by her father in 1953, it is now run by Rana Idriss along with her mother, sister and brother. "This makes it easier for us to survive in times of war and crisis when the security situation makes it difficult to work properly, a situation we have here for around two months of every year," Rana Idriss remarks.

A high reputation throughout the Arab world

Due to their outstanding quality and the unique freedom of expression they offer to writers in the region, the Lebanese publishing houses enjoy a high reputation throughout the Arab world. Because Lebanon is the most liberal of the Arab countries, and enjoys a tremendous freedom in publishing, writers from the less liberal countries send their manuscripts to Beirut. This is particularly the case with neighbouring Syria, where, despite the relative openness of the government of Bashar al-Assad since 2000, a strict censorship still exists. 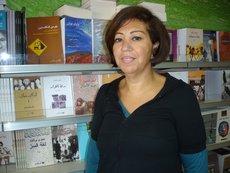 ​​ The most recent novels by Syrian writers, Nihad Siris, Khaled Khalifa, Samar Yazbek and Mustafa Khalifa have all been published by Dar al-Adab. Nihad Siris – whose novel "As-Samt wa Sakhab" (Noise and Silence) was published last year in German as "Ali Hassans Intrige" and is now also being translated into English – had to have his love story "Halet Shaghaf" (A Case of Passion) published in Lebanon in 1998, with publication in Syria not permitted until five years later.

Khaled Khalif's novel "Madih al-Karahiya" ("In Praise of Hatred") which was short-listed for the Arabic Booker Prize last year was published in Syria first, banned immediately afterwards, and re-issued by Dar al-Adab. Mustafa Khalifa spent twelve years of his life in prison and only many years later did he feel able to turn his experiences into a novel. "Al-Qawqa'a" (The Shell) was published in Beirut in 2008.

One of the five novels published in Lebanon that have made it onto the Arabic Booker shortlist is "The Unfaithful Translator" by Fawwaz Haddad, published by Riad al-Rayyes. After several historical novels, many of which took him up to a year to research, the writer more recently turned his attention to the present day. "Society and human relationships are what interests me. I discuss politics the way it affects people," he says in the Havana Café in Damascus, favourite haunt of writers and intellectuals.

His last three books have been published in Beirut. They are banned in Syria. This doesn't mean that political pressure on intellectuals has increased in Syria, Haddad says. "Quite the opposite. Our country has become more liberal. These books might have landed me in prison in the past." Of course, it would be nice if the books could be sold legally in Syria. 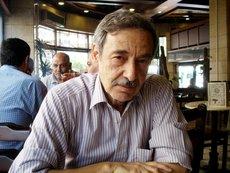 ​​ Nevertheless, ban or no ban, around half of the books printed in Beirut find their way back to Syria illegally and become available for sale in some bookshops, albeit under the counter, says Fawwaz Haddad. Good business for the publishers in Lebanon?

"It could be even better, if we were allowed to export the books to Syria officially," stresses Rana Idriss of Dar al-Adab. "When I read a manuscript from Syria my decision on it is subconsciously influenced by the fear that the book may not be allowed to be sold there. I often publish Syrian books that I do not even submit to their Ministry of Information, because I know in advance that I will not be given an import licence."

Fear of repression and the feeling of uncertainty

Lebanon's liberality attracts Arab journalists as well as writers. Rashed Issa is Syrian cultural correspondent and reports on the cultural life of Damascus for the Lebanese newspaper As-Safir. "I had had enough of wearing myself out working for the Syrian newspapers; putting up with the constant threat of censorship," he explains in his office in Damascus. "We are not allowed to write openly about politicians here, not even about anyone who has relations with the regime."

After writing a critical report on the Damascus Film Festival for a Syrian government controlled newspaper some years ago, the culture ministry was so annoyed that it had him demoted from the editorial staff to the archives department.

"In Syria everything is controlled, every website. I too feel watched. And I am only a cultural journalist, not a political activist, I am not against the government," Rashed Issa says. But it is not just the censorship and the lack of professionalism in the Syrian press that persuaded the journalist to move to a Lebanese newspaper.

"My pay here is five times higher than what I would get writing for a Syrian government newspaper and more than double the rate paid by the private print media in Syria." He recently wrote an article on the coverage of culture in the Syrian press. He even managed to discuss the topics of censorship and prohibited websites without, so far at least, incurring the wrath of his government. He does not, however, feel that he is free in Syria.

"Fear of repression and the feeling of uncertainty weigh heavily on me. There are times when I just want to get away from here," Rashed Issa admits, "when I dream of living somewhere else."

A little country with a big role to play

While the Ministry of Information is the supreme censorship authority in Syria, the Lebanese Information Minister sees himself as a champion of freedom of speech. Some years ago, Tarek Mitri (he was Minister of Culture at the time) introduced a law to abolish the practice of pre-censorship for films and theatre performances. Although books do not require official approval for publication in Lebanon, Mitri receives regular requests for the banning of certain publications.

"I am in favour of a law that would remove the right to ban books and films from the hands of politicians and give it over to the courts," the minister says. He has also proposed the setting up of a national commission for freedom and ethics, a council of wise women and men with the moral authority to make a recommendation to the courts. Due to the political instability of the country, the bill has not yet even been discussed in parliament.

In spite of its shortcomings, Tarek Mitri sees his country as an oasis of freedom in a region where most of the regimes are authoritarian. "Lebanon benefits from this. It means that our little country has a big role to play in the Middle East."

Nihad Siris' Novel Ali Hassan's Intrigue
Humour Harbours Its Own Horror
In Ali Hassan's Intrigue, the Syrian author Nihad Siris writes about living in an Arab dictatorship and about all the insanities and unreasonable demands - great and small - that the regime imposes on its people. Kersten Knipp read the book in its recent German translation

END_OF_DOCUMENT_TOKEN_TO_BE_REPLACED
Social media
and networks
Subscribe to our
newsletter