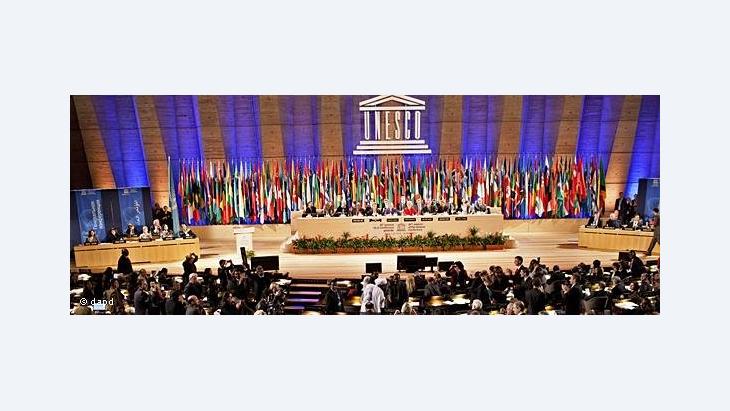 Full UNESCO Membership for Palestine
A Small, Albeit Costly, Victory

﻿Despite opposition from the US, Palestine has been accepted as a full member by UNESCO. On Monday, 107 members voted in favour, 14 voted against and 52 abstained. It was the right decision say Bettina Marx 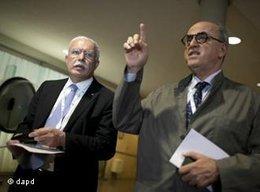 "Joy fills my heart. This is really an historic moment," Palestinian Foreign Minister Riad Malki (left) declared. "We hope that today’s victory at UNESCO marks but a beginning."

​​The decision will also have practical benefits, as there are plenty of historically and culturally important sites in Israel and Palestine – which Western nations like to call the Holy Land – that are bones of contention between the two sides. Jerusalem's Old Town, which was illegally annexed by Israel, with its religious relics is an example.

There are also many artifacts from numerous excavation sites in the occupied territories that have nearly all gone to Israeli museums. There is also the Dead Sea, which is of equal significance for Israelis, Jordanians and Palestinians. Israel has been pushing for it to be recognised as a world heritage site.

But the Palestinians have not had full access to the Dead Sea and they have been completely excluded from exploiting its salts and minerals. Membership in UNESCO may well give the Palestinians the opportunity to get more involved and it may give them some protection.

Having said that, UNESCO's decision may well turn out to be a pyrrhic victory. It's unlikely to further their goal of full statehood as crucial countries like the US and Germany voted against Palestinian membership. The US has even said it will stop payments to UNESCO. The German government said a yes vote would have jeopardized peace talks between Israel and Palestine. Germany also said that it did not want to pre-empt the UN Security Council's pending decision on full membership of the UN. 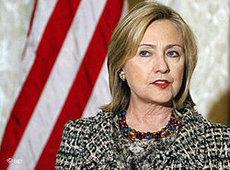 UNESCO's looming financial crisis: The US has said it will stop payments to UNESCO

​​But these arguments are not convincing. The renewed peace talks between Israelis and Palestinians that started last week and that are held not directly between the two sides, but between representatives from the Middle East Quartet, have stalled because Israel refuses to halt settlements and because it refuses to accept the territorial integrity of a future Palestinian state.

And it seems that the German government has already decided on its stance regarding Palestine's full membership in the UN: Berlin has decided against it despite paying lip service to a two-state solution for years.

UNESCO's decision to grant Palestine full membership was absolutely right and an important signal. To not support it is politically short-sighted and morally questionable.

Despite what heads of state may claim, the Russian attack on Ukraine is not a wake-up call for a self-confident Europe that defends its values. The war is accelerating the decline ... END_OF_DOCUMENT_TOKEN_TO_BE_REPLACED

At the EU's outer borders, the right of migrants to a fair asylum procedure continues to be systematically disregarded. Take Greece, for example: in the worst case scenario, those ... END_OF_DOCUMENT_TOKEN_TO_BE_REPLACED

Madrid's about-face on the Western Sahara conflict has enraged Algeria. Trade relations have been frozen unilaterally and a cut in gas supplies to Europe could be in the pipeline ... END_OF_DOCUMENT_TOKEN_TO_BE_REPLACED

Mourad al-Marouai was just nine when a landmine killed him on a beach in war-torn Yemen, a tragedy that will haunt his family forever. After a swim, the little boy "suddenly ... END_OF_DOCUMENT_TOKEN_TO_BE_REPLACED

A ceasefire has been in effect in Libya for the past year and a half. Yet after Russia's attack on Ukraine, another proxy war looms in Africa's most oil-rich country. Mirco ... END_OF_DOCUMENT_TOKEN_TO_BE_REPLACED

The Ukraine war has seen energy prices spike with oil producers in the Middle East making more money than ever. But will it put the brakes on long-planned reforms to diversify oil ... END_OF_DOCUMENT_TOKEN_TO_BE_REPLACED
Author:
Bettina Marx
Date:
Mail:
Send via mail

END_OF_DOCUMENT_TOKEN_TO_BE_REPLACED
Social media
and networks
Subscribe to our
newsletter