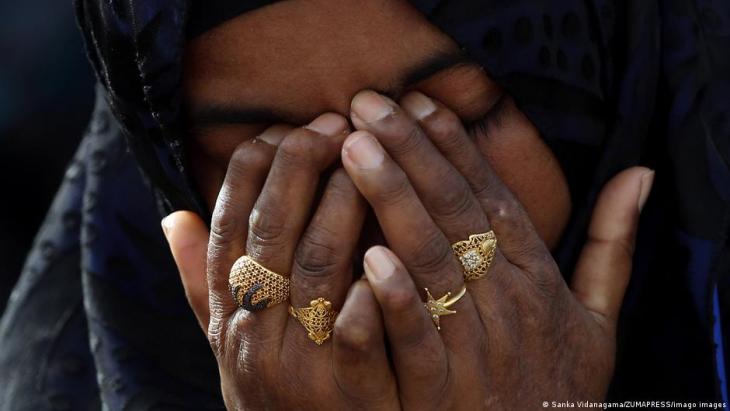 Future-proofing Islam
Focus on the soul of Islam

Indonesian religious affairs minister Yaqut Cholil Qoumas set the bar high for both President Joko Widodo and Nahdlatul Ulama – the religious backbone of Widodo's government – when he laid out the agenda for his country's presidency of the G20 last week. James M. Dorsey has the details

Speaking at the G20 Interfaith Forum in Bologna mid-September, as Italy prepared to handover its presidency to Indonesia, Qoumas also threw down a gauntlet for Indonesia’s Middle Eastern competitors in a battle to define the degree to which Islam incorporates principles of tolerance, pluralism, gender equality, secularism and human rights as defined in the Universal Declaration of Human Rights.

The battle, which is likely to likewise determine which Muslim-majority country or countries will be recognised as leaders of the Islamic world, takes on added significance with the Taliban takeover of Afghanistan and concerns about Taliban policy towards militants on Afghan soil.

Meanwhile, uncertainty about U.S. reliability as a security guarantor in the Gulf is prompting regional foes to contain their differences to ensure that they don't spin out of control, increasing their emphasis on the projection of soft power.

Turkey’s 2022 budget appears to signal the shift and the importance President Recep Tayyip Erdogan attributes to this particular challenge.

Emphasis on religious rather than national identity

The budget of the powerful Directorate of Religious Affairs or Diyanet is expected to increase by 20 percent for fiscal 2022, giving it greater financial flexibility than the ministries of interior, foreign affairs, trade, industry and technology, environment and urbanisation, energy and natural resources and culture and tourism.

These ministries are key for enabling Turkey to resolve its economic problems, compensate for the fallout of the pandemic and enhance its appeal as a potential leader of the Muslim world. 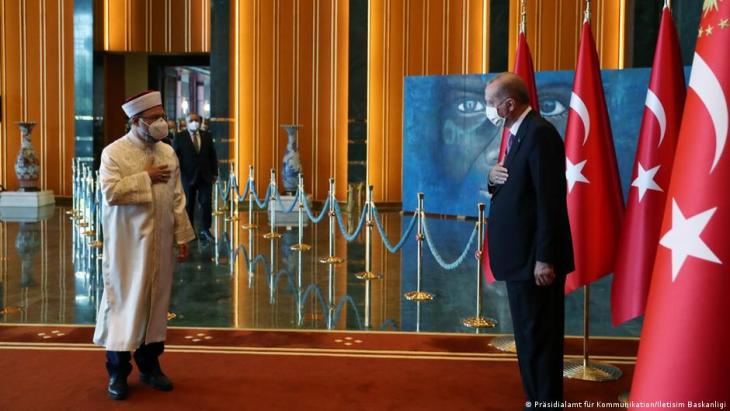 The Diyanet, in another sign of Erdogan's emphasis on religious rather than national identity, recently urged Turks to use the religiously framed greeting 'Peace be upon you' (selamun aleykum) rather than phrases like 'Good morning' (Gunaydin), prevalent in Turkey since its founding as a republic almost a century ago.

Diyanet president Ali Erbas argued in a recently published Turkish-language book, Human Religion and Religion in the Information Age, that the greeting "Good morning" traced its origins to the pre-Islamic era. These latest moves suggest that Recep Tayyip Erdogan is taking his country, also a member of the G20, down a path diametrically opposed to what Yaqut Cholil Qoumas was arguing in Bologna.

The minister contended in contrast to Erdogan's policies that religion "has the potential to help block the political weaponisation of identity; curtail the spread of communal hatred; promote solidarity and respect among the diverse people, cultures and nations of the world; and foster the emergence of a truly just and harmonious world order, founded upon respect for the equal rights and dignity of every human being. Yet to realise this potential, we must wisely manage the inevitable struggle between competing values, as globalisation brings highly diverse peoples, cultures, and traditions into ever closer contact."

Qoumas made his remarks as a Turkish journalist called on Erdogan to avoid the weaponisation of religion. Writing in Karar, a Turkish publication believed to be close to Erdogan’s erstwhile prime and foreign minister, Ahmet Davutoglu, who left the ruling Justice and Development Party (AKP) to found a party of his own, journalist Ahmet Tasgetiren warned that the president appeared to be politicising the Diyanet. 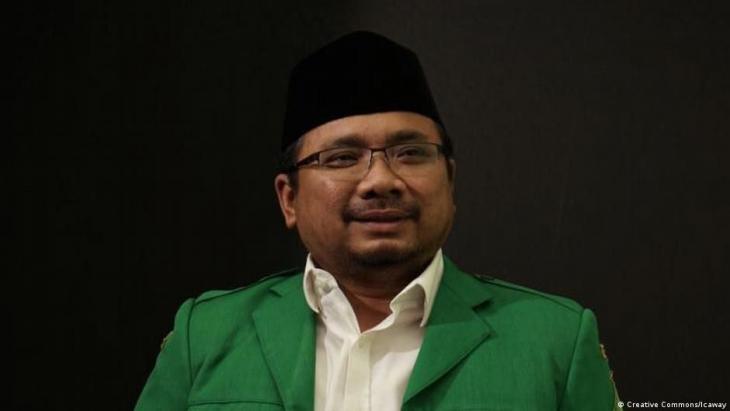 Indonesian religious affairs minister Yaqut Cholil Qoumas set the bar high for both President Joko Widodo and Nahdlatul Ulama – the religious backbone of Widodo's government – when he laid out the agenda for his country's presidency of the G20. Speaking at the G20 Interfaith Forum in Bologna mid-September, as Italy prepared to handover its presidency to Indonesia, Qoumas also threw down a gauntlet for Indonesia’s Middle Eastern competitors in a battle to define the degree to which Islam incorporates principles of tolerance, pluralism, gender equality, secularism and human rights

Yaqut Cholil Qoumas, the scion of an influential Nahdlatul Ulama family and the former head of the group’s powerful youth wing, GP Ansor, went on to say in his speech that "one major task that lies before us is to identify, and conscientiously observe, those universal values that a majority of the world’s inhabitants already acknowledge, such as the virtues of honesty, truth-seeking, compassion and justice. Another parallel task is to develop a global consensus regarding shared values that the world’s diverse cultures will need to embrace if we are to co-exist peacefully."

Implicitly, the minister noted that in contrast to its competitors – Saudi Arabia, the United Arab Emirates and Turkey – in the battle to re-shape mainstream Islam, Nahdlatul Ulama, one of, if not the world’s largest Muslim civil society organisation, has put its money where its mouth is.

Qoumas noted that a gathering in 2019 of more than 20,000 Muslim religious scholars associated with Nahdlatul Ulama ruled that the legal category of infidel was "neither relevant to, nor applicable within, the context of a modern nation-state". In doing so, Nahdlatul Ulama became the world’s first major contemporary Sunni Muslim religious entity to seek to update and modernise Islamic jurisprudence.

Qoumas stopped short of laying out an agenda for dealing with other concepts in Islamic law that Nahdlatul Ulama clerics have identified as either problematic or obsolete such as blasphemy. Nahdlatul Ulama has argued that concepts like the dhimmi or people of the book who are recognised in classical Islamic jurisprudence but not granted equal status before the law, and apostasy, had been invalidated by the ruling on infidels. 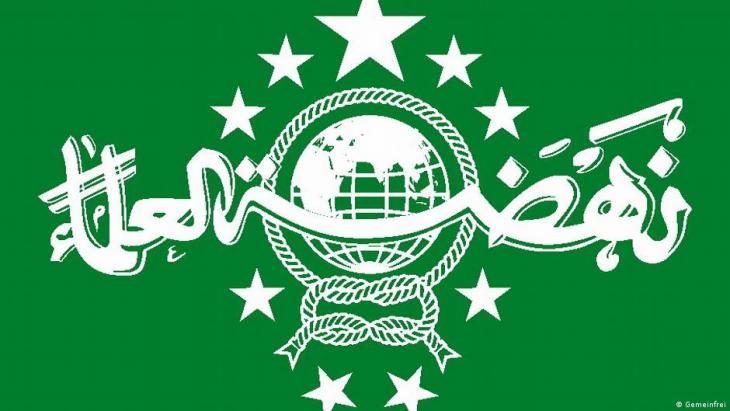 A pioneering role: a gathering in 2019 of more than 20,000 Muslim religious scholars associated with Nahdlatul Ulama ruled that the legal category of infidel was "neither relevant to, nor applicable within, the context of a modern nation-state". In doing so, Nahdlatul Ulama became the world’s first major contemporary Sunni Muslim religious entity to seek to update and modernise Islamic jurisprudence

No doubt, countries like Saudi Arabia and the UAE, where Islamic law is at the least recognised constitutionally as a main source of legislation, even if it does not constitute the main fountain of legislation, have significantly liberalised social rights.

Liberalisation of social mores in Saudi Arabia and the UAE were anchored in civilian law, rules, and regulations, but neither country, in contrast to the process initiated by Nahdlatul Ulama, adapted Islamic jurisprudence accordingly.

That way, the two Gulf states, in contrast to Indonesia, seek to keep tight state control of their interpretation of Islam with no input by civil society.

The dichotomy raises fundamental questions, including whether what Nahdlatul Ulama calls the "re-contextualisation" of Islam can be achieved by autocratic or authoritarian regimes that are seeking to ensure their survival and project themselves internationally in a positive light or whether religious reform needs to be popularly anchored and driven by civil society.

Despite being in government, Qoumas implicitly provided his answer to the question by quoting a poem by Kyai Haji Mustofa Bisri, a prominent Nahdlatul Ulama spiritual leader. The poem, titled 'Religion' focuses on the behaviour of the individual rather than the role of the state.

"Religion is a golden carriage prepared by God to convey you along the path to His Divine Presence.

Don't become mesmerised by its beauty, much less enchanted to the point that you come to blows with your own brothers and sisters over who occupies the front seat.

Dr. James M. Dorsey is an award-winning journalist and schola, a senior fellow at the National University of Singapore’s Middle East Institute and author of the syndicated column and blog, The Turbulent World of Middle East Soccer.

Just as the Islamic Revolution fundamentally changed Iran 43 years ago and had an impact far beyond the country's borders, the current wave of protests sweeping the country is set ... END_OF_DOCUMENT_TOKEN_TO_BE_REPLACED

One year ago the Taliban returned to power, seizing Kabul; the U.S. and its allies made a panicked exit from the country. Of all the books written on the subject, four stand out ... END_OF_DOCUMENT_TOKEN_TO_BE_REPLACED

Jonas Poher Rasmussen's Oscar-nominated animated documentary “Flee” focuses on the life of a refugee from Afghanistan. Based on a true story, it centres around the question: when ... END_OF_DOCUMENT_TOKEN_TO_BE_REPLACED

The Biden administration could have used Pakistan’s economic crisis to compel the country to sever its longstanding ties to terrorist groups. Instead, the U.S. protects and ... END_OF_DOCUMENT_TOKEN_TO_BE_REPLACED

No country in the Islamic world is influenced as strongly by the traditions of Sufi culture as Pakistan. Yet the Sufis there have been under attack from Islamic hardliners for ... END_OF_DOCUMENT_TOKEN_TO_BE_REPLACED

END_OF_DOCUMENT_TOKEN_TO_BE_REPLACED
Social media
and networks
Subscribe to our
newsletter