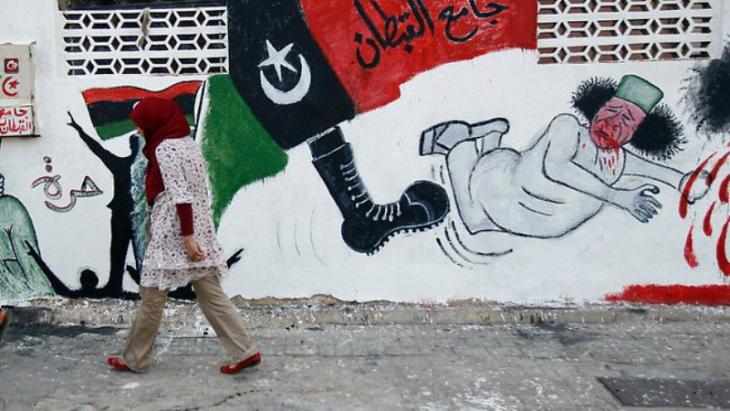 The political situation in Libya five years after the fall of Gaddafi is disastrous. President Obama recently admitted that the mistakes made by NATO could have been avoided. Now, more than ever, it is important to pursue the right strategy, says Gareth Evans, former chairman of the International Crisis Group

There are important lessons to be learnt from what went wrong with the NATO-led military intervention in Libya in 2011. US President Barack Obama was right about that in his recent wonderfully frank interview in "The Atlantic". But if we are not to compound the world′s misery, we have to take away the right lessons from that intervention.

We can agree that Libya is now a mess, with Islamic State forces holding significant ground, the United Nations-facilitated peace process faltering and atrocities continuing on all sides. Indeed, human security is generally in worse shape than it was under Muammar Gaddafi.

We can also agree, as Obama evidently does, that far less thought, energy and resources went into planning for life after Gaddafi than tearing him down; that France, the United Kingdom and other US allies pulled their weight less than they should have; and that all the interveners profoundly underestimated the complexity of the shifting personal, tribal and regional enmities and alliances that made the civil war both so bloody and so inconclusive.

But does all of this mean that no military intervention should have occurred? And does it mean that the United States, in particular, should never again act to protect civilians experiencing, or at risk of, genocide and other crimes against humanity except when its own core national-security interests are much more obviously at stake? 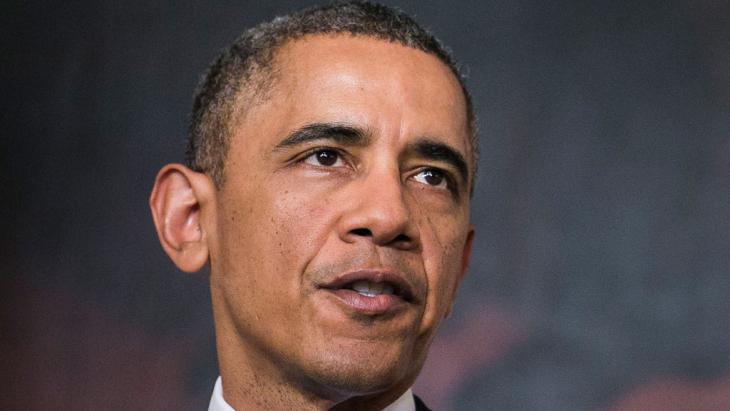 Mistakes made by America′s European allies have contributed to the crisis faced by Libya following the toppling of Muammar Gaddafi, says President Barack Obama: "When I go back and I ask myself what went wrong, there’s room for criticism, because I had more faith in the Europeans, given Libya’s proximity, being invested in the follow-up," admitted Obama in an interview with the US magazine "The Atlantic"

There are plenty of commentators only too willing to draw such conclusions from Obama′s ″Atlantic″ interview. He is reported as saying that the Libyan intervention ″didn′t work,″ that the country ″is not at the core of our interests,″ that ″we can′t relieve all the world′s misery,″ and that ″there is no way we should commit to governing the Middle East and North Africa.″ Wasn′t he saying, more or less, that this intervention was precisely the kind of ″stupid shit″ that America should seek to avoid at all costs?

Well, no, he wasn′t, actually. As is often the case, Obama′s position is more nuanced. He also said in the interview that ″if it is possible to do good at a bearable cost, to save lives, we will do it″; that ″there are going to be times when we can do something about innocent people being killed″; and that he was ″focused on taking action multilaterally where our direct interests are not at stake.″

True, Obama makes clear that sometimes the cost of action will be unbearable and that there will be times when effective action is just not possible. But those constraints on the use of force are universally understood. It is accepted that the bar has to be set very high, with military action a last resort, only to be taken proportionally and where more good than harm will be done.

The way in which Obama articulated his position is completely consistent with the norm of the ″responsibility to protect″ (R2P) principle unanimously embraced by the UN General Assembly in 2005. The US has consistently supported the R2P norm in the Security Council (even if its leaders don′t like using this terminology domestically, believing that the American public doesn′t like international obligations of any kind).

While it is important not to misread Obama′s personal position, it is even more important not to misread what actually happened in 2011. All the things listed by Obama did indeed go wrong in Libya. But he failed to mention something else that went badly wrong, something that to this day is rarely acknowledged by Western officials or media commentary: early on, the NATO coalition decided to pursue not just the “protection of civilians and civilian-populated areas,” as the UN Security Council mandate expressly provided, but the overthrow of the Gaddafi regime. 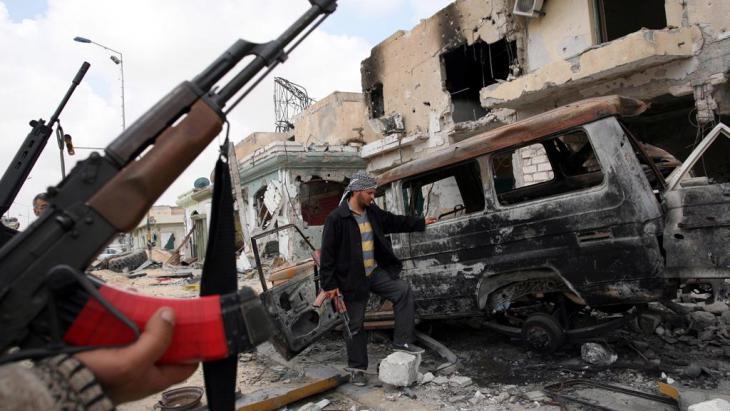 Teetering on the edge: with the fall of its long-term dictator, Muammar Gaddafi, in 2011, Libya was plunged into chaos. Countless armed militias hold power in the country, while a UN-supported government of national unity strives for recognition

There was clear support from other Security Council members for the initial military action, which unquestionably spared thousands of innocent lives in Benghazi; and it is reasonable to assume that support would have continued had France, the UK and the US (the P3) adhered to the terms of the UN mandate. The P3 just had to show a genuine willingness to explore proposals for a ceasefire and a negotiated transition (as South Africa, in particular, advocated). And if those efforts failed (as was likely), the P3 had to make a serious and well-argued case that civilian protection could be achieved only through regime change.

The P3 did neither of those things and paid an immediate price with the BRICS countries (Brazil, Russia, India, China and South Africa), which withdrew their support from the Libya operation. Worse, the BRICS refused to take any action at all in response to the unfolding horror in Syria, which in its early stages bore an uncanny resemblance to Gaddafi′s oppression.

Perhaps Libya would have descended into chaos even if the Security Council had remained united, owing to the external players′ failure to understand the internal political dynamics and to prepare intelligently for post-crisis peace building. And maybe, had there not been Security Council paralysis over Syria in 2011, the catastrophic plunge into civil war there would still have occurred. We can never know.

But it is impossible not to believe that we would at least have done better in saving lives if consensus had prevailed. Obama, like his colleagues in the UK and France, may still be reluctant to acknowledge that the P3 overreached in Libya and was too arrogantly dismissive of the BRICS′ concerns.

But he understands the world′s responsibility to protect people from genocide and other crimes against humanity wherever they occur. And he understands, as we all must, the need for effective multilateral action if that is to happen.

Gareth Evans served as Australia′s foreign minister from 1988 to 1996 and from 2000 to 2009 chairman of the "International Crisis Group".

Home
Print
Newsletter
More on this topic
Interview with Martin Kobler, UN Special Representative on Libya: "Libya must not become the Syria of tomorrow"Peace treaty signed by warring factions in Libya: The steep road to national unityMilitary intervention in the Islamic world: What good is an Arab military alliance?
Related Topics
Arab Spring, Barack Obama, Islam and the West, Libya after Gaddafi, NATO
All Topics

Cries of "Benghazi!" still resonate across the USA ten years after a deadly terrorist attack in Libya killed the U.S. ambassador and three other Americans. Ethan Chorin re-tells ... END_OF_DOCUMENT_TOKEN_TO_BE_REPLACED

After a two-year hiatus, the Arab League re-convened at the beginning of November in Algiers against a backdrop of uncertainty and discord. By Pierre Boussel END_OF_DOCUMENT_TOKEN_TO_BE_REPLACED

In the run-up to the COP27 global climate summit, hosted by Egypt in November, it is worth noting that little rainfall, aggressive heatwaves and worsening drought make the Middle ... END_OF_DOCUMENT_TOKEN_TO_BE_REPLACED

The southern shores of the Mediterranean Sea are losing sand faster than almost anywhere else. The ecological and economic damage is immense. The good news is, there are ways to ... END_OF_DOCUMENT_TOKEN_TO_BE_REPLACED

A ceasefire has been in effect in Libya for the past year and a half. Yet after Russia's attack on Ukraine, another proxy war looms in Africa's most oil-rich country. Mirco ... END_OF_DOCUMENT_TOKEN_TO_BE_REPLACED
Author:
Gareth Evans
Date:
Mail:
Send via mail

END_OF_DOCUMENT_TOKEN_TO_BE_REPLACED
Social media
and networks
Subscribe to our
newsletter