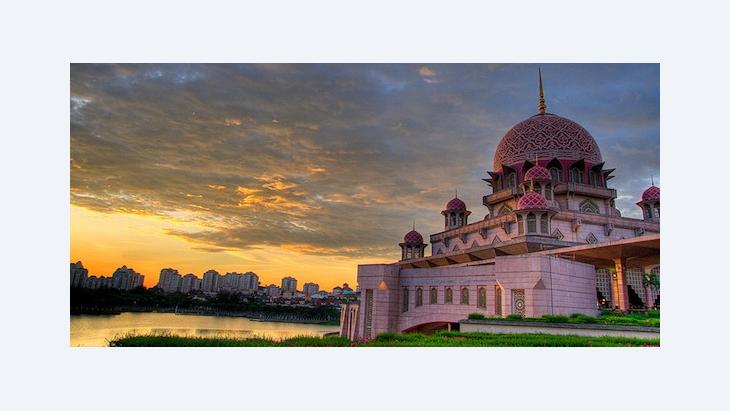 Creating Change in the Mosque

﻿Malaysia's government has gained a reputation for running a policy of intolerance towards the gay and lesbian community in the country. But a younger generation of Muslims is starting to change perspectives, using their faith, as Joseph Mayton reports

﻿The couple strode hand-in-hand into the club, music pounding. They embraced, kissed one another and began dancing to the music. It is a common scene in Malaysia's capital city, where young professionals indulge in a nightlife that is booming. But for this couple, their situation is dramatically different than for most the others on the dance-floor. They are both women. In the battle between conservatism Islamic views, these two Malaysian Muslim lesbians believe times are changing in the country. And for the better.

For Mariam and Nora, ethnically Malay and Chinese and Muslim, respectively, they have a sense that Malaysian society is moving away from hate and antagonism toward the lesbian, gay, bisexual and transgender (LGBT) community. Surprisingly, they argue it is faith and Islam that is playing a major role in this transformation.

"It is easy to see Malaysia as a hard, very conservative society because of what a bunch of sheikhs and government officials have said recently, but when we go to pray or speak on Islam with people, they are more tolerant now than even a couple years ago," Mariam, the more outspoken of the two, said, with her arm around her girlfriend of four years.

Islam creates an opportunity for change 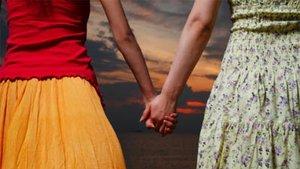 ​​It's an almost strange idea, Islam and the LGBT community coming together to promote tolerance, especially considering the recent government statements aiming to crackdown on the gay community in the country.

But speaking with the couple's local sheikh in a Kuala Lumpur suburb somewhat changes perspective. The sheikh believes that Islam creates an opportunity for change and understanding unlike any other religion.

"I know today's world sees and believes Islam to be intolerant of differences, especially in relation to the gay community," began Sheikh Abdullah Abu Tarek, who believes that this is partly why people around the globe misunderstand Islam. "Here at this mosque we teach that Islam is about one's personal relationship with God, and this means understanding everyone in that lens," argued the London-educated sheikh, who is in his late 20s.

For him, young women like Mariam and Rina, who is a convert to Islam, are the most important in his congregation. They represent a "new wave of Muslims who can take the message of tolerance globally as human beings. Their sexuality should not be an issue, because at the end of the day, Islam is a faith that is based on tolerance and multi-culturalism."

For the country's lesbian and gay population, the struggle for rights is an uphill battle. And with the growing power of Islamic clerics, creating openness and dialogue is often difficult.

Moreover, much to the continued frustration of the community, the government continued its anti-gay strategy earlier this year. In June, Deputy Minister in the prime minister's office Mashitah Ibrahim told the Dewan Rakyat, Malaysia's the lower house of the Parliament, that the federal constitution does not protect gay rights in the country. Mashitah said that Article 8 of the constitution, which is about equality, has never been interpreted to mean sexual preference and only applies to gender.

Clause 1 of Article 8 states that "all persons are equal before the law and entitled to the equal protection of the law". Clause 2 states that "there shall be no discrimination against citizens on the ground only of religion, race, descent, place of birth or gender."

Malaysia – an Islamic or a secular state?

Mashitah Ibrahim had issued her statement in reply to a supplementary question from Ngeh Khoo Ham (DAP-Beruas) during parliament's question time. Ngeh had asked whether it was right for the government to respond to the LGBT issue based on religious doctrine.

Mashitah Ibrahim, however, said that through the many government initiatives, including rehabilitation and other programs, "many have returned to the path", thus indirectly stating that being gay is an aberration from the norm, an idea that angered LGBT and human rights activists.

"We see that LGBT happens following what is happening in Europe. It is not only individual but a movement. They are being mobilized to come out, as if they have been oppressed, on the excuse that their human rights have been taken away," the deputy minister added.

Grassroots activism in the mosque

But Islam can be the solution, argued Mariam and Nora, who admit that while it is an uphill battle, being in the mosque, interacting with other Muslims, "is the best way to create change where it matters.

"And it's in people's hearts. When I first came out people were really scared, shocked and believed I was doing something that was wrong in the eyes of God," said Nora, who converted before meeting Mariam at the mosque. "But then, when they saw my devotion and faith, things started to change."

The couple admits that . They point to the government's refusal to allow a dialogue on gay rights to be held in the country.

"But these are the older generation," began Mariam. "And we must accept that you can't change everyone, especially those who believe we are anti-Muslims. But we can start to approach those we know and those people who know us, because once they spend time with us and hear what we have to say, we often become friends. And it's because of our faith," she added.

While Malaysia is not likely to see a LGBT boom in the coming years, one thing is certain, people like Mariam and Nora and their mosque are beginning the grassroots work to establish a more nuanced perspective that allows individuality within faith that has the LGBT community optimistic that change can be manifested.

Home
Print
Newsletter
More on this topic
Homophobia among Muslims in Germany: A Question of Deficient Integration and Education''A Jihad for Love'' – a documentary by Parvez Sharma: Islam's Most Unlikely StorytellersInterview with Eytan Fox: Falling in Love with the Enemy
Related Topics
All Topics

One of the most relevant Malaysian artists of her generation, Yogyakarta-based Nadiah Bamadhaj uses sculpture, drawing, collage and video to challenge the restrictive societal ... END_OF_DOCUMENT_TOKEN_TO_BE_REPLACED

A recent knife attack on the security minister of Indonesia is a reminder of the danger of Islamist extremism in Southeast Asia. Security measures alone are not enough to combat ... END_OF_DOCUMENT_TOKEN_TO_BE_REPLACED 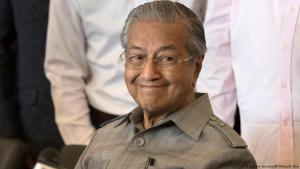 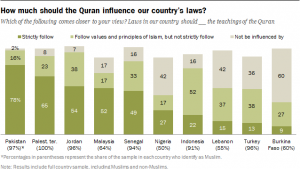 Across 10 countries with significant Muslim populations surveyed by Pew Research Center in 2015, there is a striking difference as to the extent to which people think the Koran ... END_OF_DOCUMENT_TOKEN_TO_BE_REPLACED 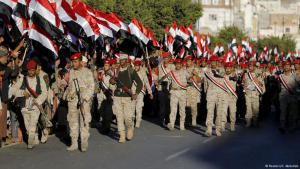 Defeat Islamic State - or become it

The dawn of 2016 has brought a new round of doomsday predictions that Saudi Arabia’s ruling Al Saud family cannot sustain its autocratic grip on power. The kingdom, pessimists ... END_OF_DOCUMENT_TOKEN_TO_BE_REPLACED 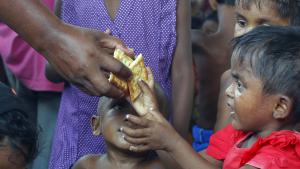 "These are people floating around, waiting to die"