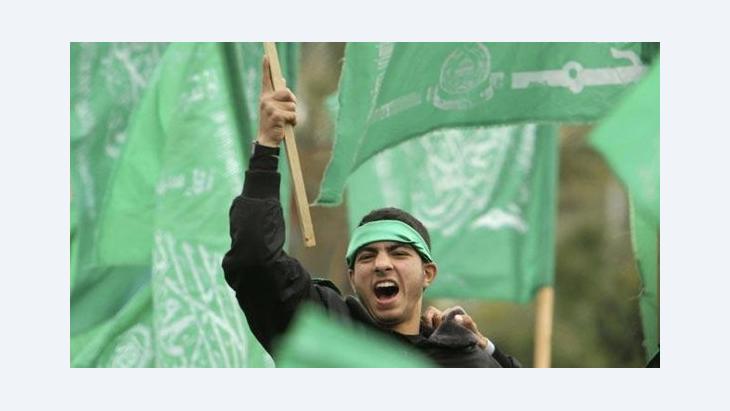 Gaza Conflict
A Boost to Hamas

﻿While Israel's air offensive in the Gaza Strip may have weakened Hamas militarily, it has also enhanced the group's standing on the international stage. The US and the Europeans are looking for ways to open dialogue with the new Arab world. Unconditional solidarity with Israel is no longer guaranteed. Commentary by Tomas Avenarius

The Arab Spring has come to Palestine. Not, as might have been expected, with a popular uprising against corrupt PLO cronyism under the powerless President Mahmud Abbas, partner of the Israelis and the West. Also not with crowds jeering Hamas, a group that has brought the people of the Gaza Strip nothing but war, death and destruction.

No, the Arab Spring came to the Gaza Strip in a black limousine: Egypt's prime minister stepped out, had a wounded child placed in his arms and with tears running down his cheeks, assured the people of his solidarity. His sentiments were echoed by Egypt's President Mohammed Mursi in Cairo, who said: "What is happening in Gaza is an attack on humanity."

The Egyptian guest had barely left before the Tunisian foreign minister arrived. And now the head of the Arab League is to honour Gaza with his presence. This appreciation of Hamas as representatives of the Palestinian people could not be more glowing: With its air offensive, Israel may have weakened Hamas militarily, but also boosted the group's political standing.

For a week now, the Israelis have been bombing the coastal strip that is a large 350 square metre prison for 1.7 million Palestinians. 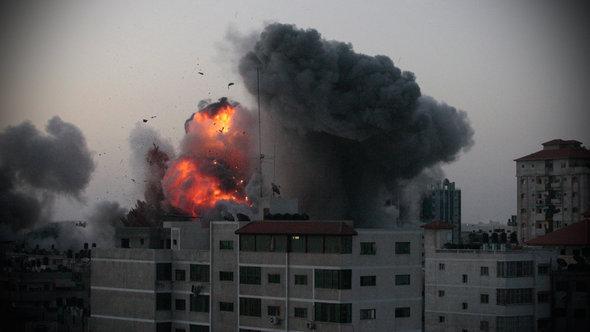 Recent policy of military confrontation: More than 80 Palestinians have been killed since the start of the Israeli military operation in the Gaza Strip on Wednesday, many of them women and children

​​The government of Prime Minister Benjamin Netanyahu justifies the strikes by saying that the rocket attacks from Gaza that have been going on for months "are not acceptable to any state"; that missiles are landing as far as Tel Aviv and Jerusalem, and Israelis are dying.

Civilians and children are also dying in Gaza. For 60 years, neither the suffering of one nor the misfortune of another has been able to break the ailing logic of the Palestine conflict. Terror or war – from the point of view of the victims, both amount to the same thing – and in the unholy land, both are apparently the only means to attain political goals.

The opponents' behaviour is pathological; Palestinians and Israelis have long internalized the violence. The most radical Arabs want to win back Palestine in its entirety, and question the Jewish state's right to exist. The Israelis say that the opponent's fire power must be decimated every few years, and believe themselves to be surrounded by enemies. This madness could have continued for a further 50 years. But the Arab uprising has dramatically altered the current climate: following the uprising, the Palestine question must be posed anew.

Secular leaders such as Gamal Abdel Nasser or Hafis Al-Assad unsuccessfully tried an "all-Arab" solution to the problem. Their delusional Arab unity ended with the wars of 1967 and 1973. Since then the Palestinians have been alone, with nothing more than lip service being paid to the idea of Arab solidarity, and corrupt regimes tolerating Israel's hardline policies under pressure from the West. 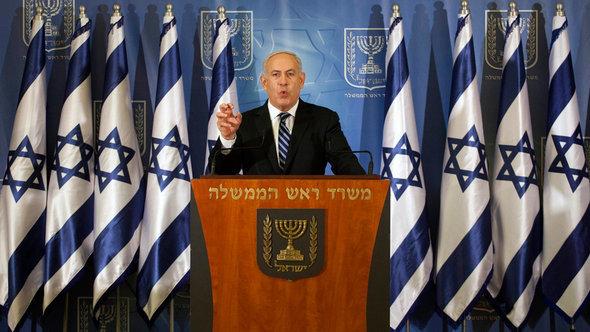 "With its bombs Israel can drive people into still deeper radicalism, and boycott negotiated solutions with its settlement construction: the Palestine issue will give burgeoning Arab self-awareness an even greater ideological boost - Netanyahu makes a useful enemy," says Thomas Avenarius

​​Now, as Islamists succeed the dictators, religious leaders can turn their attentions to Palestine. This comes easily to them: In Hamas they perceive one of their own.

Egypt, for example: The peace treaty with Israel was never accepted by the people. The President and Muslim Brother Morsi may know his international obligations. But he also wants to satisfy his voters. The Palestine question and the Camp David Accords could become an acid test, in spite of much more pressing social problems.

This will be a decision facing every nation where a regime has been toppled by people power. It even includes states in the region that have so far been spared any revolts: the Emirate of Qatar already has its chequebook at the ready. The Saudis are not splashing out, the Turks are presenting themselves as friends of Hamas.

The balance is also shifting on a broader international level. The US and the Europeans are looking for ways to enter into dialogue with the new Arab world: Unconditional solidarity with Israel is no longer guaranteed.

Yes, Israel can flex its muscles again. With its bombs, it can drive people into still deeper radicalism, and boycott negotiated solutions with its settlement construction: the Palestine issue will give burgeoning Arab self-awareness an even greater ideological boost – Netanyahu makes a useful enemy. It is only a matter of time before Israel finds itself facing not a pan-Arab, but an Islamist front.

A similar front faced Israel following the establishment of the Jewish state and was only broken up with the Camp David Accords. Now the cycle could start again from the beginning, if parties ignore the historic moment. The solutions are familiar: security for Israel, human dignity and a state for the Palestinians, pressure on the rivals exerted from outside. At any rate, the old excuses no longer carry any weight.

Millions in Idlib depend on aid coming through a northern border crossing. On 10 July, the UN Security Council votes whether to keep it open. The decision may hinge not only on ... END_OF_DOCUMENT_TOKEN_TO_BE_REPLACED

Although many Arabs express sympathy for the Ukrainian people, social media reveals a current of support for Russian President Vladimir Putin that is rooted in polarisation, ... END_OF_DOCUMENT_TOKEN_TO_BE_REPLACED

Bachtyar Ali sends the hero of his latest novel – "Mein Onkel den der Wind mitnahm" – literally flying. Jamshid is so thin after his years as a political prisoner that a gust of ... END_OF_DOCUMENT_TOKEN_TO_BE_REPLACED

The murder of a female student at Mansoura University in the Nile Delta has sparked a long overdue debate on femicide in Egypt. Karim El-Gawhary reports from Cairo END_OF_DOCUMENT_TOKEN_TO_BE_REPLACED

For a century, the Kurds and other minorities in Turkey have been subject to state repression. With his dissertation "The Kurdish Question in Turkey", political analyst Ismail ... END_OF_DOCUMENT_TOKEN_TO_BE_REPLACED

END_OF_DOCUMENT_TOKEN_TO_BE_REPLACED
Social media
and networks
Subscribe to our
newsletter