After a decision by the Supreme Judicial Council the judicial world in Egypt is split along those who encourage the presence of women on the bench and between those who strongly object to female presence as a practise that goes against the shari'a. Nelly Youssef reports

After a decision by the Supreme Judicial Council the judicial world in Egypt is split along those who encourage the presence of women on the bench and between those who strongly object to female presence as a practise that goes against the shari'a. Nelly Youssef reports 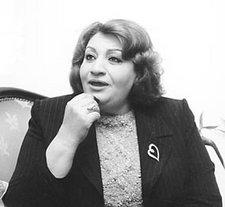 ​​"I swear by God Almighty that I shall adjudicate between people according to justice and respect of the law" – with these words the Egyptian woman embarks on a new page of her history as thirty female lawyers undertake this constitutional oath in front of the lenses of press and television cameras thus assuming their positions as magistrates.

The decision, considered one of its kind, was issued by the Egyptian Supreme Judicial Council (SJC) in April granting the Egyptian woman the right to sit on the bench.

The women lawyers, most of whom were wearing headscarves, took the oath at the Court of Cassation in the center of Cairo. Initially 31 women lawyers were set to take the oath except that one candidate declined, despite having passed the qualification exams brilliantly, citing personal reasons.

Oral and written exams were taken by 124 candidates from both the Administrative Prosecuting Authority and Office of Government Issues; with a major stipulation that the age of the applicants should not to be under thirty. This has been so far the largest number of female lawyers to have been appointed since the nomination by President Hosni Mubarak of Tahani al-Gebali as judge in the Supreme Constitutional Court in 2003, an appointment that was not without its dissenters and controversy on the position of women in the Egyptian justice scene.

The judicial world is split along those who encourage the presence of women on the bench as an example of the egalitarian principle between the sexes citing its application in other Islamic and Arab nations and between those who strongly object to female presence as a practise that goes against religious teaching, the shari'a, and the traditions of society.

Magistrate Mahmud al-Khudairi, deputy chief Justice of the Court of Cassation, expressed the opinion that the oath taking ceremony for these women judges was nothing short of a show on the part of the government whose sole objective is to announce to the West that Egypt is pursuing liberal policies and stands fair with regard to women.

He added that the appointment of women as judges would create many problems especially that in the Islamic shari'a the testimony of a single man is equal to that of two women and that this factor alone is sufficient factor, in his opinion, to prevent women assuming magisterial positions. Not to say, according to another opinion, that women are emotional by nature which can cloud their rational judgment in addition to the likelihood of prejudice toward their own gender.

Another reason cited for objecting to female judges concerns the nature of the job that requires private conferences, within the confines of closed court doors, with two or more of her male counterparts that often extends for hours – a situation which would place such a meeting in the context of an "unauthorized privacy" for women. Others have cited the negative impact on the hallowed status of the magisterial bench if the judge were to be pregnant.

The statements that created the most controversy were those issued by the Counsellor Magdi al-Garihi, the assistant general secretary to the Judge's Club for the Council of the State invalidating such appointments as irrelevant in a religious context as well as proposing that Egyptian Christians should be barred from becoming judges. Such statements were made despite the fact that a fatwa was issued supporting the appointment of female judges.

The Mufti of Egypt, Sheikh Ali Gom'a, responded in an official fatwa decreeing that the Islamic sharia does not permit the woman to become head of state but does not object to her becoming a judge pointing to the fact that Islam honours the woman and that there have been many women muftis and proselytizers since the time of the Prophet.

Muqbil Shakir, the head of the Supreme Judiciary Council, re-iterated in his speech to the women judges after they had taken their oath that the road to that moment had been indeed long and arduous.

The Arab Institute for the Independence of the Judiciary hailed in a general statement the presidential decree as a positive step toward rectifying many unjust situations that have prevented the Egyptian woman from exercising her constitutional rights in occupying magisterial positions and that the oath was a step toward respecting and implementing Egypt's international pledges especially those made against all form of discrimination against women.

Egypt's belatedness in comparison to other Arab Nations

The Institute also pointed out how customs and traditions have caused a delay in such a decision whereas other Arab and Islamic countries such as Afghanistan that has appointed 150 female judges and Morocco another 50; and that it is to the benefit of Egyptian society that the most efficient of its members would be qualified to assume magisterial positions regardless of their gender.

Hanan al-Sharawi, one of the new judges, listed her work experience to include fourteen years in the Administrative Prosecution Authority while holding a degree in Law, a diploma in General Law and another in Administrative Sciences from Cairo University. She is of the opinion that no one has the right to ban women from assuming magisterial positions and that those who do object should wait and base their criticism on issues such as efficiency; and that the nature of the job, after all, does not require physical exertion nor vocational skills.

Nancy Nabil Habib, the judge in Giza court stated that the Minister of Justice, Counsellor Mamduh Mar'i, in being specific regarding the criteria upon which the selection was made guaranteed that the most efficient and qualified women available in the field were nominated.

The regulations for these positions emphasize total neutrality toward the prosecution and the defense, the law and the regulations of appeal in addition to the rigorous and important professional and theoretical training and the administration of sessions.

Amal Mahmud Ata, the head of the Preliminary Court in Southern Cairo expressed her respect to all the critical opinions and objections to female magistrates taking into special consideration those of the religious scholars who have their minds made up. She points to the fact that she has worked for the past thirteen years in the Administrative Prosecution and that she personally has a family which has not impacted on her professional performance.

A woman, by her very nature, is loyal to any project she undertakes and law is primarily a profession based on documentation and regulations; the only area where emotions play a part can be witnessed at the conclusion of any criminal proceedings especially the parameters within which a sentence is deliberated.

Azza Suleiman, the head of Institute of Women Issues, lauded all enlightened magistrates who defended the right of women to assume the judgeship positions while shaming those who still regard women as a second class citizens in the twenty first century.

"There is no reason to put down women's proficiency but it is the image, born out of centuries old customs and outgrown traditions, in the minds of some that is truly deficient. Therefore, it is not the women but the perception of some to them is where the problem lies."

END_OF_DOCUMENT_TOKEN_TO_BE_REPLACED
Social media
and networks
Subscribe to our
newsletter