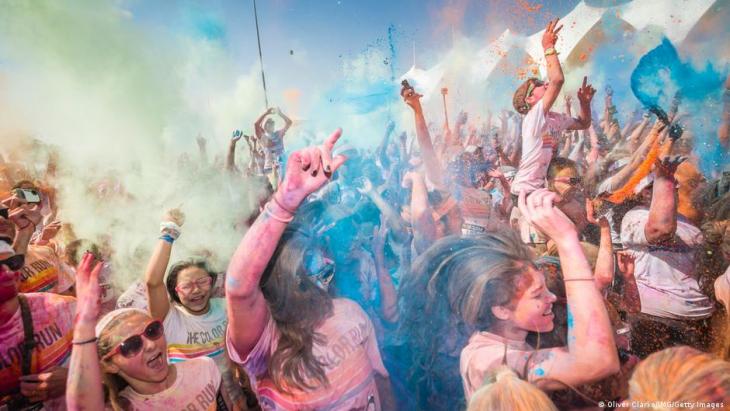 Queers have so far managed to live in the Gulf state by keeping a low profile. But UAE’s new crackdown on the LGBTQ community might change that, writes Jennifer Holleis

A kiss, a hug or holding hands – acts of fondness by same-sex couples in public have always been out of the question in the United Arab Emirates. Yet behind closed doors, it has been a different affair for members of the international LGBTQ community.

"Much of the Dubaian gay nightlife takes place in venues within the city's copious international hotels, which are technically open to all who can afford them," Ryan Centner, a professor of urban geography at the London School of Economics, concluded after six years of field research among gay expatriates in the UAE. "Not a single venue's webpage uses the word ‘gay' or related euphemisms, nor do they hint at targeting a gay crowd," he said in an interview on the school's website.

Social media or word of mouth

Information on the website Travelgay.com concurs. Dubai-based lawyer Matthew, originally from the UK, found that though there were no official gay clubs, "they're usually known through social media or word of mouth, although they're never advertised [as gay clubs]," he told the website in an anonymous interview. 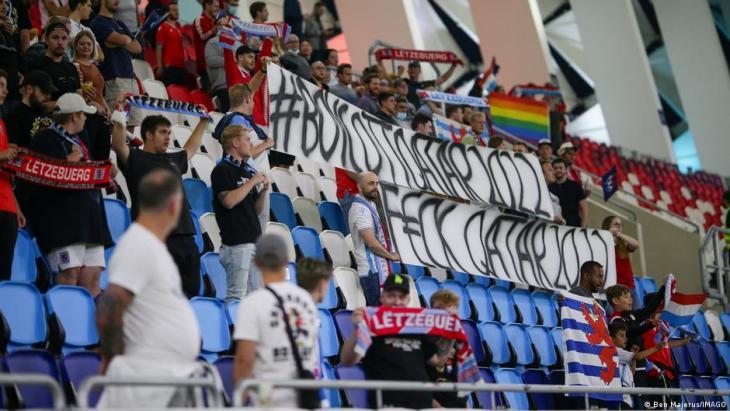 Controversy in Qatar: will the authorities allow the gay flag to be raised during the World Cup matches, and will gay couples be allowed to share hotel rooms during the tournament? The 2022 FIFA World Cup host country has been subject to much criticism in the run-up to the November event – specifically its dire record regarding the treatment of migrant workers and its attitude towards human rights in general

In Matthew's experience, staying under the radar works for the LGTBQ community since "Emiratis are very private, and respect of that privacy is paramount". All of this is despite the fact that the UAE's penal code stipulates punishments for "any flagrant indecent act". Often this means homosexuality. According to Article 358, any saying or act that offends public morals can see the perpetrator fined up to 50,000 dirhams ($13,000) or even imprisoned.

The International Lesbian, Gay, Bisexual, Trans and Intersex Association, or ILGA – representing more than 1,700 organizations from over 160 countries – reports, however, that only twenty-one people in the UAE were prosecuted for such offences between 2004 and 2021.

All of this is why much of the international LGBTQ community trusted that, as long as they kept a low profile, they could rely on the authorities turning a blind eye. Whether that will continue remains to be seen. Recently the UAE and other neighbouring countries have announced various measures that could indicate an even stricter approach to the LGBTQ community.

Saudi Arabia banned rainbow-coloured products earlier this month, Lebanon saw the authorities take action against events during Pride Month, while Qatar, now in the spotlight because it is hosting the upcoming FIFA World Cup, has been caught up in a debate about rainbow flags and how to host queer couples in local hotels.

Anti-LGBTQ+ sentiment is not new in the Middle East. What IS new is government-sanctioned/ government-sponsored efforts to vilify & persecute #LGBTQ community. This is happening from #UAE to #Turkey. @Copos will host a panel on this and other LGBTQ in #ME on OCT25. Stay tuned. https://t.co/UnDDFe5yto

During the first week of September, the UAE's Ministry of Education approved an updated code of conduct for education professionals. One of the tenets in the new framework explicitly prohibits "discussing gender identity, homosexuality or any other behaviour deemed unacceptable to UAE society" in class.

This will undoubtedly affect foreigners working in the country as English language teachers. It is the first time the code of conduct has used such language. At the time of writing the UAE Ministry of Education had yet to respond to enquiries regarding this new crackdown on the LGBTQ community.

For Radha Stirling, head of the UK-based law firm, Detained in Dubai, which specialises in Emirati law, this is nothing new. "It is not, and should not be, surprising that the UAE prohibits the teaching of a lifestyle that is itself prohibited by law," she said. "The UAE is interested in liberalisation in certain areas but they have to weigh this against public opinion and they cannot tolerate actions that incite a backlash," she added.

In fact, local opinion is a large part of the reason behind the recent wave of anti-LGBTQ measures across the region, asserted Mostafa Minawi, a professor of Middle Eastern and Ottoman history at Cornell University in the United States.

There is a pattern emerging behind the "coordinated effort in the UAE, Saudi Arabia, Qatar, Lebanon and also Turkey, who are all about cracking down on the symbolism of any LGBTQ existence in public, such as the rainbow flag," he explained.

Teachers told to toe the UAE moral line: for Radha Stirling, head of the UK-based law firm, Detained in Dubai, which specialises in Emirati law, this is nothing new. "It is not, and should not be, surprising that the UAE prohibits the teaching of a lifestyle that is itself prohibited by law," she said. "The UAE is interested in liberalisation in certain areas but they have to weigh this against public opinion and they cannot tolerate actions that incite a backlash"

"Saudi Arabia and the UAE have been reframing their relationship with Israel, which is highly unpopular with some parts of the population," he argued. "So what better method is there to send a message to the local population that they are still holding on to their traditions?"

Local LGBTQ populations are political scapegoats, he said. "This time it is not women, and not migrant workers [that are being scapegoated] because they are in the spotlight of human rights organisations due to the upcoming World Cup in Qatar," Minawi added.

The laws may appear to target local LGBTQ community members, but none of this is good news for internationals in the UAE either. According to the latest update of the global equality index, Equaldex, the UAE is ranked at 5 out of 100 points, with zero points being the worst.

"The UAE continues to be one of the most dangerous places for LGBTQ people and tourists," said Dan Leveille, head of Equaldex. And he does not think this is about to change any time soon.

"Earlier this year, we've seen the UAE ban the [Disney] film Lightyear for a same-sex kiss. Anti-gay sentiments remain high and I haven't seen any data that shows sentiments are improving."

Home
Print
Newsletter
More on this topic
LGBTQ+ Pride: Being queer and ArabIslam and homophobia: The hatred on our doorstepLGBT in Islam: "Islam does give us leeway to think"
Related Topics
Arab world, Diversity, Gender, Human rights, LGBTQ rights, Minorities in the Muslim world, Mohamed bin Zayed Al Nahyan, Sexuality and eroticism in Islam, Transgender
All Topics

How is one to convey the history of Islamic images of Muhammad freed from today’s polarised politics? What are the challenges and pinch points of this particular academic ... END_OF_DOCUMENT_TOKEN_TO_BE_REPLACED

The devaluation of the Egyptian pound combined with rising food prices is taking its toll on Egypt. More and more people are slipping into poverty. Karim El-Gawhary reports from ... END_OF_DOCUMENT_TOKEN_TO_BE_REPLACED

Chinese President Xi Jinping's visit to Saudi Arabia in December 2022 may have rattled Washington, but it simply highlighted the Arabs’ desire to diversify their foreign relations ... END_OF_DOCUMENT_TOKEN_TO_BE_REPLACED

Lebanon was long viewed as the Switzerland of the Middle East. Until relatively recently, billions were deposited in its banks. Gulf states were among the foremost investors in ... END_OF_DOCUMENT_TOKEN_TO_BE_REPLACED

Protests by Western activists at the FIFA World Cup may have backfired and sparked a backlash against gay, lesbian and queer communities in Qatar, critics say. By Cathrin Schaer END_OF_DOCUMENT_TOKEN_TO_BE_REPLACED

According to a recent survey, half of all Iranians say that they have left Islam as a religion, while two-thirds believe Islamic law should be excluded from their legal system. In ... END_OF_DOCUMENT_TOKEN_TO_BE_REPLACED
Author:
Jennifer Holleis
Date:
Mail:
Send via mail

END_OF_DOCUMENT_TOKEN_TO_BE_REPLACED
Social media
and networks
Subscribe to our
newsletter