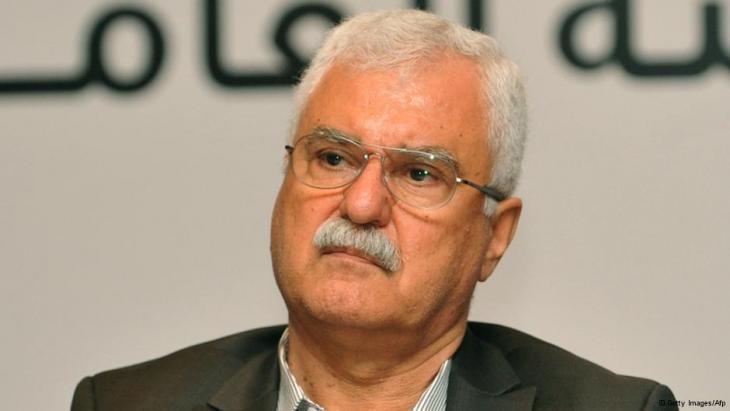 "We Always Have to Hope for a Political Solution"

The president of the Syrian National Council George Sabra tells Najima El Moussaoui why peace talks with Bashar al-Assad in his opinion will only waste time, but that he still believes in a diplomatic solution

The Syrian National Coalition says it will only take part in the peace talks in Geneva on November 23 if President Bashar al-Assad steps down. Would you agree?

George Sabra: Yes that is right. As long as Bashar al-Assad is still in power, nobody can believe that any sort of new era can open in Syria. The Secretary-General of the United Nations told the world that Assad committed crimes against humanity. So how can anybody imagine that he can be a president anymore?

Do you think Assad is honestly willing to accept peace or is he just under pressure to act?

George Sabra: Nobody can believe that he wants peace. Imagine the situation inside Syria right now. People in Damascus province, in Daraa they're dying of hunger. Assad's regime is using chemical weapons in front of the world and killing thousands of people. Do you think this situation implies that Assad is really serious in finding a peaceful solution?

This week the Syrian National Council will decide if it will participate in the Geneva peace conference. What is your position?

George Sabra: I am the president of the Syrian National Council and we had decided not to go to Geneva in this environment. We want to see something new. But we are also part of the Syrian National Coalition (the main Western-backed opposition umbrella group – ed.), which will have a meeting with the UN General Assembly November 1-2, and then the coalition will make the final decision on whether we attend Geneva or not. 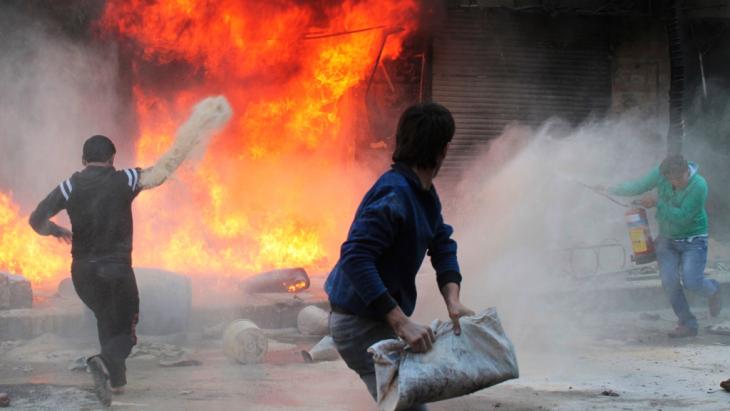 "Assad's regime is using chemical weapons in front of the world and killing thousands of people. Do you think this situation implies that Assad is really serious in finding a peaceful solution?" George Sabra, the president of the Syrian National Council, the largest group in the Western-backed opposition coalition, says the council would not attend the international Syria conference in Geneva

You say that the environment has to change. What exactly do you mean?

George Sabra: First of all, the killing of people inside Syria has to stop. Imagine – for two years now – people are being killed not just everyday, only but every hour and second. The Hezbollah militia must withdraw from Syria. We have to have a guarantee and a resolution by the Security Council that Assad can no longer be a part of Syria's future, especially during that transitional period.

Do you still believe in a diplomatic solution?

George Sabra: We always have to hope for a political solution, and in the end we will reach a political solution. But we are asking our friends and the world to help Syria to defend itself. We have to convince Assad that a war is not the solution of the problem in Syria. The only way is to support the Free Syrian Army and the Syrian people to defend themselves.

But this is not a diplomatic way; this would be a military way.

George Sabra: Yes I know. But unfortunately we have to use force sometimes to reach a political solution.

In an interview earlier this week with Lebanon's Al-Mayadeen TV, Assad said that the opposition will not be able to lead the Syrian people because most of them live in exile.

George Sabra: It's a bit wrong. Imagine a man like me. I have spent 40 years of my life in opposition to Bashar al-Assad and his father. Since 1970, I went to prison several times. I only left my country in 2012. So how can anybody talk to me about exiled opposition?

Do you think there is a chance that the Syrian National Coalition will sit together with Assad at the round table and try to find a diplomatic solution? Do you believe this is even possible or is it only a vision of the West?

George Sabra: I think we risk losing time and giving Assad another chance to kill more and to believe he can win the game against the Syrian people by force. As long as Bashar al-Assad is still in power this will cause problems not only for Syrians inside Syria but all across the Middle East. As he gradually tries to transfer the problems to other countries like Lebanon, Turkey or Iraq, Assad and his regime become dangerous for peace in the Middle East.

George Sabra was elected president of the Syrian National Council in November 2012. It is the main opposition group in the country. The 66-year-old has been politically active in the Syrian opposition movement since the 1970s.

Arab women played a leading role in the protest movement of 2011. Since then, ongoing social transformation has had a considerable impact on their lives. What is their assessment ... END_OF_DOCUMENT_TOKEN_TO_BE_REPLACED

Turkey's parliamentary and presidential elections are scheduled for June 2023. But they are already casting a shadow. While the opposition is calling for early elections, ... END_OF_DOCUMENT_TOKEN_TO_BE_REPLACED

Jewish voices are much more diverse than the public often sees. Jewish men and women who oppose the injustice of Israeli occupation in the West Bank deserve our respect and ... END_OF_DOCUMENT_TOKEN_TO_BE_REPLACED

By stage-managing his re-election in a poll widely dismissed as a farce, Syria's President Bashar al-Assad has killed two birds with one stone: he has forced his compatriots to ... END_OF_DOCUMENT_TOKEN_TO_BE_REPLACED

The Germans have a fragmented perception of the conflict between Israel and the Palestinians, and their discourse is dominated by certain catchphrases. All the while, there is a ... END_OF_DOCUMENT_TOKEN_TO_BE_REPLACED

An unusual organisation brings Jews and Muslims together to fight hate and promote dialogue. In the small central German city of Marburg they have been jointly calling for an end ... END_OF_DOCUMENT_TOKEN_TO_BE_REPLACED
Author:
Najima El Moussaoui
Date:
Mail:
Send via mail

END_OF_DOCUMENT_TOKEN_TO_BE_REPLACED
Social media
and networks
Subscribe to our
newsletter