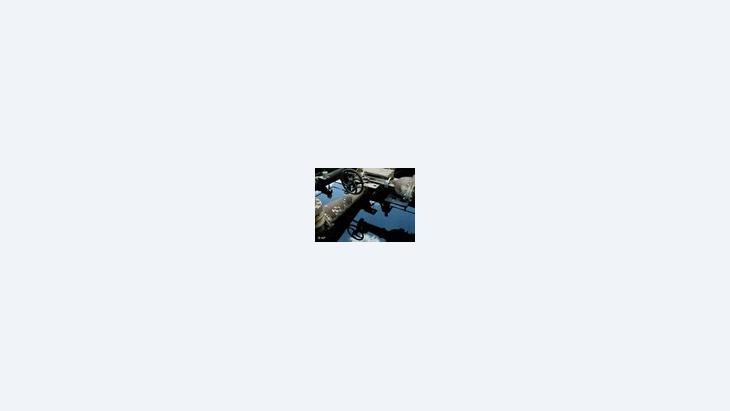 German Companies Get Serious about Iraq

As the reconstruction of Iraq begins in earnest, Germany’s small and mid-sized companies prepare to reestablish old business ties in Baghdad and beyond.

As rebuilding efforts in Iraq begin in earnest despite a deteriorating security situation, leaders of Germany’s small to medium-sized companies are increasing their focus on Iraq and the possibility of once again doing business in the Mideast country.

Instead of focusing on major infrastructure projects largely controlled by the United States, which are largely going to American conglomerates like California-based engineering giant Bechtel, German companies are focusing on reestablishing their old ties. They have good reason to: Before Iraq fell under a United Nations embargo in 1990, Germany was one of its top trading partners.

In 1982, Germany exported €4 billion worth of products to Iraq. And even during the embargo, when contracts for exports and services were controlled by the UN, German companies still exporting €400 million ($436 million) worth of products each year.

Finding ways to retap that once lucrative market will be the subject of a major conference in Bonn on Sept. 2 organized by the Chambers of Industry and Commerce of a handful of major western German cities. Representatives from around 100 companies will converge at the meeting to consider both the opportunities for and obstacles to opening shop in a country that has been cut off from the world for the greater part of the last 13 years.

​​Dorothea Gelan Khulusi -- who runs the Association of Iraqi Businesses, an organization in Germany that represents close to 400 medium-sized companies in Iraq – will be a major player at the conference, offering advice from the Iraqi point of view to German companies at the conference.

"These companies have all managed to stay above water throughout the embargo years and survived both wars," she said. "Some of these companies are even equipped with German technologies that are now in need of repair or replacement." Many are turning to Khulusi’s organization in order to resume contact with suppliers in Germany who can help lead their businesses into post-Saddam Hussein Iraq.

Some Iraqi companies are already seeking the aid of German companies, like the Baghdad cigarette factory operated by Sabah Sarhid Abbas, whose factory was originally equipped by Hamburg-based Hauni, a company that provides supplies for the cigarette-making industry. In an interview with the German newspaper Handelsblatt, Abbas said he would like to turn to the Germans and not the Americans to help refurbish his production facility.

Despite the desire of executives like Abbas to do business with Germany, companies in Iraq and Germany face many hurdles. As long as there is an occupying force and no legitimate Iraqi government, rule of law remains arbitrary and there are no guarantees for corporations.

Some have complained that the German government has not extended Hermes -- the government’s export guarantee facility that covers investment risks in third world countries – to small and mid-sized businesses that want to invest in Iraq. Without any kind of protection in a country where American and British soldiers are still getting killed almost daily, many mid-sized German businesses are questioning the advantage of Iraq investments.

But Khulusi downplays the situation. "Well, you certainly need the pioneer spirit to enter into business in Iraq right now," she said. "But you also have to bring a little trust with you. That’s the most important thing. Because Iraq isn’t a lawless country. It’s a free-trade zone. You don’t need a visa, you don’t have to pay any customs and neither do you have to pay any taxes. Iraqi trade law remains in place and the occupying forces haven’t changed that. You could say that what they’ve done is cleaned up those rules and taken them back to their original form."

Still, Khulusi’s organization is discouraging German companies from traveling to Iraq right now – the situation is still far too risky. The most important thing is establishing contacts, she said. Iraqis, she said, are very interested in resuming economic relations. To that end, Germany companies shouldn’t fear whether Iraqis will be reliable paying customers. The country’s oldest private bank has been reopened, and as soon as the money flows in, Germans can begin exporting goods to Iraq.

Conducting an export business with Iraq is still logistically difficult. That’s where entrepreneurs like Joachim Donath step in. Donath is the CEO of M.G. International Transports, a logistics business in the western German city of Siegen that has done business in Iraq since the 1970s.

"Even in the past, it was never an easy task to deliver or receive goods in Iraq – and this hasn’t gotten easier today," said Donath. "For us, it’s actually gotten more difficult. First of all because of non-existent security. On the other hand, we already know the country – we have since 1974 – and that’s a huge advantage we have over the competition."

Still, savoir-faire has its limitations. In early July, one of Donath’s drivers was kidnapped at gunpoint while making a delivery. Both truck and driver were only freed after the kidnappers received a ransom payment of $6,000, according to a report in the newsweekly Der Spiegel.

​​Given German Chancellor Gerhard Schröder’s outspoken disapproval of the war in Iraq, many companies here expected to be shut out of the rebuilding process by their American competitors. But in situations where German companies are in a position to handle logistics or provide another service that American companies are unable to handle, Germans have proven successful.

Indeed, express delivery service DHL, operated by former German mail monopoly Deutsche Post, is one of the largest mail and supplies delivery contractors for the U.S. military in Iraq, with multiple daily flights into Baghdad carrying as much as 50 tons of daily letters between soldiers and their families.

German companies have learned that America can’t go it alone in rebuilding Baghdad and the rest of Iraq, whose infrastructure has been devastated by two wars and more than a decade of sanctions. As security in Iraq slowly stabilizes, German companies will begin to take advantage of business opportunities with their former trading partners in Iraq.

Looking outwards with the knowledge from within: a conversation with the Iraqi writer Sinan Antoon on the future of his homeland. Interview by Lena Bopp END_OF_DOCUMENT_TOKEN_TO_BE_REPLACED

The terror attacks in Paris, Brussels and Berlin were all carried out by men radicalised in jail. In Germany, politics and the judiciary are trying out new approaches to prevent ... END_OF_DOCUMENT_TOKEN_TO_BE_REPLACED

The "maqama", a classical Arabic form of prose-poetry, is still almost unknown in Germany – as is the name of the 11th-century Baghdad poet Ibn Naqiya. A new translation has the ... END_OF_DOCUMENT_TOKEN_TO_BE_REPLACED

Two and a half years since its liberation from the Islamic State group, large areas of Mosul still lie in rubble. Germany is contributing in a variety of ways to the ... END_OF_DOCUMENT_TOKEN_TO_BE_REPLACED

The assassination of the Iranian general Qassem Soleimani in a surprise U.S. drone strike is being used by the Islamic Republic of Iran to political ends, says Iranian journalist ... END_OF_DOCUMENT_TOKEN_TO_BE_REPLACED

The upheavals of the past year in the MENA region are arguably as momentous as those of the Arab Spring in 2011. Yet perhaps the biggest difference is that our interest seems to ... END_OF_DOCUMENT_TOKEN_TO_BE_REPLACED
Date:
Mail:
Send via mail