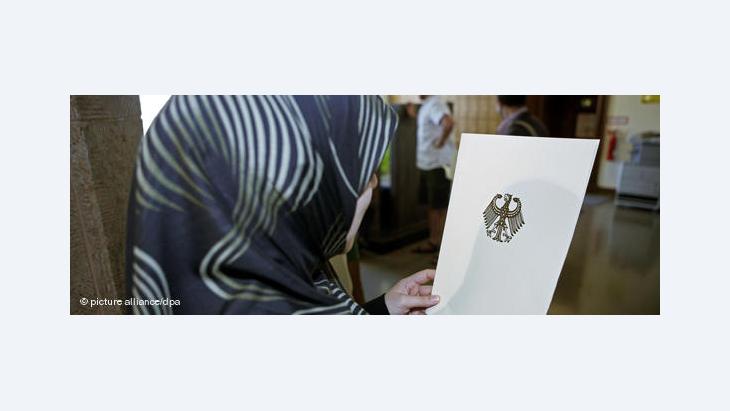 ﻿When it comes to Islam, the German media appear to alternate between waves of criticism and waves of support. Society is deeply divided in its perception of this "immigrant religion", though mutual knowledge and understanding is gradually increasing, Gregor Taxacher says

One could be forgiven for thinking in recent years that criticism of Islam rather than Islam itself had arrived at the heart of German society. For quite some time this criticism would be expressed somewhat cautiously, most journalists not wishing to be accused of xenophobic sentiment.

Multiculturalism and tolerance tended to be more of a left-wing domain, while the debates on whether Germany should have a "Leitkultur" – a leading or dominant culture – were left to the conservatives. Then, however, the international conflict with Islam overrode the German position.

This was brought about by authors from a liberal and emancipatory camp who claimed that Islam had neither the capability nor the inclination to become established in an enlightened western democracy: Necla Kelek is a sociologist of Turkish origin, Alice Schwarzer is a symbolic figure who stands for feminism, Thilo Sarrazin is a social democrat, while Ralph Giordano and Henryk Broder are Jewish journalists. 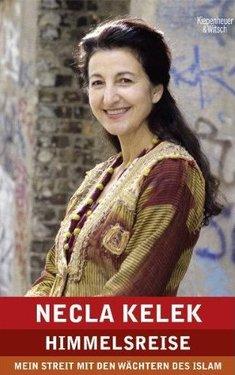 Ordinary German Muslim citizens as auxiliary forces of Ahmadinejad and al-Qaida: cover of Necla Kelek's "My Struggle with the Guardian's of Islam"

​​Perhaps it is only logical if a self-proclaimed conservative journalist counters fears of "capitulation" (Broder) with warnings of "scaremongering" as regards Islam: Patrick Bahners, chief feature editor at Frankfurter Allgemeine Zeitung, appeals in his book of the same name for a kind of conservative multiculturalism which does not regard the state as the supreme educational authority and which accepts different value orientations and lifestyles in society, providing these remain within the boundaries of the law: including even those which may appear suspect to the western secular self-conception.

Bahners by no means disputes the dangers that a genuinely politically radicalized Islam can pose. He does, however, condemn a German delusion which sees "the auxiliary forces of Ahmadinejad and al-Qaida waging a covert war in our everyday lives".

He is confident that the majority of immigrant Muslims are in fact more than willing to integrate into German society. In Germany, he says, problems posed by extreme or minority groups are always allowed – without any empirical evidence whatsoever – to colour the perception of the great majority of Muslims.

Has Islam arrived in Germany?

Bahners, in other words, is pinning his hopes on the fact that Muslims like the Upper Bavarian Imam Benjamin Idriz do indeed speak for the silent majority of German Muslims. Idriz recently wrote a book entitled Grüß Gott, Herr Imam in which he not only seeks to demonstrate that his religion has arrived in Germany but also that Islam is compatible with democracy and human and women’s rights.

In doing so Idriz entirely echoes the sentiments of Muslims like Lamya Kaddor, who claims: "In the faith practised by most Muslims, this has long since become a reality in many ways."

Kaddor, a teacher of religious studies, has compiled a textbook for the teaching of Islam in German, and has established the Liberal Islamic Federation (LIB). This is intended to make it clear that the traditional Islamic associations in Germany are not representative. For similar reasons, a centre for Islamic women’s research and promotion has been operating in Cologne for years; its protagonists wish to develop a kind of feminist Islamic theology.

Who is a Moslem?

Critics of Islam describe such phenomena simply as exceptions, and it is a fact that one problem lies in the extremely scant empirical data which exists on Islam in Germany. There is even uncertainty about the exact total number of Muslims in Germany: in 2009, a survey conducted by the Federal Office for Migration and Refugees increased this number as compared with earlier estimates to 4 to 4.5 million. But who in fact is a Moslem? 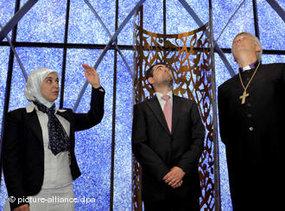 "Islam has arrived in Germany": Benjamin Idriz (centre) with Gönül Yerli of the Islamic Forum and Bishop Friedrich, head of the Protestant church in Bavaria

​​Because Islamic mosque communities do not keep lists of their members and no certificates of affiliation comparable to Christian baptismal certificates exist, numbers are based simply on whether people belong to a traditionally Moslem ethnic group. An organization has already been established to protest against this: the Central Council of Ex-Muslims which seeks to defend itself against the claim "once a Moslem, always a Moslem".

The biggest Islamic organization in Germany, the DITIB, has some 150,000 members, while Milli Görüs has just 27,000 – and all other mosque umbrella organizations have far fewer: although most Muslims are traditionally rooted in their religion, they tend not to engage in religious politics.

Furthermore, there is no such thing as "the one" Islam in Germany: according to information provided by REMID, an independent media and information service in the area of religious studies, alongside a good 2.5 million Sunnis, some 400,000 Alevis also live in Germany who cannot be assigned to the traditional Arab Islam.

In addition to different religious denominations, there is also national diversity: Turkish and even African Muslims generally have little in common with Muslims from Saudi Arabia as far as ethnic background is concerned.

"Future books about Islam in Germany will become more boring", predicts Thomas Lemmen, honorary managing director of the Christian-Islamic Society in Germany. He attributes the exciting books published in recent years to a deficit in western Islamic studies: for far too long, this field saw itself as merely a branch of Oriental studies, and there was virtually no research done on Muslims outside their countries of origin. 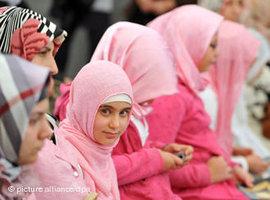 Predicted boring future of Islam in Germany: Experts say the debate about Islam will cool down as greater expert knowledge on the subject increases

​​This gap was filled by self-proclaimed experts who tended to make blanket judgements and gave the media the sound bite answers they wanted to hear. "Naturally, criticism of some phenomena of Islam is justified", says Lemmen. "But in future it will have to be combined with greater expert knowledge".

There is growing expertise emerging on the Islamic side, too: there are now seven chairs in Islamic religious studies in Germany, where teachers of Islamic religion and Imams are trained – thus finally producing native German intellectuals in the domain of immigrant religion.

On the radio station SWR, Muslims give the Wort zum Freitag (i.e. The Sacred Word on Friday), while the television channel ZDF broadcasts an online Forum am Freitag (i.e. Forum on Friday). As a result, more differentiated opinions from Muslims can be heard in Germany, rather than simply opinions about Islam.

The fact that the debate is beginning to shift is thus due to long-term integration of Islam into German reality, a process that is taking place at a more everyday and far-reaching level than Islam critics realize. Lemmen points to a project in which Muslim and Christians are trained together to become emergency counsellors offering spiritual guidance: "That is the reality which gives the lie to all the talk of marginalization and parallel societies".

Gregor Taxacher is a theologian who works as an editor for German broadcaster Westdeutscher Rundfunk and as a freelance author (focusing, among other things, on Christianity, Judaism and Islam) in Cologne.

Political analyst Taqadum al-Khatib argues that Egypt can, in co-ordination with its European partners, develop a common vision to solve the complex conflict in Libya. For this to ... END_OF_DOCUMENT_TOKEN_TO_BE_REPLACED

At the suggestion of his Arab students, Israeli psychologist Ofer Grosbard created the project "Quranet", which uses texts from the Koran to solve educational problems in schools ... END_OF_DOCUMENT_TOKEN_TO_BE_REPLACED

Libyans have mixed feelings about the EU. On the one hand, they admire what Europeans have achieved, but on the other, they feel let down. Moutaz and Walid Ali report from Tripoli END_OF_DOCUMENT_TOKEN_TO_BE_REPLACED

Turkey's President Erdogan wants to create a second Bosphorus. The cost to the economy and environment would be enormous – and that's why Istanbul's mayor is attempting to stop ... END_OF_DOCUMENT_TOKEN_TO_BE_REPLACED

Libya is in turmoil and no political solution is in sight. The EU's inability to take concerted action in the country, meanwhile, is being exploited by third parties, such as ... END_OF_DOCUMENT_TOKEN_TO_BE_REPLACED

Contemporary artist Mona Hatoum is one of those figures whose presence in western capitals stimulates much attention and critical writing, while her exhibitions in Arab cities ... END_OF_DOCUMENT_TOKEN_TO_BE_REPLACED
Author:
Gregor Taxacher
Date:
Mail:
Send via mail